When I was a little girl, I knew early on that I enjoyed talking to people. Sometimes, I didn't know when to shut up and, even today, I notice the subtle change in my husband's expression and the way his eyes glaze over slightly when I talk...and talk and talk. I attribute this gift of gab to my Dad who lit up a room with his tall tales and spirited conversations.

My chatty nature and ease of blabbering away was a shoo-in for making acquaintances out of total strangers. My reason for striking up conversations wasn't to drag a new friend into the fold, kicking and screaming, but rather it was a staple of my gregarious nature. Sooner or later, for one reason or another, most of these people were relegated to the sidelines of friendship and demoted to associates. They became people I rarely saw, seldom gave more than a passing thought to and never sent a Christmas card.

Just as one would never go into a marriage with the expectation of it leading down that bumpy road of divorce, the same applies to friendships. You go into friendship eager to forge what you hope will be a lifelong bond with that person upon whose shoulder you can lean, let down your guard and be as silly as any nonexistent law allows. You're hoping for the friend who just gets you. 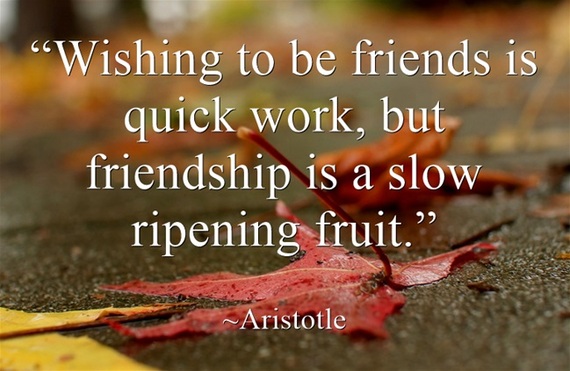 Women have the unfortunate reputation of not being able to get along with one another. Some women can be catty, defensive, jealous, moody, insecure or distrustful. However, life is not a Real Housewives franchise and not all women behave in such abhorrent ways as depicted on reality TV.

Still, we can be our own worst enemies. There is an unspoken competition taking place, even when many women aren't aware they're contenders. For some, this concealed antagonism starts from the word "go" as we play a match of one-up-womanship, comparing ourselves with another woman's looks, job, money, house, children, clothing, etc. Our friendships come with limitations, stipulations and initiations. 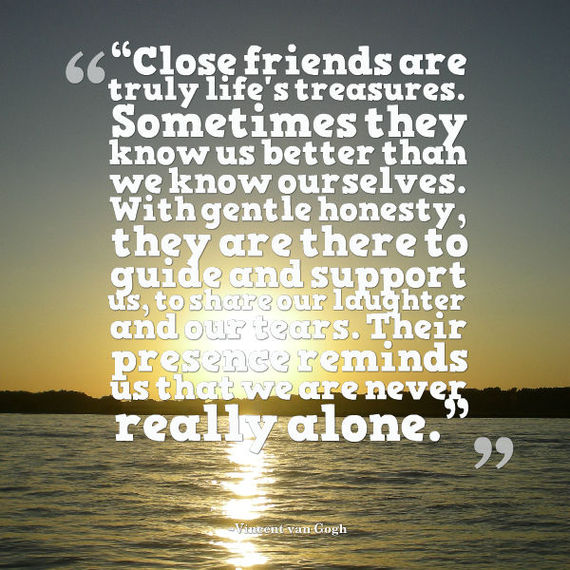 It's not uncommon to desire friendships with other women. After all, it's part of the human dynamic, and as women-who tend to be intrinsically empathetic and nurturing-it may rub us the wrong way when we fail to form a connection with others.

Unlike our childhood days, making friends as adults requires an investment of honesty, time and patience. BFFs don't just happen overnight, no matter what Hollywood fairytales would have you believe. Many already have their established circle of friends and, as such, some women find it difficult to insert themselves into this protected bubble. Life changes such as a new job, relocation or a change in relationship status can put us in a place of emptiness. We're new to the game and haven't quite caught on to the rules. We're the outsiders longing to make our way inside.

Does this mean we're desperate women? Certainly not. Men have their bromances; women need to feel a connection with other women and experience a sense of sisterhood.

As I ease into my 52nd year of life, I realize that I miss the friendships that were cultivated in my youth. I'm fortunate to have a handful of friends-true friends-that have been in my heart since childhood. However, while friends have come and gone over the years, twice in my adult life I turned away from the natural progression of friendships, turned my back on what was expected of me and turned off my friend radar: I broke up with a friend.

Saying "I no longer want to be your friend," was nothing if not difficult, but the alternatives were soul sucking.

My friendship with Rachel* was a slowly dying one. She disrespected me and rarely reached out to me unless it benefitted her. Somewhere along the way, Rachel regarded me as her frenemy. The break-up was a venomous one. Insults were hurled at me with reckless abandon, and Rachel even went so far as to enlist the aid of her then-boyfriend, Brian*, who called me at work to pick up where she left off with the verbal assault. She was determined not to play by the unspoken rules. My respect for her went out the window. 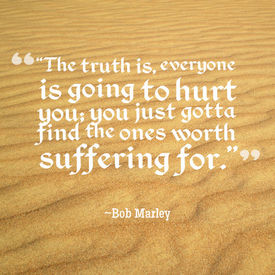 Years later, I saw the couple at a festival and Rachel behaved as if nothing had happened. I've never forgotten her...not because she was such a wonderful friend but because, when I unfriended her in real life, she turned into someone I didn't want to know. Her hurtful words left a scar on my heart and I was no longer willing to suffer.

When I ended my friendship with Tanya* it wasn't any easier. Ironically, her painful tentacles reached out and stabbed me at a time when I thought I was being a good, caring friend. Secrets were kept, suspicions were raised and, in the end, my concerns for her were overshadowed by her deceit. 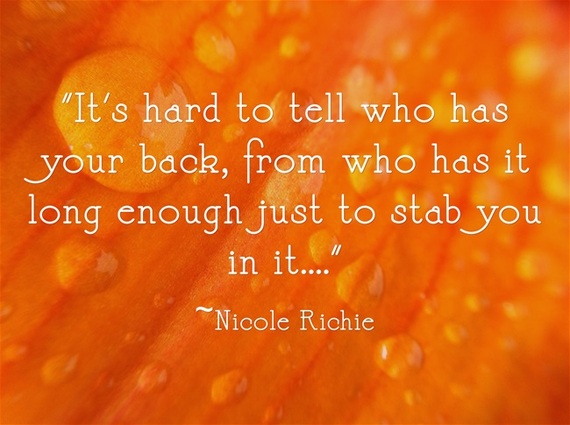 The loss of these friendships were nearly as painful as the breakup of my first marriage, however, these failed relationships have one thing in common: I came to a decision that needed to be made in order to rid myself of emotional toxicity.

While I cherish my handful of true friends, distance means we rarely see one another. Now, as I settle into a new home, a new city and a new state, I find myself once again pondering new friendships. Will new connections bring about a one-sided friendship? Will conflicts morph into a tumultuous emotional standoff? Will the commitment to friendship become hopelessly frayed around the edges?

Friendships need to be nurtured in order to blossom and grow strong. In this new chapter of my life, I refuse to shy away from the prospect of adding new links in my chain of friends. I won't, however, stockpile friends the way a chipmunk gathers nuts and shoves them into his mouth. When it comes to true friends, quality outweighs quantity.

Ladies, Can't We All Just Get Along?
7 Ways To Make Friends Post 50