Suicide bombings by women are escalating. Researchers estimate more than 200 female suicide bombers have blown themselves up since 2014, according to IRIN, a non-profit news org that covers humanitarian crises. These attacks--at markets, schools and even refugee camps--have killed over 1,000 people in Nigeria and neighboring Cameroon alone.

Terrorist recruiters are not ignoring women's deadly potential as suicide bombers. Neither should governments that wish to fight terrorism effectively. To do so, we must explore the economic and political underpinnings of this dangerous trend. 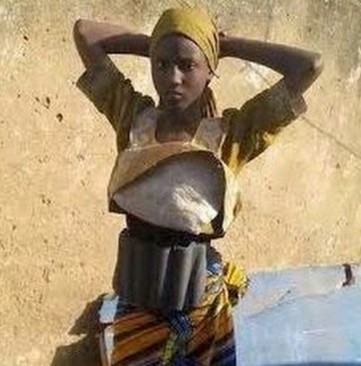 Financial Desperation May Be a Factor

In Coerced or Committed? Boko Haram's Female Suicide Bombers, (April 19, 2016), IRIN editor Obi Anyadike writes:"The same mix of factors that has motivated male recruits--revenge for security forces excesses, money for the family, and promise of a spiritual reward in exchange for a grim, disadvantaged present--can influence women to play a more direct role."

In Femme Fatale: The Rise of Female Suicide Bombers, Kathleen Turner, Army War College Fellow at the U.S. Institute of Peace, adds that "education and better opportunities for these young women must prevail over oppression, abuse or any other reason why they might join one of these groups. Women need to know there are other options besides joining a terrorist organization." (War on the Rocks, Dec. 14, 2015)

If financial desperation is a factor, we can fight back by empowering low-income Muslim women to find pathways out of poverty and subjugation. American foreign policy must also uphold women's political and economic rights globally to prevent them from being forced into terrorist activity.

The 2015/16 Global Entrepreneurship Monitor reports that in sub-Saharan Africa "women are participating [in entrepreneurship] at equal or nearly equal rates in most of the countries we studied in this region." This is an encouraging indicator that American foreign policy should support organizations striving to bring women into this area's economy.

She Leads Africa, for example, is an exciting Nigerian-based social enterprise that provides female startup entrepreneurs the education and financing to build and scale strong businesses. The organization is bringing SheHive New York to New York City June 2-5. This professional bootcamp will help young female entrepreneurs from Africa develop their business skills, and network with mentors and investors. 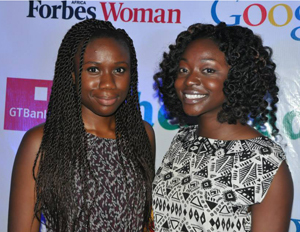 There is a flurry of female-led tech entrepreneurship in Kenya, as well, which has a large Muslim population. AkiraChix, for example, is an all-female collective of self-proclaimed "geeks" that encourages young Kenyan women to enter the burgeoning African tech industry by providing entrepreneurship, coding and programming classes. AkiraChix founders Marie Githinji, Judith Owigar, Linda Kamau and Agenal Odur have developed and marketed numerous products, including iMatch, a tool that helps NGOs connect charitable goods to local needs. 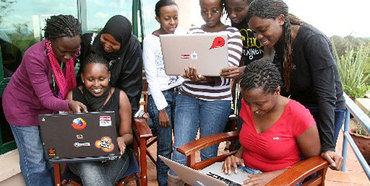 Muslim female entrepreneurs have a proud Islamic history. The Prophet Muhammad's first wife, Khadija bint Khuwaylid was a very successful entrepreneur. Khadija's father was a successful merchant in their Quraysh tribe. Upon his death, Khadija took over the business, trading goods from Mecca to Yemen. She proved to be a gifted businesswoman, developing a larger trading business than all other Quraysh traders combined. "Islam did not rise except through Ali's sword and Khadija's wealth," a saying goes.

In a 2010, Turkey's Union of Chambers and Commodity Exchanges chairman, Rıfat Hisarcıklıoğlu proposed Khadija bint Khuwaylid as a role model for Turkish women. "As Muslims," Hisarcıklıoğlu said, "we are trying to adhere to the Prophet's tradition. If you imitate the Prophet, motivate your daughters for entrepreneurship."

Female Muslim entrepreneurs can face crippling discrimination, however. In Turkey, women own 40 percent of small-to-medium businesses, yet only 15 percent have access to finance, according to the 2016 IFC report A Helping Hand for Turkey's Women Entrepreneurs.

Banks in Turkey have ignored this market segment, even though the World Bank estimates that female entrepreneurs represent an untapped market of $4 billion. To help solve this problem, IFC has partnered with Turkish banks Abank, Fiba Banka, and Sekerbank to provide $60 million in capital to women-owned businesses in Turkey.

The pioneer in providing finance so "the poorest of the poor" can start businesses is Grameen Bank in Bangladesh. Grameen (which means "village bank") was founded by economist Muhammad Yunus in 1983 as a micro-credit lender. Yunus reasoned that if financial resources could be made available to poor people on reasonable terms, "these millions of small people with their millions of small pursuits can add up to create the biggest development wonder."

In 2006, Grameen Bank and Yunus shared the 2006 Nobel Peace Prize for their work. Today, Grameen has 8.81 million borrowers, of whom 97 percent are women running small businesses and farms.

American officials made a huge policy blunder when they cut off benefits to the widows of Iraqi soldiers after Operation Desert Storm. This plunged Iraq's war widows into extreme poverty, fueling the kind of rage and resentment that has fed recruits into ISIS and enabled it to take key Iraqi cities.

In India, in contrast, I Create runs a practical grassroots entrepreneurship program focused on widows, abandoned women, and tribal women in impoverished rural areas. So far, I Create has helped more than 1400 women become entrepreneurs, chronicling just some of their stories in 101 Success Stories of I-Create Entrepreneurs. These women, in turn, have become role models for other disadvantaged women.

The United States should help bring these types of programs to troubled regions to fight the development of terrorist sympathies and actions among low-income women and their relatives.

UN Resolutions Should Include Economic Development for Women

The United States should also back U.N. Security Council Resolution 1325, which affirms the critical role of women in the prevention and resolution of conflicts. This resolution calls on all parties to conflict to take special measures to protect women and girls from gender-based violence, particularly rape and other forms of sexual abuse.

As a follow up to 1325, the Security Council has adopted Resolution 1889, which calls for strengthening women's participation in peace processes. The Security Council should also add a resolution that women must be involved in economic development decisions.

To fight the dangerous rise in female terrorism, we must include women in efforts to bring entrepreneurship education to low-income people, and help build entrepreneurial eco-systems that provide the capital, networking and mentoring female entrepreneurs need to succeed.

Part 3 of a four-part series on fighting terror with owner-entrepreneurship education and support for entrepreneurs. Click to read Part 1 and Part 2.