When Wired magazine set about compiling their recently released "101 Signals" list of the "best reporters, writers and thinkers on the Internet -- the people who understand what's happening," they included many valuable sources of insight and analysis. Yet as many readers noticed, the list is pretty glaringly incomplete. How? It includes very few women.

Why Wired thought this was appropriate or OK isn't clear. Does the magazine's staff sincerely believe there are so few female influencers in each of the featured categories? That was Katie Baker's take -- in her Jezebel post on the list, "Wired Magazine Doesn't Think Women Have Brains," Baker summarized the list's dismal representation of female thinkers:

There are ZERO women featured on the "Government and Security" list, one woman capable of delivering "high-value" "Business" information, one woman who understands "Design" (unless you count the Venus De Milo reference) and two women who get call-outs under "Consumer Technology.

The other possibility is that the Wired staff didn't think it was important to include women. Discussing how few females made the Consumer Technology list, Andrea Peterson at the Washington Post's The Switch blog wrote, "The only excuse Wired could have for not mentioning more of the influential women who write about tech is that it didn't look for them."

In response to Wired's omissions, we asked HuffPost staffers specializing in each of the featured topic areas to nominate women who should have made the list.

Turns out these women aren't so hard to find. 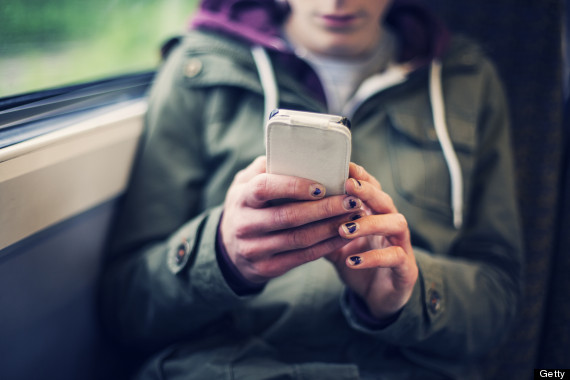 Wired included: 2 individuals (Mary Jo Foley of All About Microsoft; Gina Trapani of This Week in Google), 1 blog with a female contributor (Techno Buffalo -- Ashley Esqueda).

Lauren Goode (@LaurenGoode)
The ultimate gadgeteer, AllThingsD's Goode covers phones, apps and services as well as the latest startup acquisitions. Before AllThingsD, Goode was at the Wall Street Journal, where she produced and co-hosted the daily “Digits” technology show.

Jenna Wortham (@jennydeluxe)
Wortham, a tech reporter for the New York Times and contributor to the paper's Bits blog, has almost 500K followers on Twitter, where she offers the steady stream of links and conversation that have made her so beloved. She used to write for Wired's Underwire blog, which makes her omission from the "101 Signals" list especially strange.

Joanna Stern (@JoannaStern)
ABC's technology reporter covers the latest gadget and software releases, but she also posts regularly on the role technology plays in the culture, whether it's Google Glass appearing on the pages of Vogue or the Hey Girl browser extension. Before ABC she helped found the site The Verge, which offers relentless tech coverage. 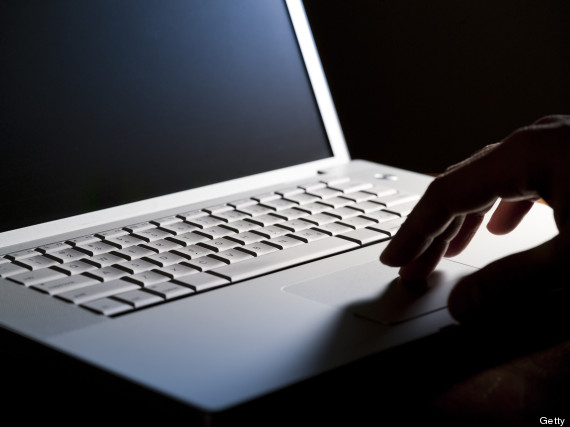 (Here we owe a hat tip to Julian Sanchez, one of the many men included in Wired's list, who beat us to our list with a blog post naming several women from the Government and Security space who deserved inclusion in Wired's roundup. Check out his post for his full list, but below are a few of them.)

Jillian C. York (@jilliancyork)
York is Director for International Freedom of Expression at the Electronic Frontier Foundation and a vocal expert on online censorship and surveillance. She blogs about privacy and government for Al Jazeera and previously worked at the Berkman Center for Internet & Society at Harvard.

Jennifer Granick (@granick)
Director of Civil Liberties at the Stanford Center for Internet and Society, previously of the Electronic Frontier Foundation, Granick, a former defense attorney, has studied, taught, written and tweeted about Internet security and privacy issues for years. Her Twitter feed is a constant stream of links and authoritative commentary.

Michelle Richardson (@Richardson_Mich)
She's an ACLU lobbyist, so she has a definite stance, but in this conversation strong opinions are expected and welcome. Count on her tweets to provide regular updates about her organization's position on privacy and security cases as they arise.

Julia Angwin (@JuliaAngwin)
Angwin is a tech reporter, columnist and blogger for the Wall Street Journal focusing on online consumer privacy, especially the ways in which big companies like Google and the federal government may or may not be tracking you. Her first book was Stealing MySpace: The Battle to Control the Most Popular Website in America, and her second, on "the importance of understanding and preserving electronic privacy in the age of social media and pervasive surveillance " is in the works. 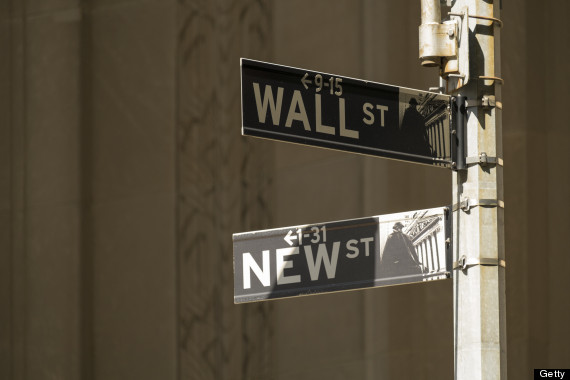 Jessica Silver-Greenberg (@jbsgreenberg)
According to Emily Peck, HuffPost's managing editor, business and technology, Silver-Greenberg "regularly breaks news in banking with amazing impact, like this recent piece. She's probably the best consumer banking reporter around. This is news about banks for real people that has strong impact." Before the New York Times, Silver-Greenberg was at the Wall Street Journal and Businessweek, where her work included an expose on how credit card companies target college students.

Heidi Moore (@MooreHN)
Moore, the finance and economics editor at the Guardian, is very active on Twitter, offering analysis and facts on financial news, and "uses her columns to break down issues that can be hard to understand," said Jillian Berman, HuffPost's associate business editor. "She owns Twitter for biz types," said Peck.

Bess Levin
She doesn't personally tweet, and yet Dealbreaker's executive editor "is feared, respected and funny as hell," said Peck. "+1 on Bess Levin. (I wanted to say her but Peck beat me to it)," said Strachan. 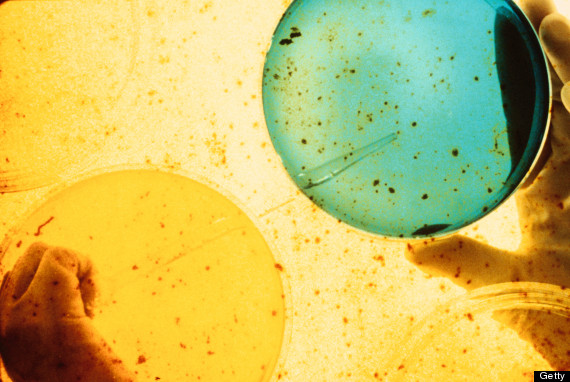 Sherry Turkle (@STurkle)
The MIT professor and author of Alone Together, is "the only 'unplug and recharge' advocate who is coming to the conversation with 25+ years of psychological research on human-computer (and human-robot) interaction under her belt. She is a total genius and I quote from her book all the time," said Meredith Melnick, editorial director, HuffPost Healthy Living.

Alice Park (@AliceParkNY)
From AIDS research in the late '90s to cutting-edge medicine and technology today, Park, a senior writer for Time magazine, is one of the most essential medical reporters working now. She's had fellowships at both Harvard and UCLA and contributes to the magazine's Olympics coverage as well.

Maryn McKenna (@marynmck)
Melnick nominated McKenna, author of SUPERBUG, because she is "a really calm, informed and authoritative voice on public health. She's also a leading expert on drug-resistant bacteria and PTSD." McKenna writes columns for Scientific American as well.

Ginny Barbour (@GinnyBarbour)
Chief editor of the online medical journal PLOS Medicine, Barbour is "just fantastic," said Melnick. Her Twitter account mostly features links to PLOS content, but if you're always looking for the latest health news, that's not a bad thing. Previously Barbour worked at The Lancet, one of the most respected medical journals in the world.

Brene Brown (@BreneBrown)
"She 'hacks into our lives for a living.' Studying the complexities of shame and vulnerability, Brown gave us insight into the emotions that influence our work, well-being and relationships the most," said HuffPost associate community editor Gina Ryder. The social worker and researcher's now famous TED talk on vulnerability has been viewed over 10.6 million times, and she has nearly 100K Twitter followers. 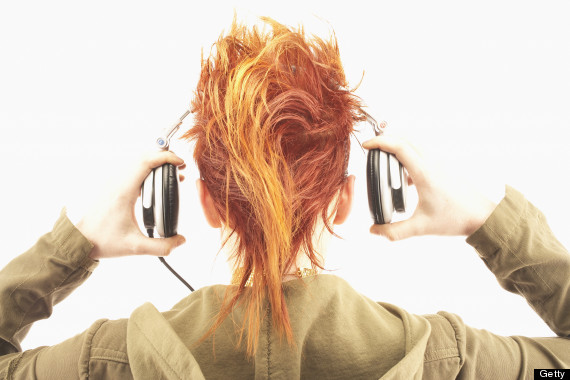 In this category especially, they missed sooooo many:

Emily Nussbaum (@emilynussbaum)
You don't need to own a TV to learn things from New Yorker critic Emily Nussbaum's tweets -- about television but also about writing and ranting and humor and passion and how to think a little bit better. Nussbaum on Twitter is a show and an education.

Heather Havrilesky (@hhavrilesky)
Havrilesky is best known for her TV writing, including but not limited to her "Mad Men" recaps for Salon and her near perfect New York Times Magazine "Riff" on "Girls" and girls. Count on Havrilesky to provide spot-on analysis of why some young actresses are beloved and some are hated, why novels need unlikeable male characters and how Fifty Shades is really all about the helicopters and baubles.

Alyssa Rosenberg (@AlyssaRosenberg)
Features editor and critic at ThinkProgress, Rosenberg is a columnist for Women and Hollywood and has written for Slate and other outlets. She "always has a thoughtful take on pop culture news happenings, no matter how trivial or important," said HuffPost TV West Coast editor Maggie Furlong. She's also fast. "If something happens, I look for her take within the hour, and it usually feels like something that would've taken a week to research and marinate on," said Furlong.

Ayesha A. Siddiqi (@pushinghoops)
When she's not calling out the veiled racism in the vitriol against Chris Brown or magazines' obsession with working lady problems, Siddiqi is on Twitter grappling with cultural questions big and small with her characteristic mix of humor and sincerity:

is there such thing as a 'white girl'? why? who says so, who is responsible for this construction? it's not starbucks I already checked

Linda Holmes (@nprmonkeysee)
The writer and editor behind NPR's Monkey See culture blog, Holmes is known for her wit and creativity on Twitter, whether she is discussing the latest A-Rod drama, brilliantly teasing the next episode of her show or issuing such sage "Breaking Bad"-related admonishments as:

Remember: Only you can prevent Monday morning think pieces about spoilers.

Latoya Peterson (@racialicious @latoyapeterson)
Peterson has been a powerful, smart and often very entertaining commenter on depictions of race in pop culture since before she started her blog, Racialicious, but that site, in addition to her work for Jezebel, Slate’s Double X, The Root, the Guardian and many, many other publications, has established her as an authority. She's currently a John S. Knight Journalism 2012-2013 Fellow at Stanford University focusing on mobile technology and digital access.

Maria Popova (@brainpicker)
Popova's blog, Brain Pickings, has been required reading for years. The mix of excerpts from unknown or forgotten books and striking maps and illustrations dug out of archives offer the sense of humanity and history that the fifth viral baby animal meme of the day always seems to leave us hungry for.

Maura Johnston (@maura)
Johnston, a music critic who helped found Gawker's Idolator, publishes her own weekly online culture mag, Maura Magazine. This tweet pretty much says everything you need to know about her:

raise your hand if you were expecting a pussy riot shoutout to appear on the new jimmy buffett album.

Carolina A. Miranda (@cmonstah)
HuffPost Arts & Culture editor Priscilla Frank points out, first and foremost, that freelance art critic Miranda illustrated the MOCA debacle in GIFs. She has written for Time, ARTNews, ARCHITECT and Art in America and also does radio, where she once reported on the history of the taco. 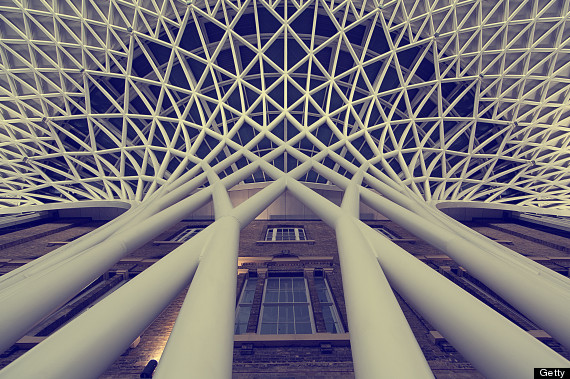 Debbie Millman (@Debbie Millman)
Millman's Design Matters podcast gets over 50,000 downloads a month on iTunes, and if you check out the list of episodes, you'll understand why. The author, artist and brand consultant has interviewed the design world's most creative and interesting people for four years. It would be hard to know the industry better or provide more insight into it than Millman does.

Tina Roth Eisenberg (@swissmiss)
Eisenberg, "Swiss designer gone NYC," is the creator of the to-do app TeuxDeux, the Creative Mornings breakfast lecture series, Studiomates (a collaborative designer workspace) and Tattly, a line of "designy temporary tattoos." Between those four projects and her over 360K Twitter followers, she has considerable reach and influence.

Jaime Derringer (@Jaime Derringer @DesignMilk)
Design Milk's over 639K Twitter followers are a testament not just to Derringer's social media prowess but to the curation that has made her site so popular. Covering everything from architecture to furniture design, it's the unpretentious, vibrant modern shelter magazine that didn't exist online... until now.

Who else would you add to this list? Let us know in the comments.