Earlier this summer, Marvel announced a huge change to the iconic Thor comic series: the new Thor would be a woman. "The God of Thunder, he messed up, and he's no longer worthy to hold that damn hammer of his," Whoopi Goldberg said when the news broke on "The View." Now, we have a preview of the first issue featuring female Thor. 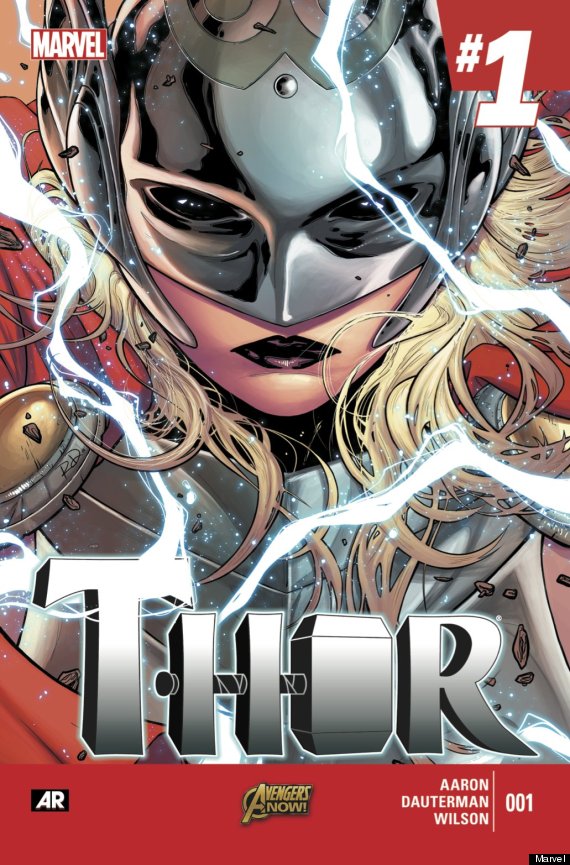 "This was all my idea," writer Jason Aaron told HuffPost Entertainment. "This is where it's been headed for the past couple of years. People always ask was it different writing a female lead character? I always think that's a strange question. I'm writing a god, so it's not like I have to suddenly stop and change everything I do because it's a female lead. It's the same Thor story I've been doing." Aaron suggested that her powers will differ slightly from those of the last man to hold the hammer. "The hero will be different. But it’s still, at the heart, a Thor story." 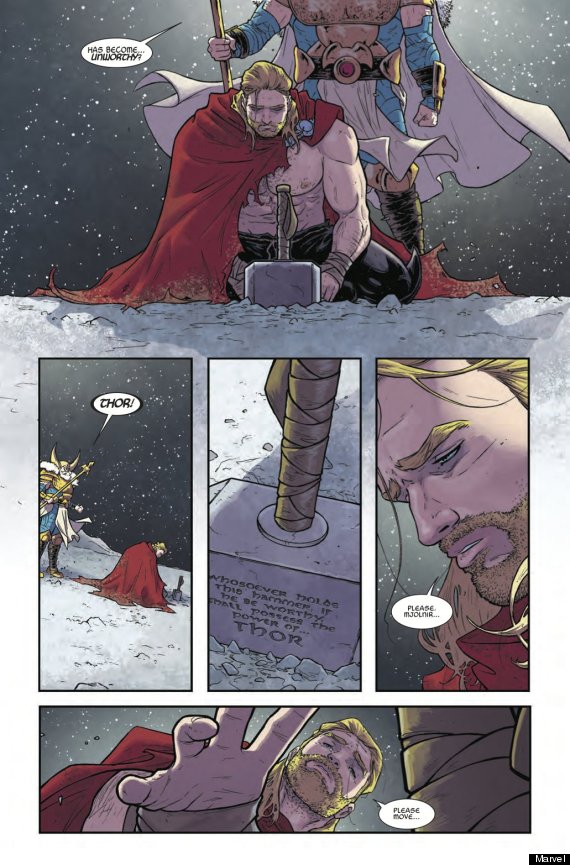 Page 11 shows the old Thor's struggle to go on.

The first issue features the old Thor walking away from the hammer after he finds himself unworthy. "I liked the idea that this god of thunder, this amazing hero who has saved the universe so many times, that every day he would wake up and he wouldn’t know if he could pick up the hammer again," Aaron said. "I wanted to get to the point where he couldn’t pick it up and he wanted someone else to come along and carry it for a while." Just so happens, that person is a woman. 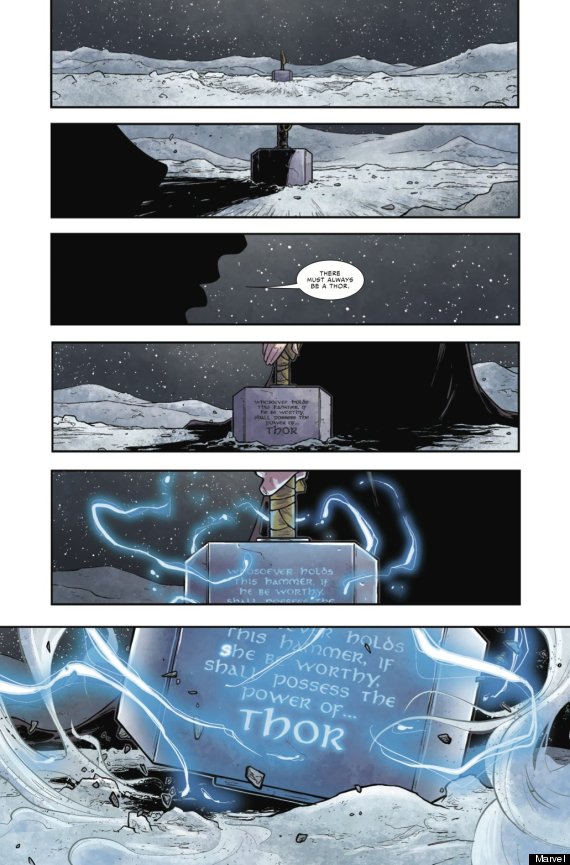 Page 27, in which the new Thor is revealed.