In literature as in so-called "real" life, evil is, by far, the purview of the male gender; it is men who are the villains, evildoers, rascals and killers.

Women, by virtue of their historical status as nurturers, and for centuries dominated by men and considered mere breeders, have been characterized by time and custom as the gentler sex, compassionate and kind, more merciful and tenderhearted of the genders. But they have not always been portrayed as shrinking violets in using what was once characterized as "women's wiles" to manipulate their more dominant male counterparts to act in ways that have resulted in various degrees of evil.

It was, after all, Eve, persuaded by the snake to eat the fruit of the tree of knowledge who then seduced the feckless Adam to take the bite that got them thrown out of the garden of Eden and started, in arguably mythological terms, the whole contentious and bloody history of the human race.

Manipulation of men, using her considerable tool chest of "wiles" to do both good and evil deeds, appears to be the weapon of choice, with rare exceptions, to exercise female power.
From Rebekka playing her trick on the dying Isaac to induce Jacob to impersonate his brother Esau to get his father's blessing, through Jezebel and Lady Macbeth to Brigid O'Shaugnessay who uses her wiles to kill Sam Spade's partner in The Maltese Falcon, literature has been filled with women who ruthlessly exploit their sexuality to get a man to do their murderous bidding.

But changing times and the recent empowerment of women are beginning to alter the landscape. It is now not only commonplace, but also acceptable that women can independently exercise their own evil intent without going through a male surrogate.

Ironically, I discovered this as I composed my latest novel The Serpent's Bite and created the character of Courtney Temple, a failed actress driven to evil deeds by frustration, celebrity and greed. Numerous readers confirmed, what I must have subconsciously suspected, that women were capable of committing horrible deeds on their own hook, upfront and solo.

A bit of literary sleuthing indicates that a number of literary ladies have been pretty good at performing foul deeds on their own. Nurse Ratchet of One Flew Over the Cuckoo Nest, Mrs. Danvers of Rebecca, Annie Wilkes of Misery, Cathy Ames of East of Eden needed no male surrogates to perform their evil deeds.

There are the Phyllis Diertrichsons of Double Indemnity and Cora Papadakis of The Postman Always Rings Twice who push their erotically inflamed lovers to kill their husbands, and one must not discount the female capacity for vengeance, especially when betrayed by men, like Mrs. Havisham of Great Expectations or those women who cannot inspire love in the man they choose like Scarlett O'Hara, and take it out ruthlessly on those who find her irresistible.

One can expect a lot more female evildoers to populate the literary landscape as women move to parity with men in every endeavor. The day might be coming that there will be a plethora of Madame Jekylls who will find the formula to turn themselves into Madame Hydes and perform deeds that forever erase the centuries old categorizing of the gentler sex.

Warren Adler is the author of The Serpent's Bite [Stonehouse Press, $21.95]. 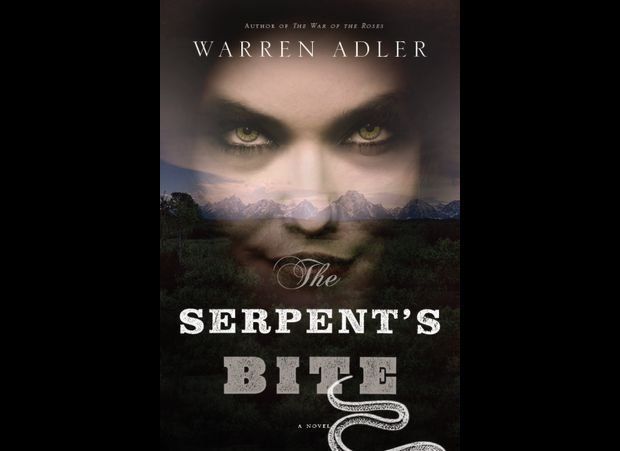 1 / 10
Courtney Temple, "The Serpent's Bite" by Warren Adler
Described by readers as, "an immediate candidate to replace Veda Pierce as the worst daughter in the history of noir," Courtney is obsessed with celebrity and fortune and will do anything to gain her end even if it means betraying her father and brother or anyone who stands in her way.