Two members of the women's movement Femen are facing jail time in Turkey for a protest against Turkish Prime Minister Recep Tayyip Erdogan, according to local reports.

The topless activists briefly disrupted municipal elections in March when they entered a polling station in Istanbul, where the prime minister was expected to vote. With "Ban Erdogan" written across their breasts, the two women stood on a table and yelled out the slogan to protest the criticized leader's reign.

The Femen members were arrested after the stunt and detained by Turkish police. Annie Assouan, 24, and 26-year-old Elvire Duvelle-Charles -- both reportedly French citizens -- are now facing between one and three years behind bars for the brazen public protest, an indictment reviewed by the Dogan News Agency said.

Inna Shevchenko, a Ukrainian activist and leader of the women's movement, shared the news on Twitter.

We were just informed that 2 Femen will have to spend 3 years in jail in turkey for "ban Erdogan" act http://t.co/29IAdYM0YA@femen_turkey

One of the activists, Duvelle-Charles, also took to the social network after the indictment was made public.

Since I'm already condemned to jail sentence, I guess now is the time to shout : BAN ERDOGAN! pic.twitter.com/ygt6zOs0B8

It has been more than a year since protests against Erdogan and the Turkish government broke out across the country. On the one-year anniversary of the nationwide demonstrations Saturday, Turkish police used tear gas on supporters of the opposition who had gathered in Istanbul and Ankara. 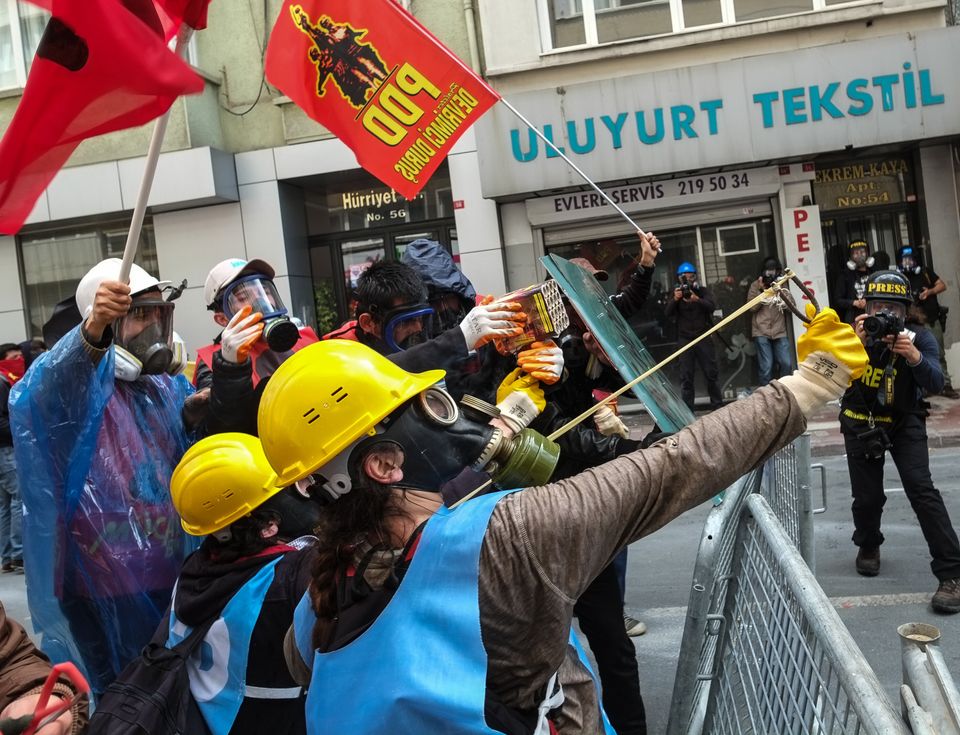 1 / 20
Turkish riot police use water cannon and tear gas to disperse protesters during a May Day demonstration on May 1, 2014 in Istanbul, Turkey. (Photo by Burak Kara/Getty Images)
Getty Images