PARIS, Oct 15 (Reuters) - A Ukranian activist belonging to topless feminist group Femen was convicted for exhibitionism by a Paris court on Wednesday for having attacked a statue of Russian President Vladimir Putin at a wax museum in the capital.

Iana Zhdanova, with "Kill Putin" written on her nude breasts, attacked the likeness of Putin at the Musee Grevin in the capital with a wooden stake in June.

The activist, who has lived in France for two years as a political refugee, laughed in court after the judge ordered her to pay fine of 1,500 euros ($1,897) for vandalism and a crime called "sexual exhibition" in French, as well as other damages payable to Musee Grevin.

"I'm laughing because it's very strange," said Zhdanova, 26, outside the courtroom. "I'm very surprised by this decision."

Zhdanova's lawyer, Marie Dose, said it was the first time a French court had sentenced a Femen member for sexual exhibition, calling it a precedent that would thwart the group's ability to protest. Dose said she would appeal.

Femen specializes in shock bare-breast appearances to dramatize women's rights causes, mainly in the male-dominated hierarchies of Russia and its former Soviet allies, with Putin a particular target.

"In a society like ours where the display of (sexual) commercial messages is everywhere, it makes no sense," Dose said.

The wax statue of Putin fell over during the attack, a part of the head shattering. It has since been repaired.

Most recently, a court acquitted nine members of Femen who staged a topless protest inside Notre Dame Cathedral last year. 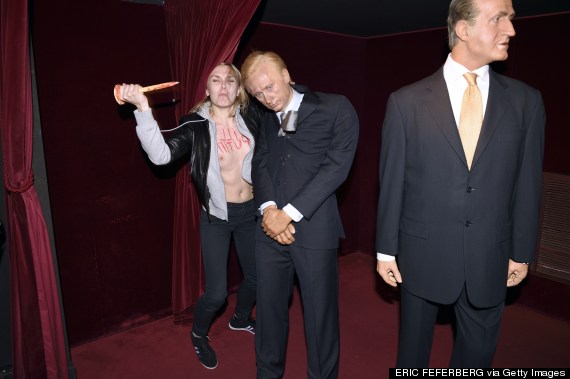 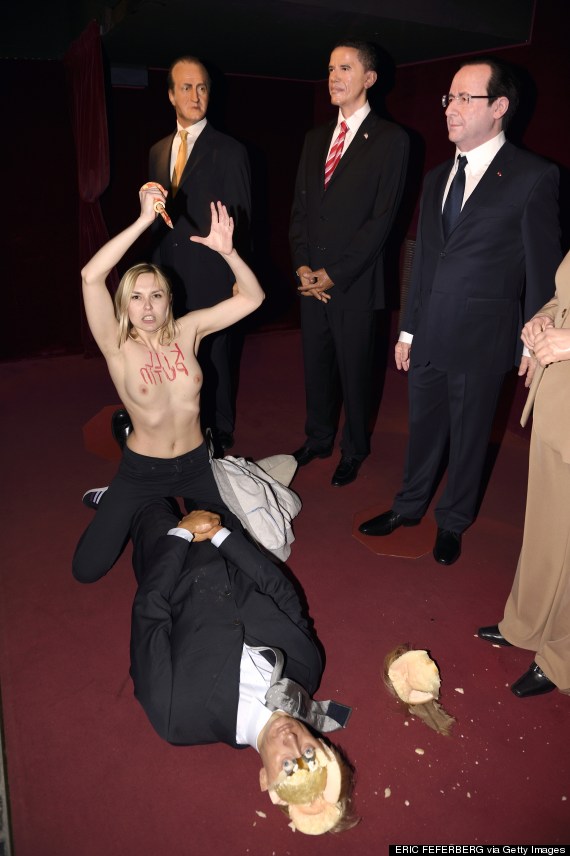 A topless activist from the Femen feminist group sits over a wax statue of Russian President Vladimir Putin (C) after she hit it in the head, next to wax statues representing Spain's King Juan Carlos (L), US President Barack Obama (C) and French President Francois Hollande (R), on June 5, 2014 at the Grevin museum in Paris. (ERIC FEFERBERG/AFP/Getty Images) 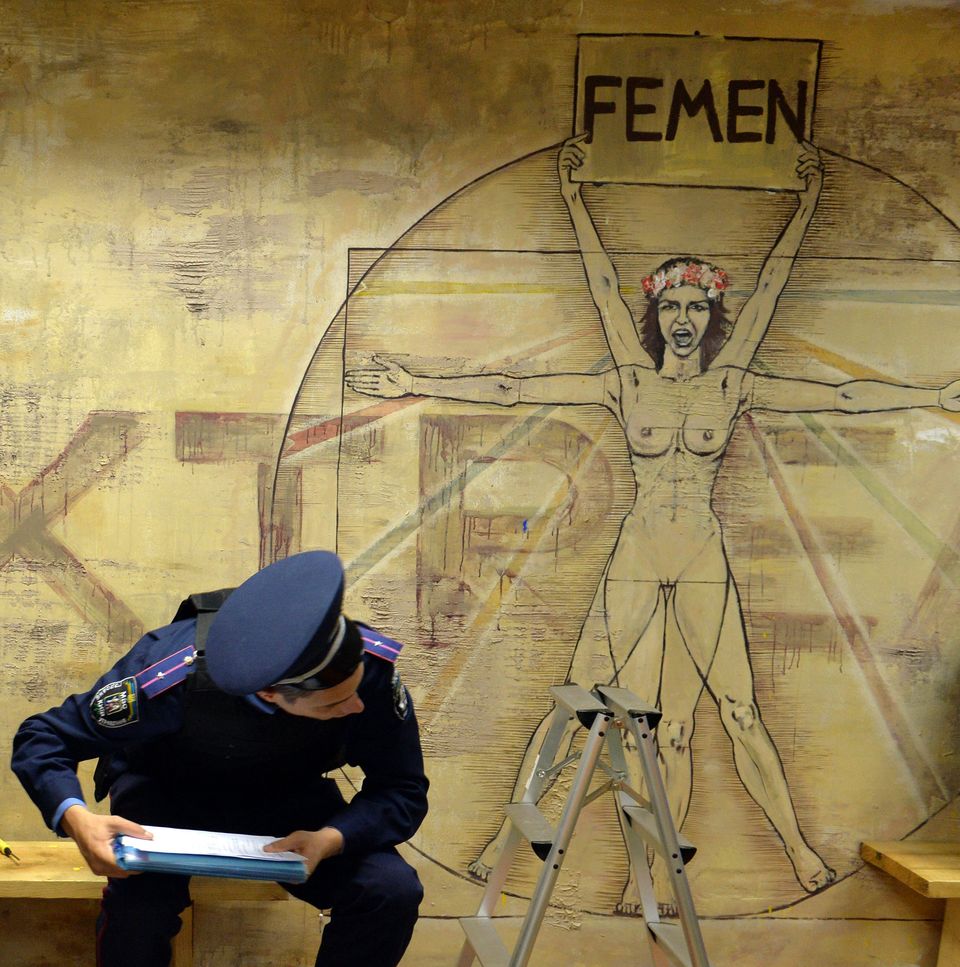