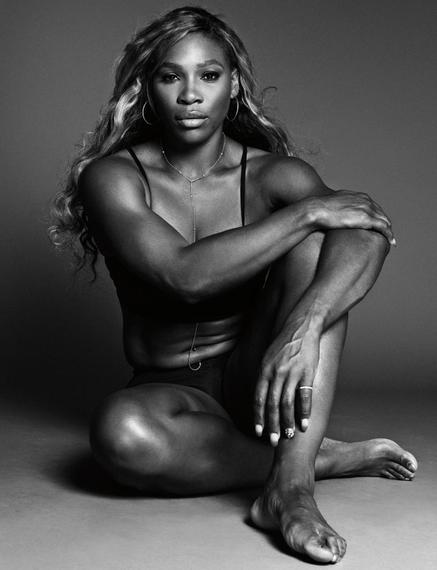 I stared at my middle school crush from the sidelines. He was perfect, but I wasn't. I had a bushy unibrow and braces, which I color-coordinated the bands to match my school uniform. My confidence was fleeting, but I knew one day he would be mine. "I want to play," I yelled, as they took a break from running up and down the court. My friends, seeing this as a rare opportunity to interact with the boys, quickly followed suit.

He nodded, and I felt my heart flutter. Both team captains scanned us closely, deciphering which girls they would invite onto their teams. As my crush reached out and grabbed my arm, I almost fainted. "Flex," he said, and I did. Suddenly, a voice called out, "Damn! Her guns are bigger than yours bro. You're a dude. You're on our team." Instead of feeling thrilled by the invitation to join the boys, I felt deeply shamed. I felt small. My body had betrayed me. And, when I looked up at the boy whose muscles were smaller than mine, he was ashamed too. From that moment, my muscles and my femininity were at odds.

I remember once watching Angela Bassett walk the red carpet and thinking, "It's a shame that she's so muscular." Refuting my own muscularity, I refused to do any arm workouts during P.E., and I stopped wearing short sleeves. In my teenage mind, I wanted to be sexy, not strong. It never occurred to me that strong and beautiful are more similar than different.

I began wondering - in a time when women continue fighting to be equal to men, why do we subscribe to beauty standards that make women appear demure? Why is it increasingly sexy to be thin and dainty?

For decades, media has created a false image of female strength. The masses are told that women are "powerful" when they are sexy. But, the common narrative of sexiness ties sexuality to vulnerability. Skinny women, scantly dressed with lust in their eyes are spread across advertisements, magazines, and television, establishing a beauty standard. They are visual conquests. While alluring, this image is neither empowering, nor accurate. Overly exposed to a distorted view of femininity, my teenage mind held firmly to this message: "It is okay to be powerful, as long as you look powerless."

Before the July 2015 Grand Slam, Tomasz Wiktorowski, the coach of Agnieszka Radwanska, told the New York Times, "It's our decision to keep her as the smallest player in the top 10. Because, first of all she's a woman, and she wants to be a woman."

Even female athletes who have established successful careers rooted in their physical abilities are shying away from their muscularity in order to stay womanly, and ultimately attractive. For so long, femininity has been based on a rigid set of beauty standards. As most athletes aspire to land lucrative endorsement deals, there is an incredible pressure for women to meet these expectations. Consequently, women are literally and figuratively becoming smaller to fit into skewed ideals of femininity.

I am a full woman and I'm strong, and I'm powerful, and I'm beautiful at the same time. - Serena Williams

Female muscularity as a concept calls society to broaden our understanding of femininity. It releases women from the societal pressure to appear powerless. Feminine muscularity as a movement encourages women to embrace their physical strength. Its success diversifies mass distributed narratives of femininity, celebrating women of all shapes and sizes.

In order for women to be both strong and feminine, there must be a shift in our cultural consciousness. Beyond acceptance, there must be an inherent attractiveness to female muscularity. On Good Morning America, Serena Williams contributed to the movement of "feminine muscularity" when she stated, "I've been like this my whole life and I embrace me. I love how I look. I am a full woman and I'm strong, and I'm powerful, and I'm beautiful at the same time." In April 2015, Williams' beautiful, muscular body made it to the cover of Vogue, a publication that has been historically influential in defining what is considered feminine. In December, Serena became Sport Illustrated's Sportsperson of the Year. On the cover of the magazine, she sat on a throne in a lace bodysuit and black patent leather pumps--very sexy. 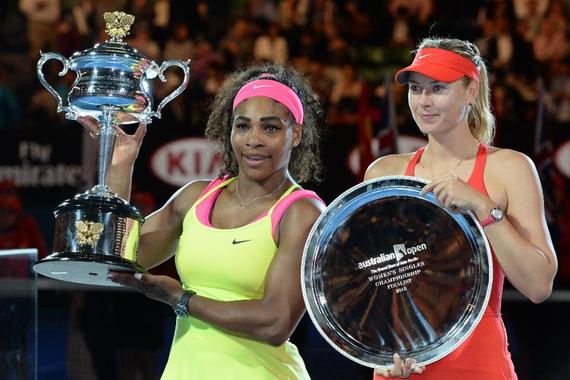 Despite all of Williams' accolades and athletic achievements, it is her peer, Maria Sharapova, who is the highest paid female athlete. In 2015, Sharapova earned $21.7 million, in comparison to Williams' $16.3 million, greatly determined by endorsement deals. Unlike Williams, Sharapova avoids lifting weights and states, "I always want to be skinnier with less cellulite; I think that's every girl's wish." Does her slender body make it easier for her to sell consumer products? The truth is corporations find physical attraction more important than athletic capability when selling products related to athleticism. It is their job to capitalize on our cultural understanding of beauty. Sharapova fits traditional ideals of beauty; Williams does not. However, while Sharapova may make more money, Williams is making a difference and contributing to a movement.

Other beautiful athletes, such as Misty Copeland and Sydney Leroux, have contributed to the movement by dominating their respective sports and promoting positive messages of body image. In the documentary, A Ballerina's Tale, Copeland's body forces the ballet world to reconsider its own beauty standard, which appreciates dangerously thin, white dancers: 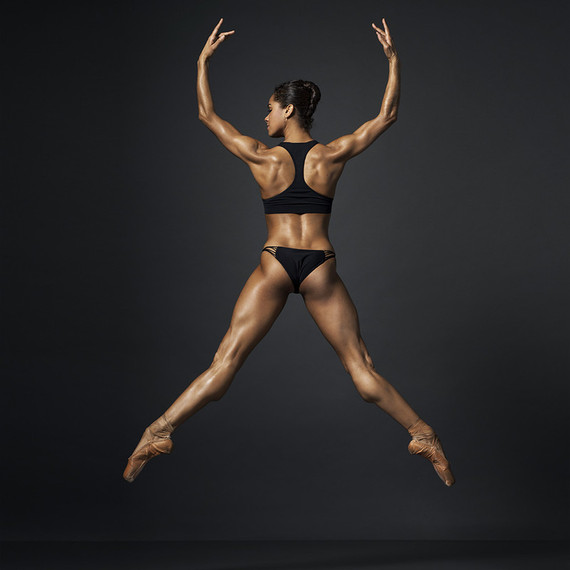 The irony lies in the simple fact that her muscular build allows her to uphold a level of control and grace within her discipline, but the appearance of her muscles makes her less attractive. Her success in securing major roles acts as a signal to a larger cultural shift, and opens the door for women of all shapes to be celebrated within ballet culture.

It is in fact incredibly significant for these women to fully accept their muscular bodies in spite of existing beauty standards. In all cases, their muscles increase their agility and grace, and propel them to success. When I see Williams glide across the court and Copeland grace center stage with their statuesque, clearly capable bodies, I question my own preconceived notions of femininity. I watch them conquer, and think to myself "My muscles and my femininity are not at odds with one another." In fact, it is my beauty, strength, and ferocity that make me undoubtedly feminine. 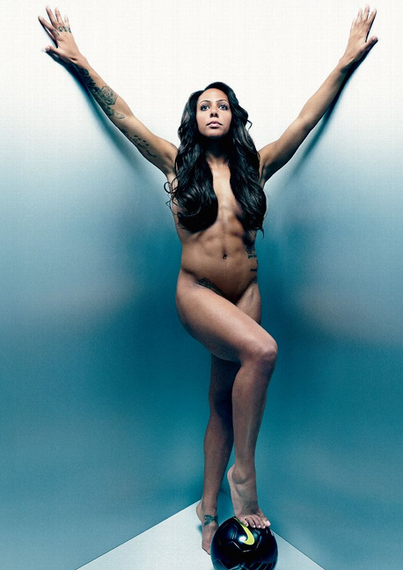 Celebrate your feminine muscularity by posting photos that demonstrate your physical strength using the hashtag #MyBeautyIsStrong.