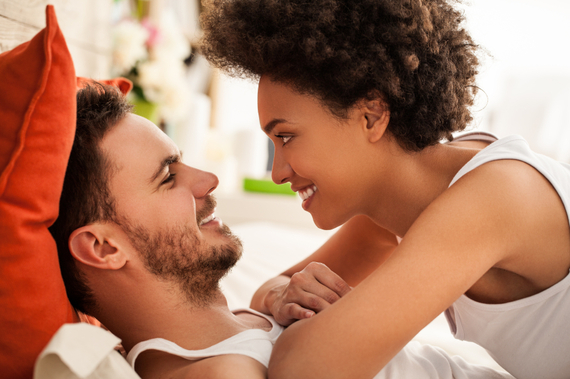 Have women forgotten what real femininity is, and perhaps confused true feminine nature with feminism?

Feminism has become more an idea than a movement, and one that often lacks the visionary quality that it once had. -- Barbara Epstein, feminist

Gone are the days of your mother's women's movement. Feminism although it's still alive, is not really focusing on creating whole women. While I think most modern women are amazing, they often still cling to the notion of an unrealistic narrative of how love plays out. You are a modern woman dater, looking for answers in all of the wrong places.

The history of women shows us that we were once property. We fought tooth and nail for basic things, like the right to vote or to not walk four steps behind. Since then, throughout the last century there have been many more women's movements to help empower us. We look at women who championed feminism as heroes, but are they really?

Marilyn Monroe became iconic for being curvy. Today she is quoted by young girls and memed the crap out of. Yes, all hail the pill-popping adulterer. While her few soundbites of "wisdom" are great for Instagram, they are bullsh*t life advice, and she is a poor role model. Rosie the Riveter flexed her muscles. The truth is that while she stood for feminism and women in the work force, "Rosie" was expected to return to her home as soon as her soldier came home. One government advertisement asked women: "Can you use an electric mixer? If so, you can learn to operate a drill." How sexist is that? But we ate that sh*t up, and we still do today.

Yes, my lovelies, we can have it all. We can break glass ceilings, we can vote, earn substantial amounts of money, and do it all with a baby on our hip and a cell phone glued to our ear. But let me ask you this, how has feminism and a middle finger to "men that have kept us down" really helped? Did Rosie, Marilyn, Jane Fonda or anyone in between tell you how to balance all of that and still have wonderful and rewarding relationships -- with the men you are thumbing your nose at? Nope.

Taglines and catchphrases were created, distributed and then forgotten. Where is our role model that says, "Yes, you can, but it isn't gonna be easy. Hold on to some of your femininity. Be soft more than you are hard. Submission is not forfeit -- it is simply an exchange of power. Date your husband and screw him too. Have dreams and goals that aren't just being a soccer mom or the latest fall TV line up. And no, acting, thinking or dating like a man is not the answer to get and keep a man." No one has said that.

Maybe you are reading this, thinking I am out of my mind. The truth is while my statements may be brazen -- women have pushed men aside and stopped allowing them to do for us. We can't just simply say thank you and let him pay, carry that bag or help. Embrace your feminine nature and be appreciative, without always having to be "equal" or "right." This is not a competition. Men don't want to compete with you -- that is what their buddies and careers are for. Let him be the damn "hero" once in a while.

I know, I know, you don't need a man to save you. But you can save yourself by reigning in the masculine energy that you sometimes project; while you run around singing Miss Independent. In part, it's not your fault. Boys and girls are socialized and even hard-wired to want different things. Prince Charming ideals and checklists often clash with what women innately desire. You have also been told over and over to behave like men to have an advantage. When you wield that power around however, it is actually repelling to a man.

Find a way to be a woman that roars, but hasn't lost her purr. Pay homage to those feminist trailblazers, but set fire to a path of your own. Ask yourself why you embrace the b*tch in you before the goddess. A woman who may have some edges is great, but a man wants to feel your femininity when he is in your presence.

As a woman you need to remember why the hell you like men to begin with, and what you love about being a woman. Discover the tangible thing that produces that emotion. Get in touch or in some cases, back in touch with your feminine side. Embrace what it feels like to be a woman in general and a woman who can express that femininity to men. Let go of the notion that you are showing weakness by acting like a woman.