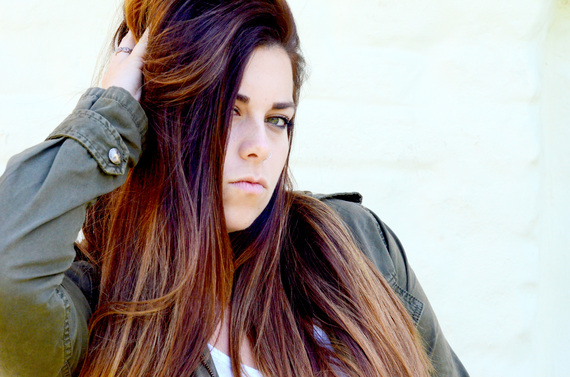 Last year, feminism went viral. It swept social media, and from Facebook to Twitter, women's rights was trending. Girls around the globe felt a call to identify themselves as strong, proud and independent females. Statuses and hashtags, photographs and microblogs became a means to spread the word of gender equality, which isn't necessarily negative, but eventually the movement was just another bandwagon to join. Feminism became a fad, and somewhere along the line its meaning got deluded. Feminism isn't fashion, and it's not a part of pop culture, or another way to fit in. It is not something we wear, and it's not a declaration we shout. Rather, feminism is a way of thinking and of carrying oneself from moment to moment over time, and it is unique from person to person, from woman to woman.

Feminism is knowing women are inherently as capable as men. Feminism does not claim that women are better, and not even the same as men. That would be to defy physics and logic. Woman is man's equal and opposite counterpart, anatomically and physiologically different. A woman must work much harder to build the same muscle mass as a man, but a man can never carry a child. Each gender provides what the other lacks. This doesn't mean that one sex should be favored over the other, and neither should put the other down. That is inhuman, and we are all humans, obviously. Like love, feminism does not boast or brag, and it is not spiteful. That would go against its definition. Instead, it is a belief that rests quietly within a person. It does not need to be shouted or proclaimed. It simply exists. It does not define you but rather refine you. It isn't about power, but about empowerment.

Movements that seek to mobilize and give a voice to marginalized people are brave and noble endeavors, but feminism online became something that it is not, that it had no right to be. Social media took on a life of its own as it tends to do, and suddenly a woman's self-worth became directly correlated to her number of "stick it to the man" posts and whether or not she #joinedthemovement. If I don't upload a picture do I not think that women disserve equal pay as men, or that women can't be taken as seriously in the workplace? No. I refuse to accept that my presence on social networking sites is representative of my intrinsic beliefs or of my authentic self. I am me and you are you and social media is social media.

This "Feminist Fad" embodies all the wrong things for the right reasons. I am all for the courage of conviction, for women to earn their just rights, but it's gone too far. It's about responding rationally to injustices, not reacting. Saying you are a feminist can't make you a cool kid, but being one in every action every day, this is what makes a true feminist. Especially on the Internet, it is important to remember the motivations for our actions in order to justify them. We are not representing females in a flattering light if we forget what we are fighting for. Be a feminist, be strong. Be independent. Be compassionate. Be an emotional being. Be radical. Be a feminist.