If you've ever had to explain why feminism isn't called "humanism" (or if you're a little confused yourself), vlogger Steve Shives is here to sum up the reasons in under five minutes. 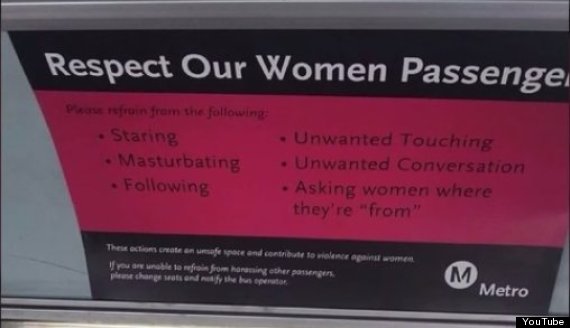 When a Facebook commenter asks why the sign says to respect women passengers and not all passengers, Shives uses this exchange as a jumping off point, comparing the commenter's question to the similar humanist vs. feminist debate.

Shives draws parallels between the feminist movement and the gay rights movement, reminding us that the we don't fight for the equality of gay people because "we think gay people deserve to be better than straight people," but because "gay people are in the inferior position and we want to raise them up to equality. That's how you attain equality," Shives says.