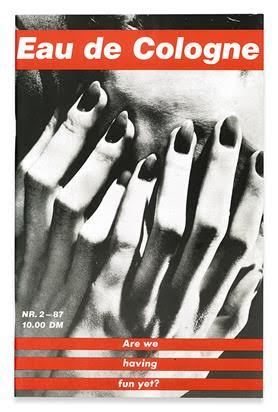 Feminist art is making a comeback in Los Angeles -- and heritage women art stars are a hotter trend today than they were as trailblazers 30 years ago. The streets are filled with billboards of The Broad's spectacular museum exhibition, Cindy Sherman: Imitation of Life. The inaugural exhibition at the new L.A. branch of Hauser Wirth & Schimmel is Revolution in the Making: Abstract Sculpture by Women 1947-2016, a thematic survey of legendary artists who use hands-on techniques -- co-curated by Paul Schimmel and feminist art historian Jenni Sorkin. Spruth Magers' third exhibition at its new L.A. branch, Eau de Cologne, features five major feminist artists (Jenny Holzer, Barbara Kruger, Louise Lawler, Cindy Sherman and Rosemarie Trockel) that the German gallery has represented since the 1980s. 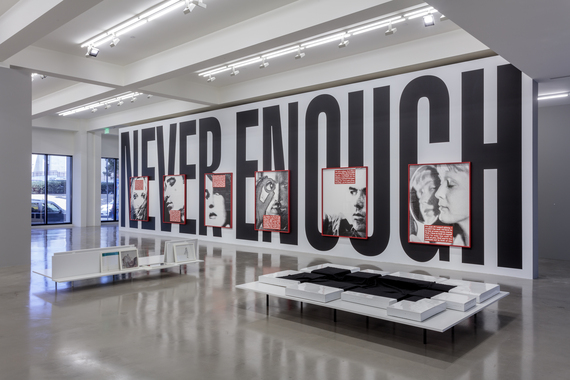 Clearly, the trending of feminist art is a sign of the times -- with a parallel trending in art fairs featuring older heritage women artists who are still making work in their 80s and 90s. Shifts away from both sexism and agism are evident throughout Western culture as older women come into their power later than men and also live longer (despite the tragedies of increasing violent crimes against women in many developing and radical Muslim cultures.)

Feminism is no longer a bad "F-word," and young women look for inspiration from an earlier generation of feminists who are hot commodities today. Right-wing AM radio demagogues may have intimidated women with the "feminazi" label for a short period of regressive gender politics. Their eagerness to smear feminists as outdated man-haters, and the increase in advertising pornification of surgically-altered models, including pubescent girls, also had its brief moment.

But female power is the trend now : in politics, business, sports, pop music and art. Self-empowered feminists of all ages are kicking ass -- even if Donald Trump is creating a Jurassic Park for whiny, self-pitying, white dinosaurs who have temper tantrums like four year-olds because they can no longer compete with the gains that women, gays and people of color have made today. 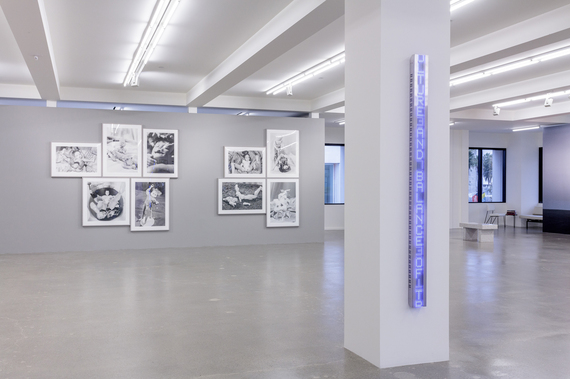 Today, art world women in power are using their positions to showcase the historic legacy of feminist art. According to Michol Hebron, women still only have an average of 31% representation in most galleries. Feminist trending will undoubtedly affect this gender inequality, but the extent remains to be seen. The noble gesture of international galleries revisiting important historic women in group exhibitions elevates the status of these heritage women artists and increases awareness of their legacy to younger, emerging women artists. But it still raises the question : will this trend help more women artists get gallery representation? Will this trend change the gender inequality of the artists represented by these same international galleries showcasing historic women's group shows? In the light of this trend, such bean-counting is still vital to record the disappointing fact that women artists still find it harder to get into galleries and the market value of their work is far below male artists. Collectors still favor young, white male artists -- and while fewer collectors are female, this also points to a need to attract more female collectors (and potential collectors).

Unlike galleries who have only recently caught onto this feminist trend or only represent artists who are ready-made as superstars, Spruth Magers has a 30-year history of representing women artists from when they were emerging, and providing a critical context to mentor and build them into stardom. Monika Spruth opened her first gallery in Cologne in 1983, where she launched the first Eau de Cologne exhibition and accompanying catalogue in 1985. She began collaborating with Philomene Magers in 1992, and they merged as a powerhouse in 1998 making their name as "artists' gallerists" -- with a cult status among feminists.

The works by these five feminist artists range from the late 1970s to 2016 and highlight ongoing themes in each artist's work. Among these works, Barbara Kruger's Are We Having Fun Yet? from the cover of the 1987 Eau de Cologne magazine is reworked for the L.A. exhibition poster. Kruger's Untitled (Never Enough) is an original print she created for the 1996 British Magazine Dazed and Confused. Kruger has always explored power with her appropriated media images that feature her trademark bold red, juxtaposed with her own brilliant texts (she is also an observant cultural writer). Her most recent work explores voyeurism and narcissism in a culture dominated by screens. 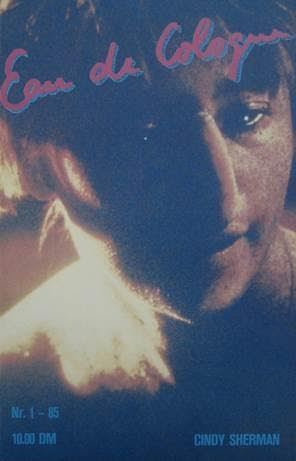 Cindy Sherman never fails to recast her "selves" in unexpected roles -- as actress, art director and screenwriter. Her 1976 murder mystery series shows the range of her impersonation skills as both male and female characters in a fascinating mystery drama exploring film archetypes. Her lesser known 1999 broken dolls series explores her ongoing theme of distorted body image in an unexpected way; creepy, bizarre dolls she made herself have grotesque, inappropriate and sometimes mutilated genitalia. These lesser known Sherman works are interesting to view at the same time as her tour de force of monumental works at the Broad Museum exploring film noir characters, art historical characters, queens and even housewives.

Jenny Holzer's 1980s painted texts on marble, enamel plaques and granite benches are more familiar. Louise Lawler's 1999/2015, (Bunny) Sculpture and Painting are repurposed to fit the space as site-specific wallpaper works based on images she created referencing Jeff Koons. Rosemarie Trockel's geometric wool paintings seem rather out of context with the other more political work. In this uneven historic show, Sherman and Kruger stand out because their conceptual sophistication never fails to be challenging or feel out of date. 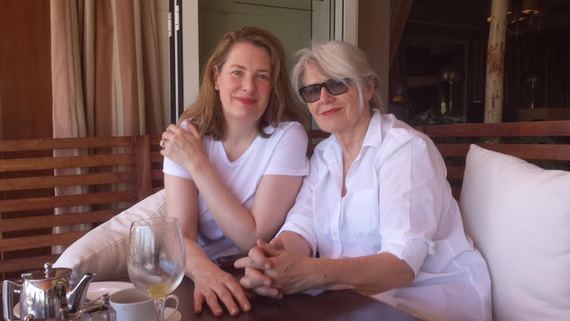 The trending of feminist art in L.A. could open new horizons for contemporary women artists, in addition to a greater understanding of feminist art history. But the question remains whether these international galleries -- and local galleries -- will represent a more equal proportion of women artists and change the balance of power in the art world.