McCall told The Huffington Post she loves Ben & Jerry's ice cream and eats it almost every day, but she's disappointed in the lack of gender diversity in the company's flavor namesakes. "Ben & Jerry's are two guys and all their current flavors (except the Liz Lemon Greek Yogurt flavor -- which is basically a diet yogurt health food -- not an ice cream) are 'inspired' by guys," she said.

"Neither my boyfriend nor any of my guy friends understand the deep connection my female friends and I have to ice cream," McCall said. "Many of my single female friends joke that they're dating Ben and Jerry and it's the best relationship they've ever been in because they are clearly the only men who understand our needs."

Ben & Jerry's has created almost 20 flavors honoring celebrities and only three were named after women. Some of the male celebrities who have inspired flavors include Elton John (Goodbye Yellow Brickle Road), Stephen Colbert (Stephen Colbert's AmeriCone Dream) and all-male rock band Phish (Phish Food). The flavors are generally limited editions and are only sold for a period of time.

Check out McCall's awesome feminist Ben & Jerry's ice cream flavors below. (For what it's worth, we'd buy them all if they were real.) 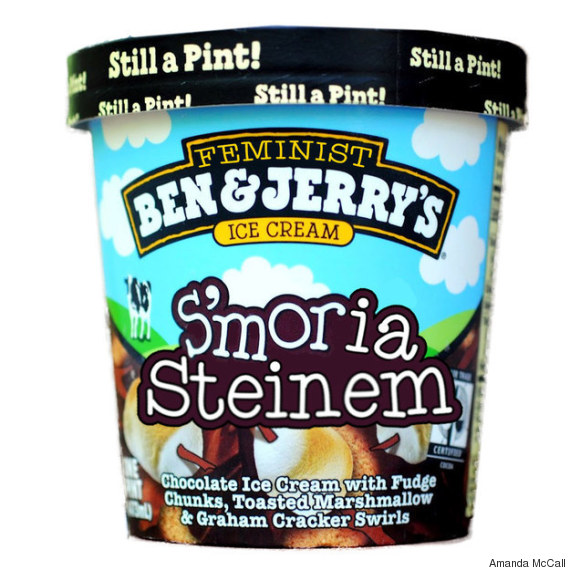 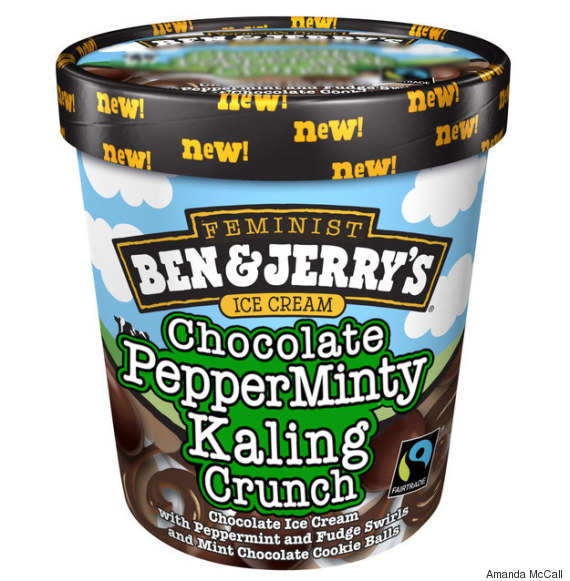 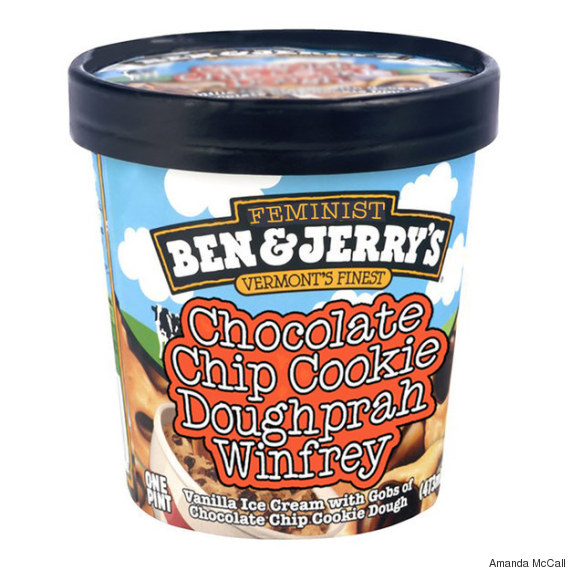 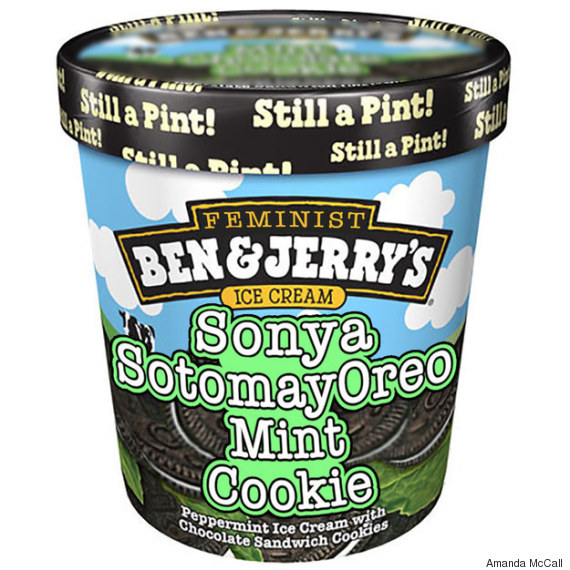 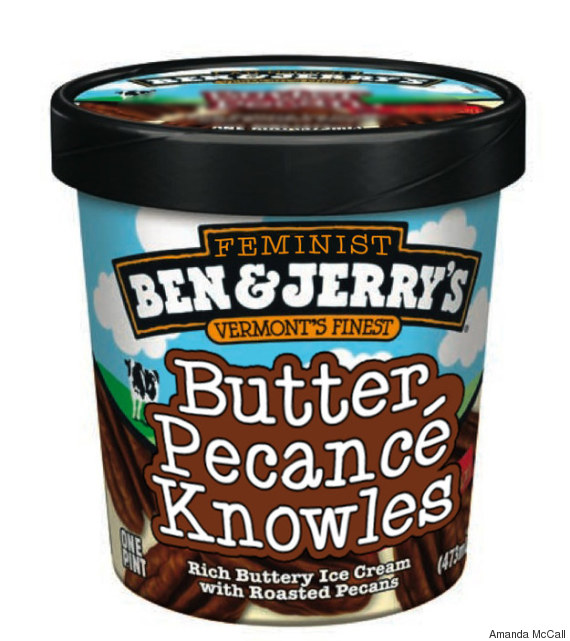 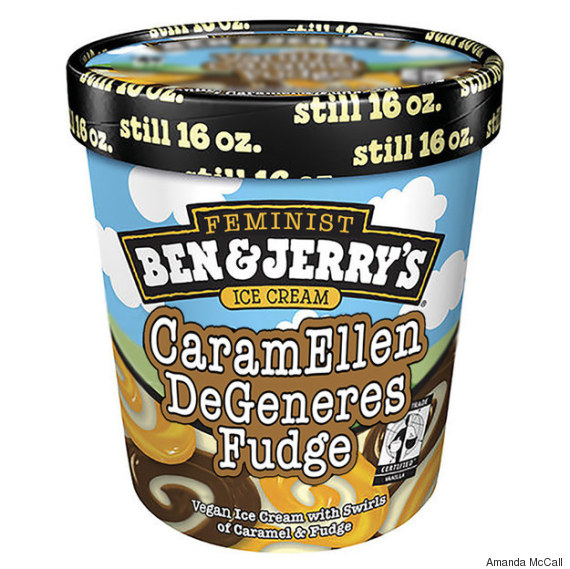 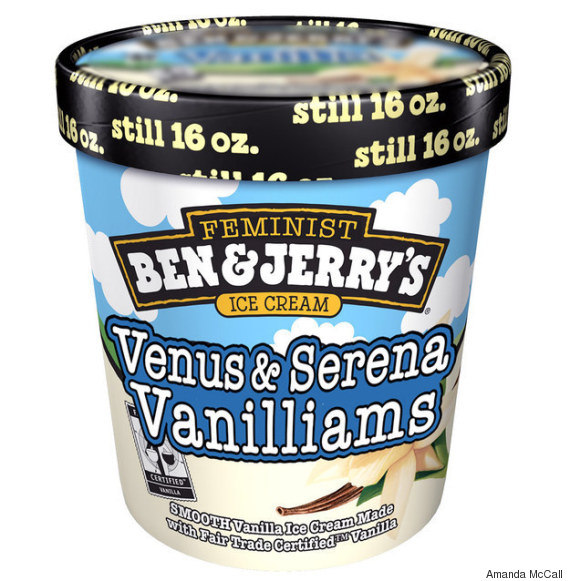 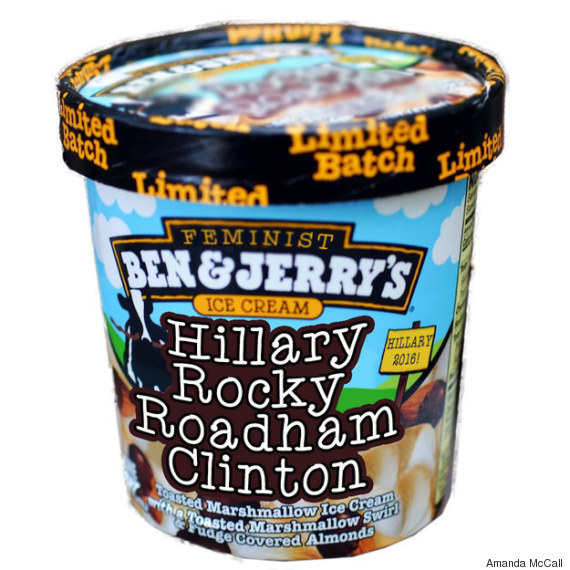 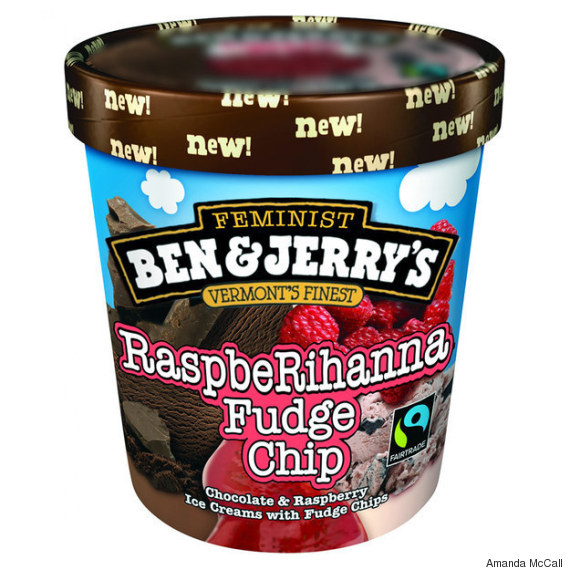 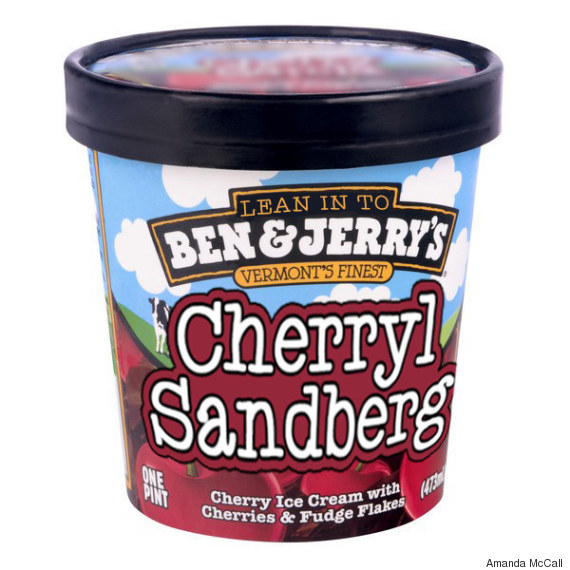 The Huffington Post reached out to Ben & Jerry's, but did not hear back at the time of publication.

Head over to McCall's website to see more of her work.