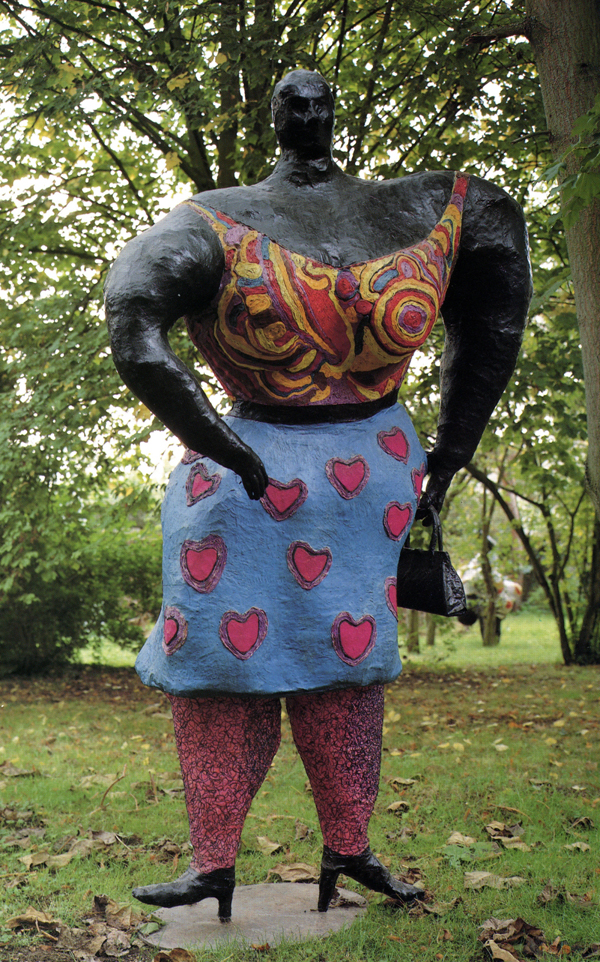 Niki de Saint Phalle's Black Rosy is an iconic work representing the shadow of Eros that would be repressed by feminist criticism in the years to come.

All too often in the course of human evolution, the ground marked for rebirth is scarred by tragedy. This was certainly the case with feminist art at the dawning of the 21st century.

The opening of the Brooklyn Museum of Art's Elizabeth A. Sackler Center for Feminist Art on March 23, 2007 provided ground for new hope. 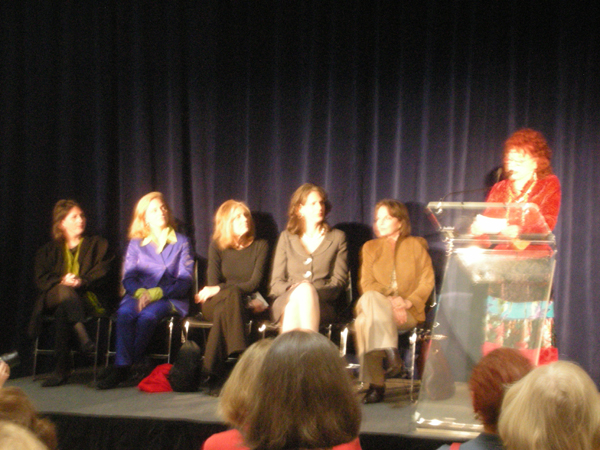 Gloria Steinem, third from left, spoke at the press preview announcing the permanent home of... 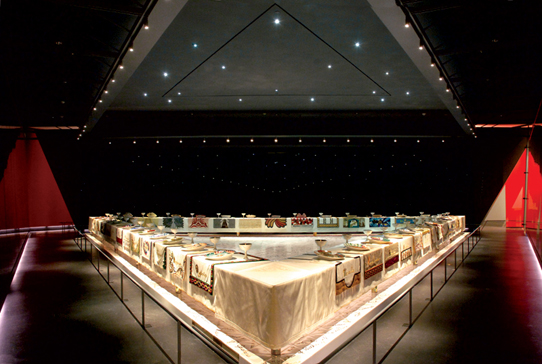 The inaugural exhibition Global Feminisms was curated by Linda Nochlin, whose seminal essay "Why Have There Been No Great Women Artists?" spearheaded a new room in the ivory tower that would eventually steer the postmodern dialectic, celebrated at a 2001 Princeton conference "Women Artists at the Millennium" held on the 30th anniversary of the essay's 1971 publication in ArtNews. 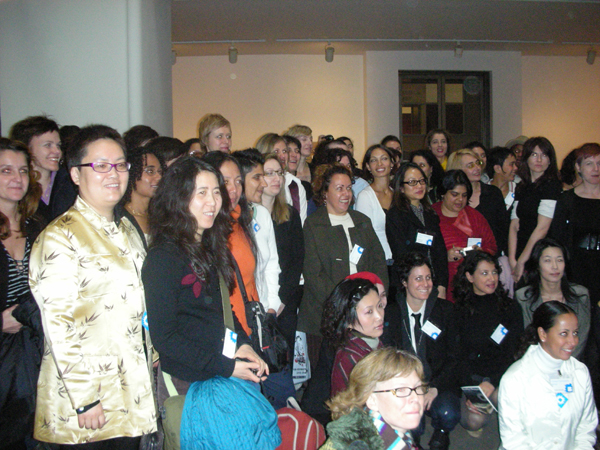 On March 22, 2007, the artists of Global Feminisms gathered at the press preview to celebrate a new global diversity in feminist art.

Two years later, almost to the day, I was present at the opening celebration of the ever radical Kate Millett's Oppression and Pleasure, when she declared: "Feminism is dead."

Was this true? Could the black walls surrounding the triangular shaped table of The Dinner Party represent a dead womb, a hermetically sealed timeline that had come to an end? Were the stars of the feminist movement upholding the status quo, thereby preventing the arising of new stars in the feminist galaxy? What hope then lay for the future of women artists?

Indeed, Millett's proclamation was born out on the eve of the Winter Solstice 2008 by the suicide of the brilliant and beautiful Emma Bee Bernstein (1985-2008), who carried the pedigree, along with the hope for feminist's future. The tragic death of this prominent third generation feminist daughter sent a chill through the New York feminist/avant-garde establishment.

Where was the meaning in the face of a new feminist generation who wowed the audience at a BMA panel killing herself on the darkest night of the year inside the Peggy Guggenheim Museum in Venice? No one dared ventured a guess. 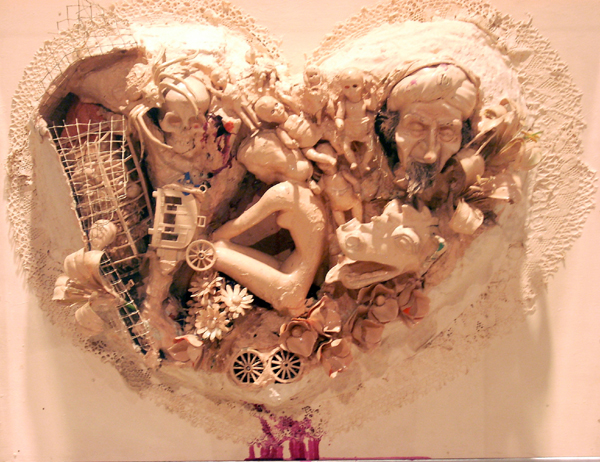 Seductive Subversion: Women Pop Artists 1958-1968 signifies a rebirth that delivers us to an exciting new place where we can view such a tragedy in the context of shifting paradigms. The exhibition stands as the most timely and groundbreaking in New York City this season for its excavation of a repressed history that Emma Bee Bernstein was digging into by way of her isolated personal/public examination of the precarious realm between fashion and art, feminism and desire.

The exhibition claims for feminism iconic female figures whose Promethean spark brought them brief fame before sinking into the shadows of Pop Art's slick surfaces, so acutely perceived at the time by the eclectic brilliance of multimedia Yayoi Kasama. 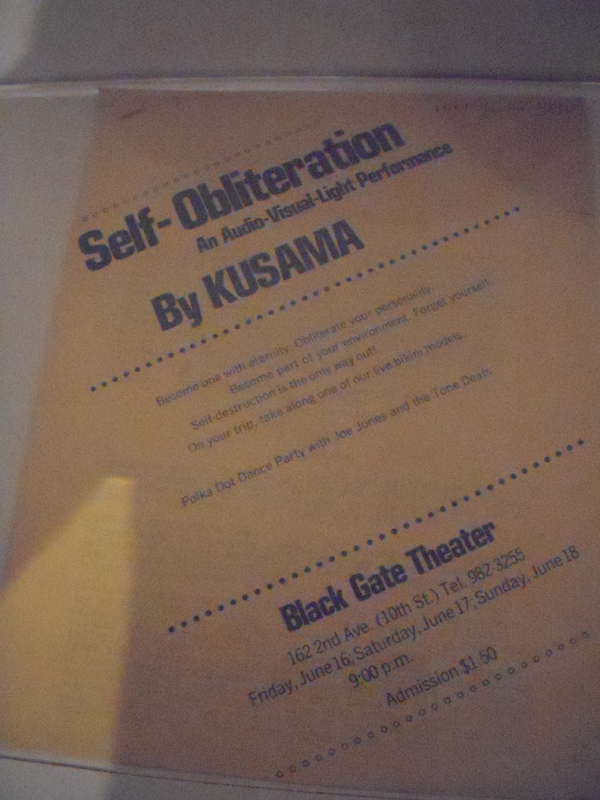 The Venezuelan native Marisol Escobar (whose given name evokes the marriage of masculine (sol = sun) and feminine (mar = sea) was prescient of the androgynous spirit of the inspired Pop Princess that lighted the stage for a brief moment, before the men -- as usual -- took over the movement. 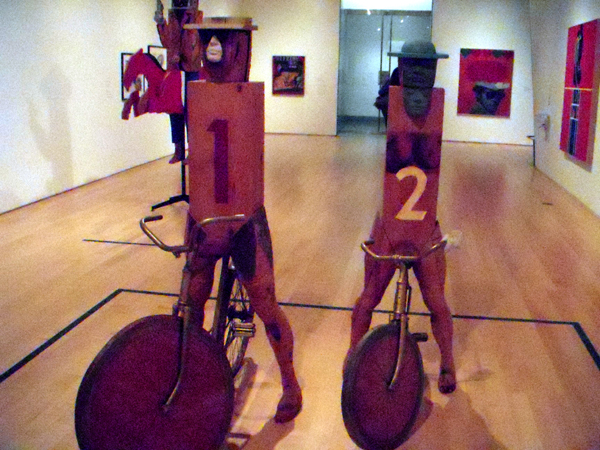 The Bicycle Riders (1962) displays the characteristic Marisol humor: a seat doubles for a phallus, while the female, physically positioned behind the male, also has two heads, male looming over the female, to match her dual gender sexual orientation.


The founder of British Pop was Pauline Boty, the vibrant artist who embodied the mod style of London's 1965 Youthquake: rebellious, beautiful, brilliant and free-spirited. 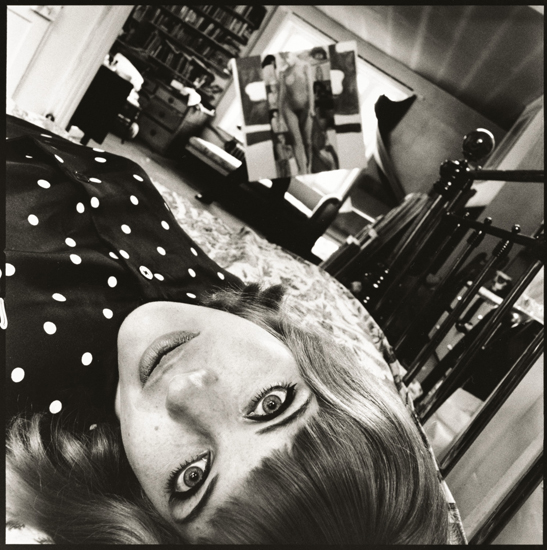 Boty's seductively subversive multimedia (poet, risqué dancer, radio show host, actress) expression exuded the spirit of the androgynous Aquarian archetype that continues to infiltrate the collective consciousness via the antics of tabloid celebrities, even as the authentic rebellion driving this zeitgeist has been institutionally repressed by the art world system. 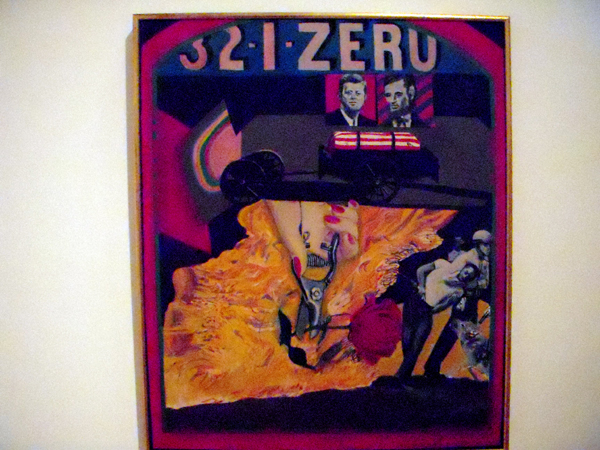 While Boty's Countdown to Violence (1964) is ostensibly a political work, on a deeper level it is prescient of the repression of Eros that would erase her from art history. She died of cancer at the age of 28, after a brief stint as media icon marrying art with fashion (her Vogue interview showcased in the exhibition reveals the projections a beautiful woman artist had to slough through in order to gain recognition). Her work has had a resurgence at the turn of the millennium after being buried for 30 years.

Far from revealing the full story of these fascinating women - an impossible task to be sure due to the difficulties of locating the work -- who often were collaborators with their male partners, the exhibition seduces and entices into a new diverse view of feminism founded in a daring penetration into the gender archetypes controlling human behavior. In leaving a hunger for more, it plants the seeds for a new epoch of feminism marked by a younger generation of artists exploring mythologies of freedom delivering on the feminist promise of an authentic equality of gender.

The lack of a feminist consciousness also meant a lack of self-consciousness. This alone makes the ingredients of Seductive Subversion fresh and new, despite being executed nearly a half century ago. And too, the work reveals that the nature of the feminine is to be fluid, which means not retaining a fixed identity that the still male-dominated art world deems essential for success -- the self-branding currently being brandished via reality TV.

How do artists devoted to inner truth get around this obstacle? 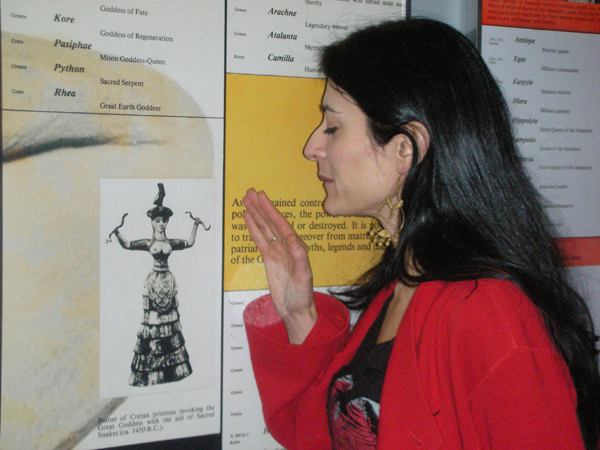 Catalog co-editor (with curator Sid Sachs) Kalliopi Minioudaki's standout essay "Pop Proto-Feminisms: Beyond the Paradox of the Woman Pop Artist" brings to light what may prove to be the most pertinent feminist scholarship of this century. By examining the diverse strategies in what she terms "proto-feminisms" art, this new generation of feminist scholar provides a link between the artists of the early sixties excavated for her thesis (Evelyne Axell, Pauline Boty, Jann Haworth, Rosalyn Drexler and Niki de Saint Phalle) and such latter day anomalies as Carolee Schneemann, Tracey Emin and Francesca Woodman. The dismissal of such spirited art as narcissistic by second wave feminist scholars (I witnessed this personally at the Princeton conference when a prominent feminist scholar stated: "I distrust the inward: it smacks of narcissism.") has effectively censored a younger generation of artists from inner exploration.

The irresistible seduction of these "proto-feminisms" pioneers on view in Brooklyn through January 9 (and opening at Tufts University Art Gallery later in the month) not only succeeds in making the underpinnings of a historical movement come alive again, but inspires a new erotically charged Pop movement liberated from the feminist straightjacket and devoted to the mythology of an authentic liberation of gender equality, within and without. 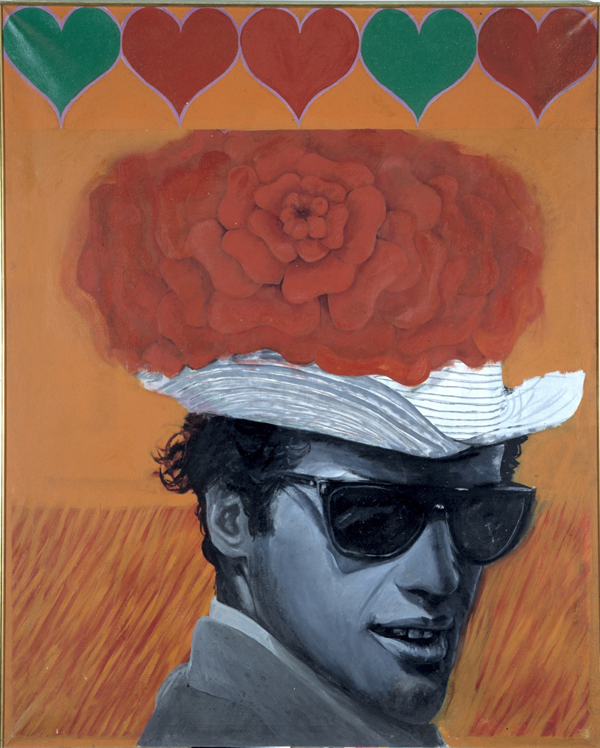 Pauline Boty's With Love to Jean Paul Belmondo captures flowering of Eros in the early 1960s breaking down disciplinary boundaries.

Isn't the public ready and waiting for the flowering of an archetype which poked through in the sixties cultural revolution only to burrow underground for the next half-century? This time, the promise is a full liberation, an authentic merging of public/private revealed by the archival documents in this exhibition into a new view of the feminine: pro-active in all her androgynous power.

From this viewpoint, we can address the question about women artists and greatness not by comparing woman artists in this exhibition to the male giants of Pop, but by revisiting the word "greatness" from the viewpoint of a holistic paradigm.

Let us not forget here that women are the authentic image-makers for a culture. So if the art of Seductive Subversion seems to be echoing that of much more prominent male artists, you can bet that women got there first!