Get ready. Your coffee table is never going to be the same again.

As HuffPost Women reported previously, there is going to be a book version of one of our favorite Tumblrs ever, Feminist Ryan Gosling.

It wasn't the first female-centric Ryan Gosling meme out there, or the last -- see Gosling Lit Agent, Hunger Games Gosling and our very own Hey Girl, Affordable Health Care -- but when it went live in October 2011, creator Danielle Henderson's idea to overlay photos of Ryan Gosling with feminist theory was heralded across the Internet (here, here, here and here, for example) as pure genius.

The book version, "Feminist Ryan Gosling: Feminist Theory (as Imagined) from Your Favorite Sensitive Movie Dude," comes out August 14, but in anticipation of its release -- and the book party in New York tonight -- Tumblr (where the magic started) caught up with Henderson to ask her how she got the idea to make the Gos the mouthpiece of feminism.

Henderson told Jessica Bennett, executive editor of Tumblr's Storyboard, that Gosling's dreaminess wasn't the only reason she chose him:

"It’s not too far-fetched that Gosling would be a feminist. He’s already demonstrated a pretty high level of interest in social justice — you know, he had a big stake in raising awareness about Darfur— so he does really seem to give a shit about things (or some things). This is all speculation, of course, but he seems to be a decent dude."

Click over to Storyboard to read more of Henderson's thoughts on the project, and check out the gallery below to see a few new images from the book that haven't appeared on the Tumblr yet. 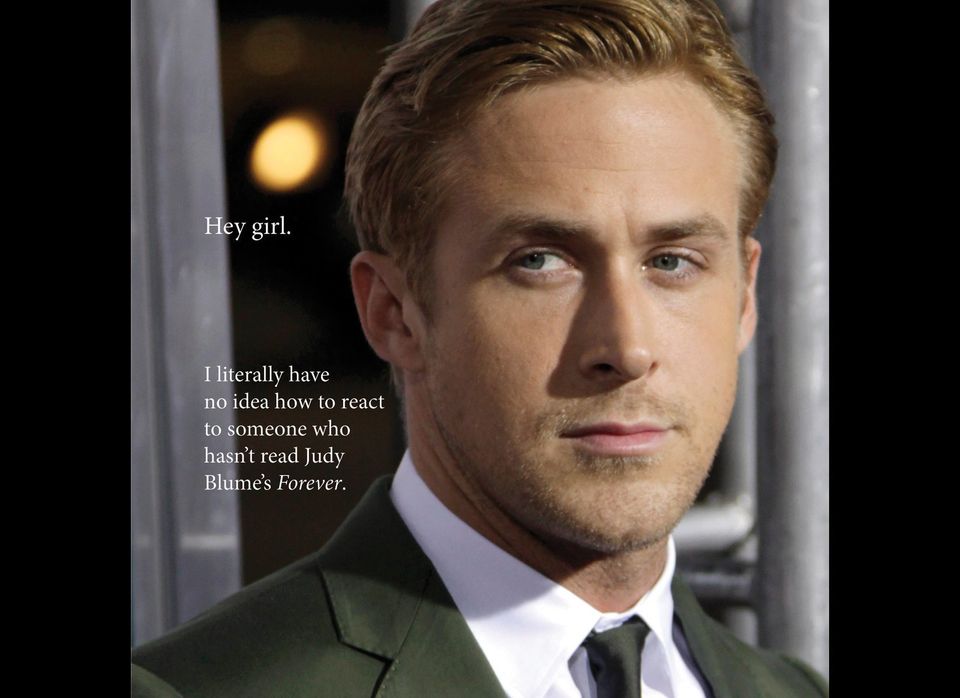