If asked to think of a lesbian, most people's thoughts drift to the stereotypical image of a butch lesbian. It may come as a surprise to some that this is not the only type of lesbian that exists, oh no -- there are some who are "femmes."

For those of you who don't know, "femme" refers to feminine-looking lesbians (e.g., my fiancée and me). Such women are also known as "lipstick lesbians," but this tends to be more associated with feminine lesbians who like other feminine lesbians. This is a phrase I've always liked and used, and I only recently found out that others avoid using it, pointing to its supposed links to male sexual fantasy.

Despite slightly increased visibility (mainly thanks to fictional characters), one issue remains for femme lesbians: how to be recognised as being a lesbian. People look for the telltale signs to figure out whether a woman is a lesbian or not: short hair, no makeup, wearing baggy jeans and a t-shirt. Some lesbians can be spotted right away, and there are those who are a mix between masculine and feminine and are slightly easier to spot, especially for the well-trained lesbian eye. But what about femmes?

We suffer from femme invisibility. We mainly slip under the radars of both straight and gay people. For example, I used to go out gay clubbing twice a week whilst at university (the majority of my friends were gay males), and it was very hard for me to find a lady when out because 1) other lesbians most likely assumed I was straight or a "fag hag," and 2) I assumed the majority of pretty ladies in the club were straight or fag hags. See the dilemma? I often felt that flashing a neon sign proclaiming "Yes, I am gay" would help. I've also observed the frequency of couplings of femmes with butch lesbians; it seems far rarer to see a femme/femme couple. I've toyed with the idea of ditching my heels, dress, and lipstick for a polo shirt, jeans, and Converse sneakers for a night out, just to see what would happen, but I just couldn't do it. Luckily, I ended up meeting my lovely other half online, and three years later we are engaged.

Many other femmes ask us how to find fellow femmes to date, and the answer is that it's not easy. Looking femme has its disadvantages: not only is it harder for femme lesbians to find girlfriends and avoid those fears of being "forever alone," but femme lesbians also get looked at by other lesbians like we don't belong, and straight people don't believe we're gay. Don't get me started on the hassle I get from straight males, who often say things to me like, "But you're too pretty to be gay," or, "Who wears the trousers?" So femme lesbians are left wondering, "Where exactly do I fit in, and where can I find others like me?"

It seems that within the last couple of years, the representation of lesbians has risen on TV. In particular, there has been an influx of femme lesbian characters, like Santana on Glee, Emily on Pretty Little Liars, Sian and Sophie on Coronation Street, and Callie and Arizona in Grey's Anatomy. This is rather welcome, as a lot of TV series bring in gay male characters but rarely lesbians. There does, however, seem to be a peculiar trend of keeping gay male characters around longer, and the writers definitely don't try to turn them "straight" again. Conversely, TV series will follow the story of a feminine woman coming to terms with being gay, establishing a relationship, and coming out to everyone, but she will then be shown returning to a male either for sex (The Kids Are All Right, a movie, granted, but still) or to form a relationship. This is rather disheartening, and although this sort of trajectory may be true for some lesbians out there, it perpetuates the idea that lesbians can be "turned" while gay men cannot, when in fact we are probably born the way we are, and just because we are femme does not mean that we will one day be swayed by men.

The question remains: how do we tackle femme invisibility? More and more gay men are coming out in the celebrity world, but there is still a great lack of openly out and proud feminine lesbians. We have Portia de Rossi, up-and-coming actress Amber Heard, Miss California hopeful Mollie Thomas, and country singer Chely Wright. I'm not sure Lindsay Lohan or Megan Fox really count, do they? There is a great lack of lesbian role models. Who do the young lesbians have to show them that they can be feminine and still be gay? Growing up is confusing for anyone, and I certainly felt that there was no one to look up to and help me see that my future could be bright, with a gorgeous wife and the house with the white, picket fence.

In order to help tackle the conundrum of femme invisibility, I launched a Femme Visibility campaign on my blog, What Wegan Did Next, with the simple plan of inviting femme lesbians to send in their photos and together take a step toward shattering stereotypes and pulling off our invisibility cloak. If you are a fellow femme and want to stand up loud and proud and join in with the voices of other femmes, please email your photo to whatwegandidnext@gmail.com.

In the meantime, check out a slideshow of 10 famous femme lesbians from real life and the small screen: 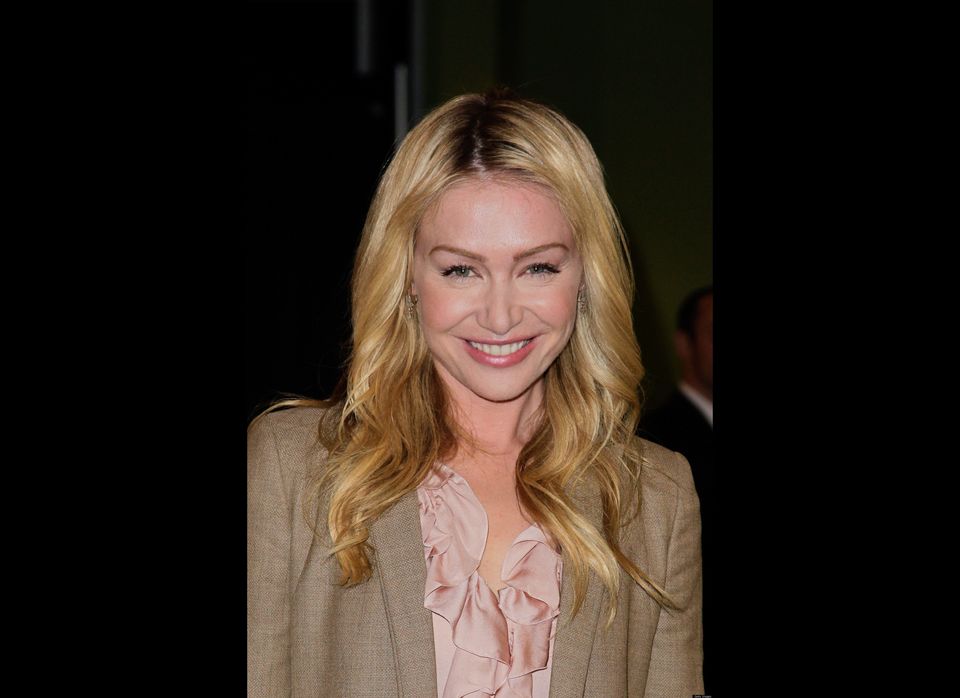