A prominent Missouri activist who found her son hanging in her backyard is angry that authorities are looking at the possibility he killed himself. The circumstances, she said, point to foul play.

“They lynched my baby,” Melissa McKinnies, wrote in a now-deleted Facebook post. “I’m sick and losing my mind, but I had to let the world know what they did to my baby!”

The Rev. Darryl Gray, a leading St. Louis activist, confirmed for The Associated Press that she posted the message, and he said Facebook took it down, not McKinnies.

“She believes [her son’s death] was meant as a message to her,” Gray said.

McKinnies — who was instrumental in helping organize the 2014 protests in Ferguson after 18-year-old Michael Brown Jr. was fatally shot by police officer Darren Wilson — found the body of her 24-year-old son, Danye Jones, behind her Spanish Lake home early on Oct. 17. Photos have since circulated online showing his body hanging from a tree by a bedsheet.

In a Thursday email to reporters, St. Louis County police spokesman Shawn McGuire said that suicide is the preliminary classification, “based on all the physical evidence,” and is pending a final report by the medical examiner.

Jones’ family said it’s an absurd theory ― one on which valuable time is being wasted.

“The knots that were used in the sheets he was hung with, everybody I talked to that’s been in the military, know about these knots,” his maternal uncle Daniel “Kashif” Muhammad told The Final Call. “My nephew was not in the military, militia or boy scouts.”

McKinnies, who did not respond to requests for comment, insists her son was not suicidal and was murdered.

“There were threats that he knew about and that’s why he was so protective,” she told KMOV-TV in St. Louis.

Gray, a friend of McKinnies’, told CBS News that activists in Ferguson are regularly harassed. He found a suspicious package in his car this year. Bomb squad investigators determined that it held not explosives but a 6-foot-long snake, CBS News reported.

NOTE: The photo below is graphic, depicting Danye Jones as he was found at the scene, and may be disturbing to readers.

(Clicking on the image above will remove or restore the blur.)

Jones is not the first person to die in the wake of the Ferguson protests.

DeAndre Joshua, 20, was killed in Ferguson on Nov. 24, 2014. He was shot once in the head and then burned inside his vehicle. The slaying coincided with demonstrators in Ferguson protesting a grand jury’s decision not to indict Wilson in Brown’s death. Because Joshua was a childhood friend of a man who witnessed Brown’s shooting, rumors circulated that Joshua’s homicide was somehow connected to Brown’s case, but his family has denied there was a connection. No one has been arrested for Joshua’s killing.

Shawn Gray, 23, of St. Louis was reported missing in November 2014, after having last been seen on Thanksgiving Day. The following month, his body was found in the River Des Peres. Authorities ruled his death an accidental drowning, but his family expressed concern that he might have been murdered.

“I don’t feel like it was an accident because he went missing for six days,” Gray’s brother Reginald Taylor told the St. Louis Post-Dispatch in May 2015. “That makes no sense to me. … We’re never going to give up on him. We’re still searching for answers.”

There were rumors that Gray testified before the grand jury in Brown’s death, but the names of witnesses have not been publicly released, and Gray’s family denied those rumors.

#DanyeJones is opening the world’s eyes to the suspicious murders of activists. It’s real. We receive real threats, property damage, social media hacking attempts all of the time. It’s time to expose that. #DeAndreJoshua#DarrenSeals#EdwardCrawford

On Sept. 6, 2016, Darren Seals, a 29-year-old Ferguson activist against gun violence, was found shot dead in a burning car in Riverview. St. Louis County police said they are investigating his death as a homicide, but they have yet to name any suspects or people of interest in the slaying.

Edward Crawford, 27, was found shot dead in May 2017. He was “best known as the man wearing an American flag tank top and hurling a smoking tear gas canister in a 2014 photograph that came to be associated with the Ferguson riots,” The Washington Post reported. Police said he died by suicide.

Authorities have not indicated that any of the cases are connected.

Jones, who would have turned 25 on Nov. 19, recently launched a real estate business, Movin’ On Up Properties, according to his uncle.

“He was really excited about it,” Muhammad told The Final Call. “He didn’t think he was gonna be able to do anything about it because of his credit, and I began to tell him about wholesale real estate. He was taking down notes. He would take down notes like the law, then from there we were talking on the regular and he was doing his research.”

Authorities said it could take weeks to get the results of toxicology tests for Jones.

A rally to support the family is scheduled for 5 p.m. Thursday in downtown Clayton, the St. Louis Post-Dispatch reported.

If you or someone you know needs help, call 1-800-273-8255 for the National Suicide Prevention Lifeline. You can also text HOME to 741-741 for free, 24-hour support from the Crisis Text Line. Outside the U.S., please visit the International Association for Suicide Prevention for a database of resources. 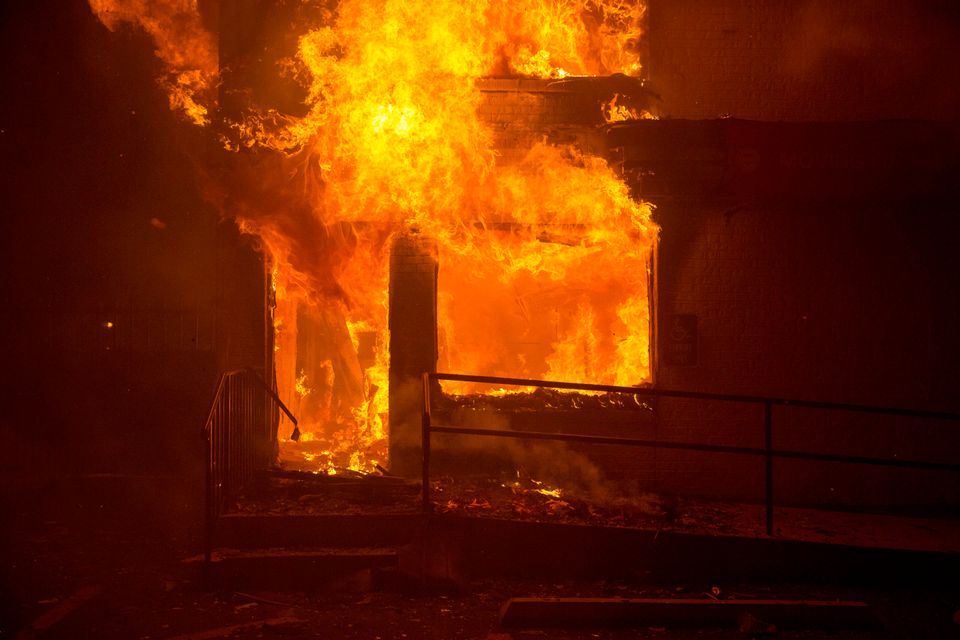