Wednesday marked the third anniversary of the death of Mike Brown, the 18-year-old Ferguson, Missouri, native whose killing at the hands of police officer Darren Wilson launched a nationwide movement against police brutality. We think we know the story of what happened in Ferguson ― Brown’s shooting, Wilson’s non-indictment, the alleged confusion and chaos that enveloped the city in response.

But on Friday, a documentary three years in the making about Brown’s murder and its aftermath, called “Whose Streets,” is being released in theaters and setting the record straight, providing a broader, more vivid portrait of what happened before, during and after Brown’s death, told from the perspective of those that were there.

Much has been written about the power of this film, directed by Sabaah Folayan and Damon Davis. With its use of footage taken on the ground, peppered with interviews from Ferguson natives and organizers who lived through these events, the documentary provides a visceral and eye-opening portrait of a movement.

In a day and age when the brutalization of black bodies has become fodder for “conversation” about social issues, for think pieces and punditry, this film is a reminder of the reality, the lived experiences of the people who continue to live the news story even after the news cameras and reporters have gone.

In a conversation with HuffPost on Monday, Folayan spoke about the duty she felt to tell a story that the media seemed to be distorting into a narrative that, subtly, seemed to justify not only Brown’s death but the excessive force used against Ferguson protestors in its aftermath.

“I’m really grateful honestly that the people of St. Louis allowed me to bear witness to this and trusted me with this story,” Folayan said.

Folayan is a brilliant storyteller, a first-time filmmaker who, along with Davis, handles the breadth and scope of the story she’s telling with a grace that belies the enormity of the undertaking. “Whose Streets” is a story made out of many stories, told in many voices, and that’s where its brilliance lies.

From footage of the day Brown was killed, to camera phone video of vigils and protests, to real-time tweets from people who were there, to glimpses into the organizing of activists like David Whitt and Brittany Ferrell, to the mundane, everyday life moments that we sometimes forget when we talk about this movement ― Ferrell dropping her daughter off at school, Whitt hanging out on the couch with his family. All of these strokes add the texture and nuance that was lacking in much of the news coverage at the time. In this way, “Whose Streets” is a testament to the collective power of black storytelling, the layering of experiences, the act of bearing witness, of testimony, of call and response.

Earlier this month, Kathryn Bigelow’s “Detroit” came out, with many black critics, myself included, pointing out the complications that arise when white storytellers tell black stories.

A recent Flavorwire review questioned this line of criticism, describing it as “dispiriting” and a sign of bad faith. But black people have every reason and every right to question and criticize white storytellers (be they Oscar-winning directors or Pulitzer Prize-winning journalists), no matter how good their intentions, no matter how great their talent. The review made argument that with so few black filmmakers around, it is necessary for more white filmmakers to tell black stories, especially the difficult ones.

But, to borrow words from James Baldwin, the white storyteller’s “laudable determination to flinch from nothing in presenting the complete picture” falters when “we pause to ask whether or not her picture is indeed complete.”

Is it truly worth it to have the story told, no matter how important, if its telling only produces more misinformation, more misunderstanding?

“Whose Streets” is an example of why criticisms such as these are necessary, why who controls narratives about black people is a valid and important question to ask. Because it has real-life implications. That Wilson’s assertion that Brown looked like “a demon” held enough weight for a jury to not indict him is a reality of this. That mainstream, white-owned media outlets focused on the looting during the protests and not the peaceful vigils and protests, nor the excessive military-style force that effectively incited the unrest, is a reality of this.

“Whose Streets” lays this reality bare.

When we talk about telling stories, about who is telling stories, we must also talk about who the stories are for. What group is this narrative serving? Who is it placating? To what end? If there’s one theme in this documentary that every viewer should take away, it’s that one must always question who gets to control the narrative.

When I asked Davis and Folayan about an early review of the documentary that questioned its execution, arguing that it didn’t give enough perspective from the other side (i.e., white people, cops), Davis responded with an answer that captured the essence of what makes “Whose Streets” so brilliant, so vital.

“I just hope that black people feel vindicated and validated and majestic and glorious and beautiful when they see this. I’m not really worrying about gaining empathy from the other side,” he said.

“I want black people to see themselves, to see a mirror held up. I want them to know they’re not crazy, and they’re not wrong for wanting to live a happy, healthy life,” Davis continued. “And they shouldn’t have to apologize or placate to the other side. They should just be able to live. I hope black people see it, and they feel something from it. I hope they’re proud.”

For more from the filmmakers behind ‘Whose Streets’, listen to Episode 2 of HuffPost’s podcast I’m Still Here, below:

I’m Still Here is a HuffPost Podcast hosted by Zeba Blay and produced by Nick Offenberg and Jessica Samakow. Send us an email at stillhere@huffpost.com. 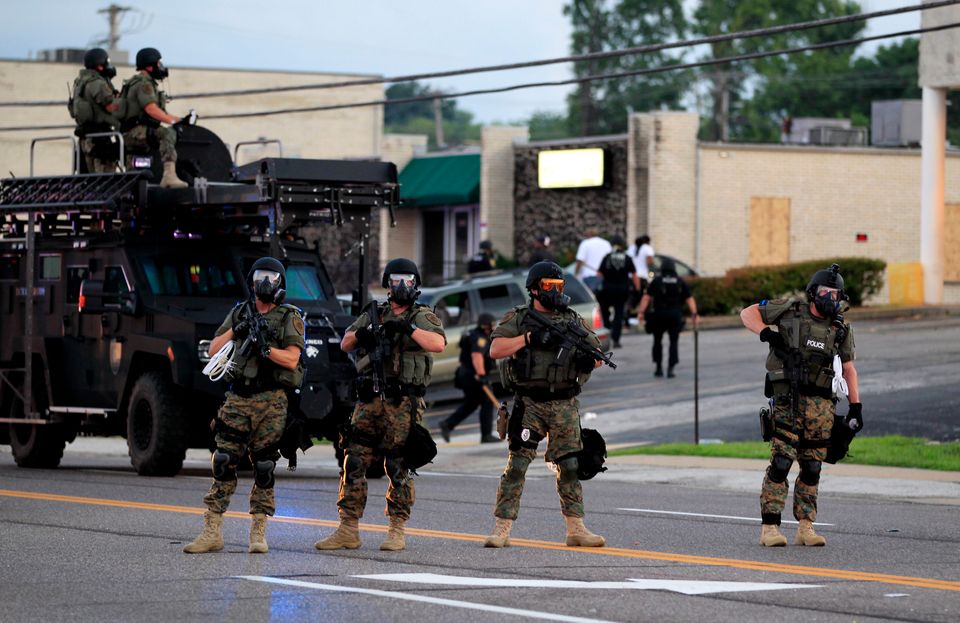