At the center of the storm in Ferguson, Missouri, is an unlikely setting: McDonald’s.

The Golden Arches on West Florissant Avenue, a main thoroughfare in the St. Louis suburb, stand blocks away from where 18-year-old Michael Brown was shot dead by a police officer on Aug. 9, setting off violent clashes between protesters and law enforcement. Because of the restaurant's proximity to the scene of the killing and the ensuing unrest, the McDonald's has fast became an informal public square, where reporters, residents and demonstrators can rest, recharge their phones and cameras and share news of the ongoing conflict.

The West Florissant McDonald’s isn’t the first Mickey D's to become an impromptu gathering place. In many low-income neighborhoods across America, McDonald's has replaced the coffee shop as a community meeting spot, its low prices, abundance of seating, restrooms, Wi-Fi and sheer ubiquity making it the go-to location for people who previously may have gathered elsewhere.

In a little over a week, the West Florissant McDonald’s -- until recently open 24 hours a day -- has seen quite a bit of action. On Wednesday, police arrested two reporters -- including The Huffington Post’s Ryan Reilly -- while they were inside the store charging their phones. Late Sunday night, protesters apparently shattered the glass of the store's front window to access milk used for treating the eyes of those who had been tear-gassed by the police. 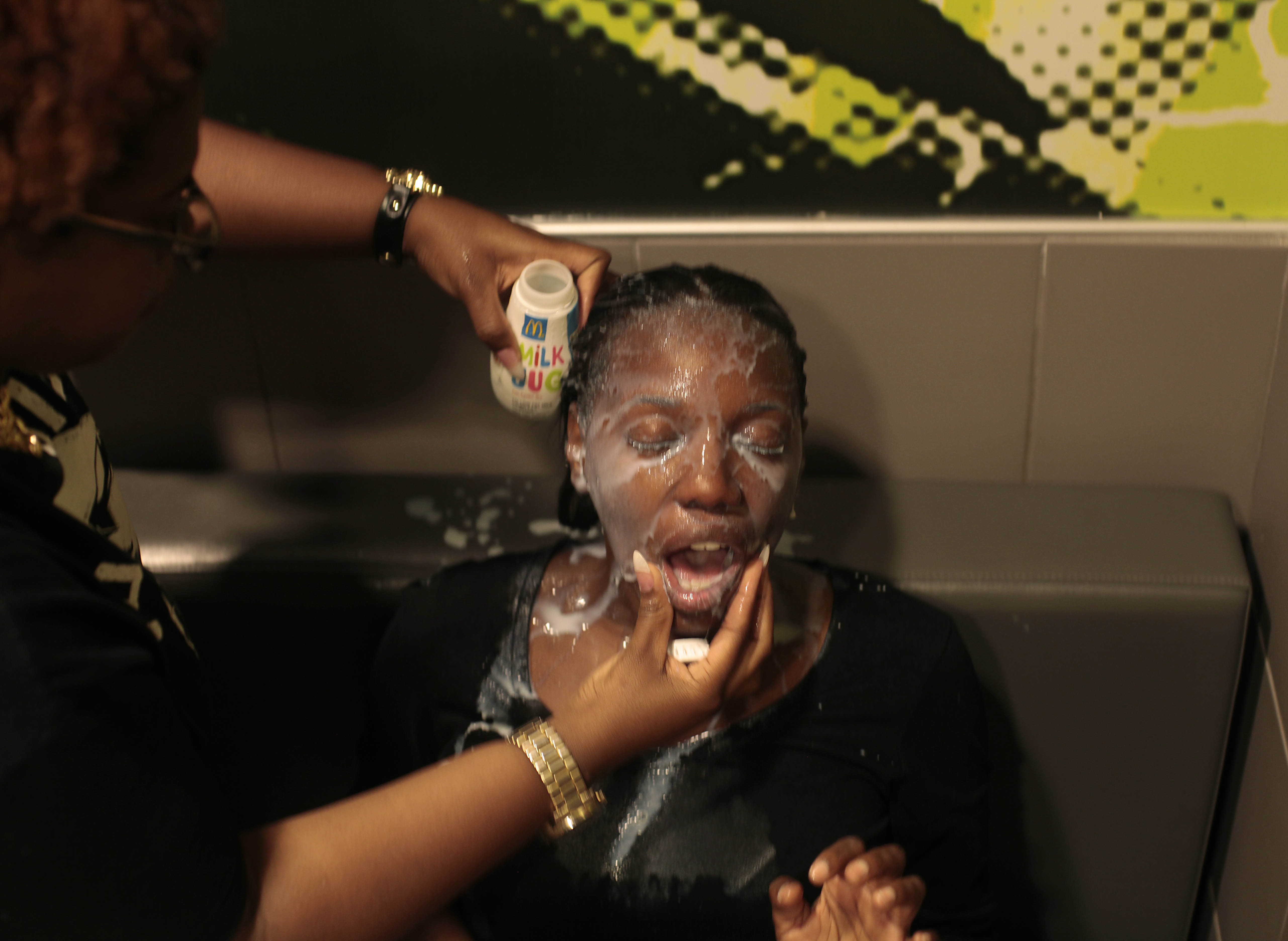 So far, the store seems to have handled the situation pretty well. Several reporters who’ve used the McDonald’s as a quasi field office said employees had been kind, allowing them to hang out even if they didn’t buy anything.

“I once went in there and asked for a glass of water,” said MSNBC’s Amanda Sakuma, who has been reporting from Ferguson since Friday. “They never said anything to me [about not buying anything].” 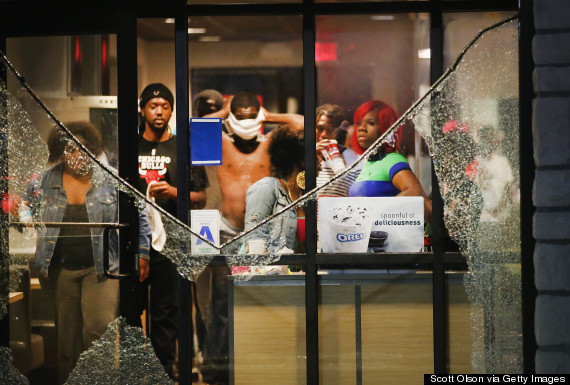 Twitter users gave McDonald's shout-outs for being a safe haven in the midst of mayhem:

The McDonald's on W Florissant Ave is the real MVP right now. They've had normal business hours all week and are dead center of the madness

Even after the smashed window incident, which McDonald's says it is still investigating, the restaurant was open for business the next morning, with residents gathering to watch news of the preliminary results of an independent autopsy Brown's family had requested.

Ferguson residents at McDonalds are *glued* to autopsy news conference on CNN. pic.twitter.com/rSzuj84sLg

The West Florissant McDonald's will now be closing at 4:30 p.m. for the foreseeable future due to safety precautions, store manager Perri Williams told HuffPost on Tuesday. Still, community members have “expressed gratitude” that McDonald’s has stayed open to serve them throughout the conflict, company spokesperson Lisa McComb said.

“We’ll continue to monitor the situation and adjust operational hours accordingly, with a focus on the safety of our employees and customers,” McComb said.

McDonald’s has to walk a careful line in Ferguson between providing a space for protesters and protecting customers trying to avoid the unrest and grab a meal, said Chris Bernardo, the founder of Commercial District Services, a company that manages public spaces.

“Places like McDonald’s, or any other place like that where people gather, are open to the public -- they are de facto public spaces in a sense,” said Don Mitchell, a professor at Syracuse University who wrote a book on the fight for public spaces. “They do have a responsibility to protect that function.”

McDonald’s stores have found themselves in difficult situations with communal meetups before. Last year, a McDonald’s in the Queens borough of New York City became a place for elderly Korean residents to hang out and sip coffee after the Korean bakery where they used to meet closed. The store reportedly called the police to remove the customers, who spent hours at the eatery, before a local politician brokered a truce. Church groups have hosted Bible studies at local McDonald’s in some cities across the country, though a Bible group for the homeless in Camden, New Jersey, was reportedly asked to take their meetings elsewhere in 2012 after a customer complaint.

The fast food chain served a place for Occupy Wall Street protesters to rest and use the bathroom during protests in downtown Manhattan in 2011.

Last year, the Wall Street Journal reported on a trend of young people who don't have Internet access at home using McDonald's as a place to do homework because it's open for longer hours than local libraries, which lately have seen their budgets cut. Public library funds have fallen 3.8 percent since the recession began in the 2008 fiscal year, according to a report by the Institute of Museum and Library Services.

It’s a little hard to tell whether we should be glad that McDonald’s is serving a useful public cause, or utterly depressed that traditional meeting places like libraries and local sandwich shops have been replaced by a corporate behemoths like McDonald’s and Starbucks.

“When a McDonald’s is becoming your primary gathering place, that might suggest that there’s a shortage of appropriate public spaces that allow for people to exercise their First Amendment rights,” Bernardo said.

When the public spaces are overrun with a heavily militarized police force, perhaps we should be glad for an alternative.