Turns out paradise is not lost.

It exists on Fernando do Noronha, a string of islands 220 miles off the coast of Brazil. This national marine park has waters so pristine and wildlife so precious, you're literally not allowed to swim with sunscreen on in some places. The islands are home to most of the top-rated beaches in all of Brazil and some of the world's best surfing. Some guest lodgings have private baths on their porches, and old-school dune buggies rumble toward beaches brimming with dolphins, lobsters, turtles and corals.

Oh, and did we mention there's a guest limit? Only about 400 visitors are allowed on the islands at any given time, making this sanctuary both epic and epically exclusive. 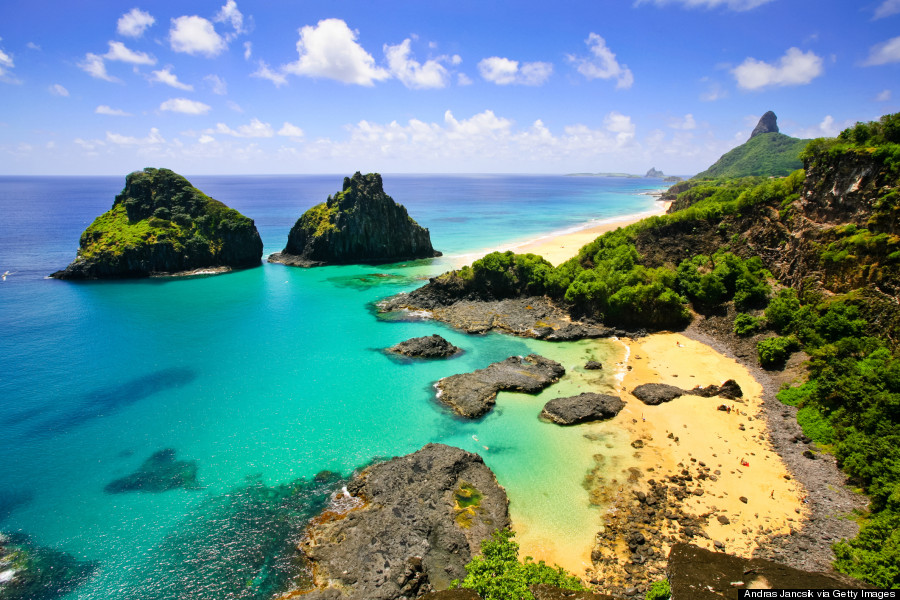 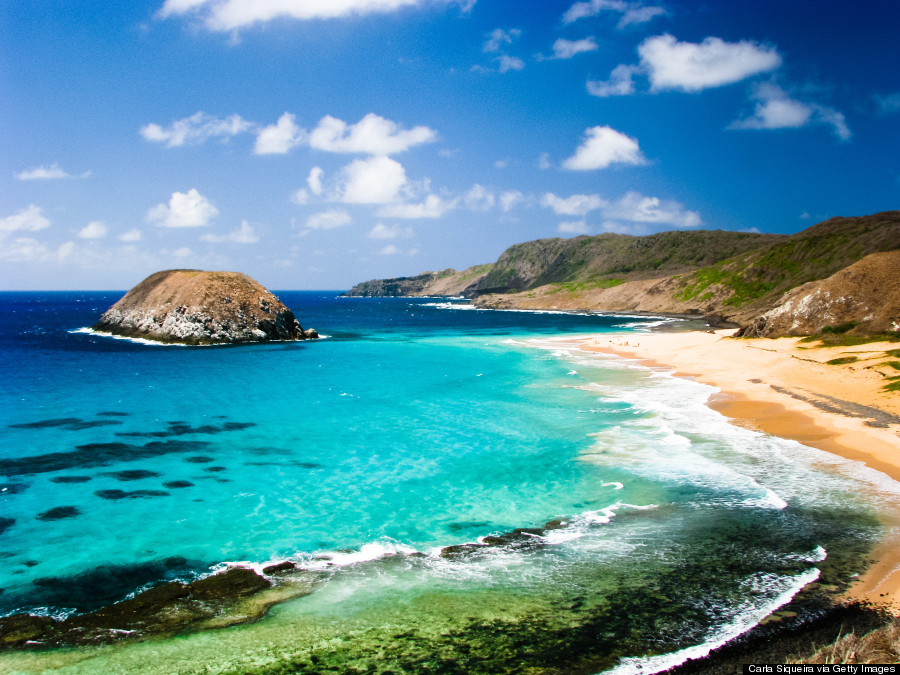 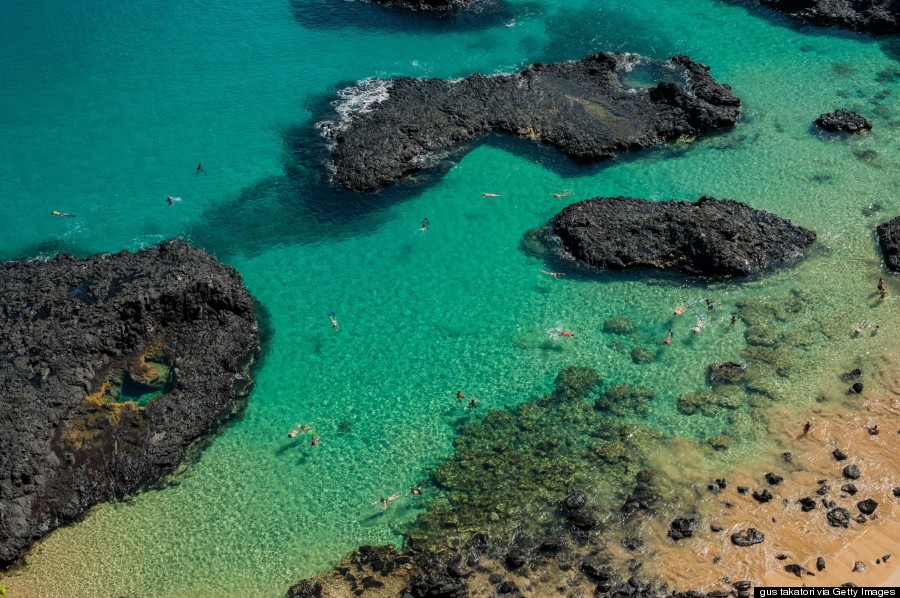 The islands of Fernando de Noronha actually "represent the peaks of a large submarine mountain system of volcanic origin," according to UNESCO. This UNESCO world heritage site is protected to the point that beaches are best described as "immaculate" and "virtually deserted."

Oh, how we LOVE the sound of that.

You'll find a natural swimming pool at Praia do Atalaia and a beach called Sancho Bay, accessed only via ladder between two rocks. Visitors might dolphin-watch, trek through caves to deserted beaches or hang out with Naomi Campbell as she recovers from Fashion Week.

In any case, this place is perfect. We'll take a eucalyptus bungalow and a snorkel mask, please. 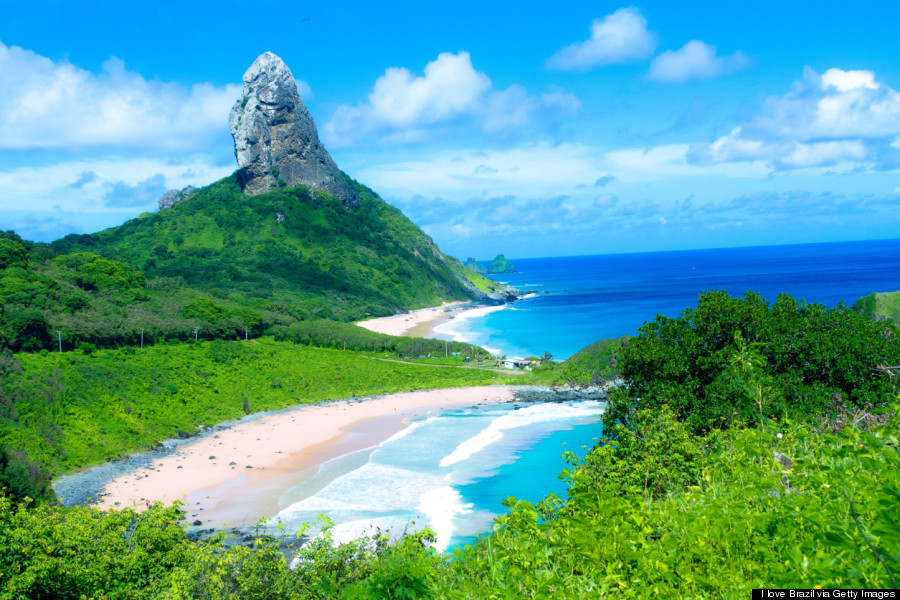 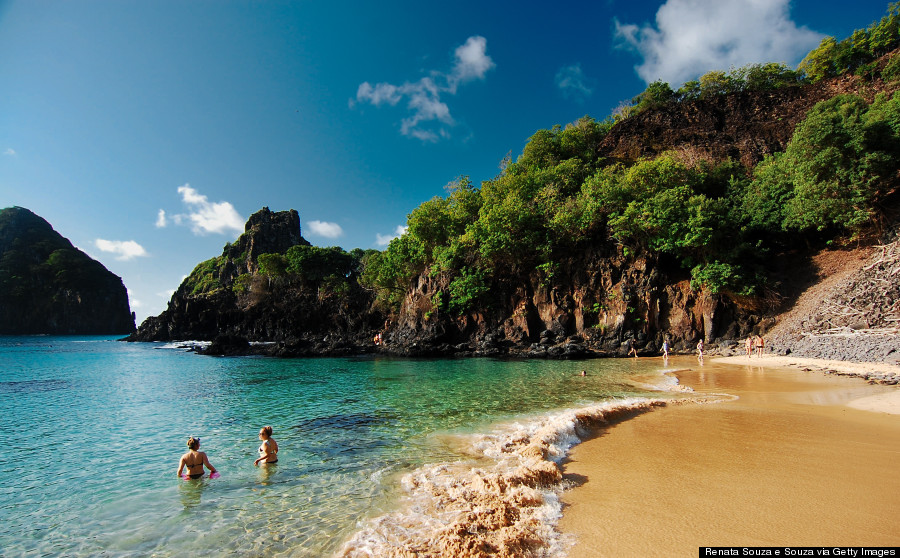 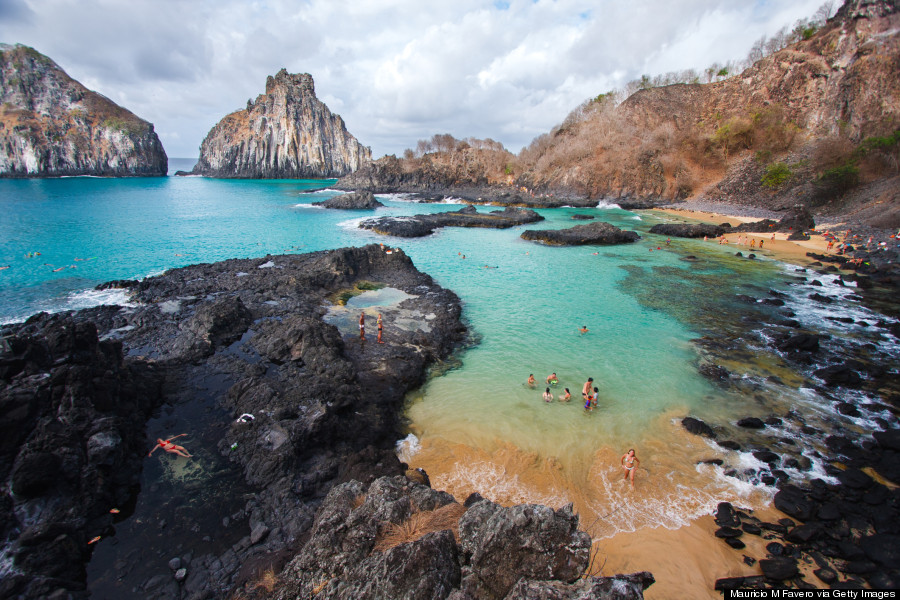 You can fly to Fernando de Noronha -- once there, many visitors get around via dune buggy.

December marks the start of the high season, so hit the islands soon!

Nurai Island—Abu Dhabi
Sotheby’s describes this Abu Dhabi island quite accurately when calling it an “amazing estate.” With a sprawling, six-bedroom beachfront household, a private helipad, luxury spa, first-class fitness center, and a handful of watersport accessories, there's no doubt Nurai Island is anything short of astonishing. Oh and in case you were worried about where your staff might stay, don’t worry because there’s a chef’s quarter and maid’s chamber too. Sothebys; $14,974,136 USD Photo Credit: Shutterstock Click here to see the All The Extravagant Islands You Can Actually Buy
Six Senses Con Dao—Vietnam
Aptly labeled as a “paradise for nature lovers,” this private villa situated among an archipelago of 14 islets prides itself on low environmental impact through the optimization of natural light and ventilation. But even with its back-to-basic, eco-friendly features, the island is far from primitive. It includes a private massage pavilion, custom kitchens with individual wine cellars, built-in sound systems, flat screen TVs, and Wifi. All this amidst protected tropical forests and immaculate white sand beaches featuring some of Vietnams most coveted diving spots. Sothebys; $1,700,000 USD Photo Credit: Shutterstock
Judge Island—Beaufort, South Carolina
Serenity awaits behind the front gate entry to this modern but cozy three-acre estate tucked away in the corner of South Carolina’s Lady’s Island district. Ocean views are all around as well as the breathtaking sights of both the Saint Helena Sound and Morgan River. Perfect for an adventurous, active family, the island’s custom-designed home includes four bedrooms and three full baths, two fifty-inch Lennox Estate Fireplaces, a workshop, and ground floor covered dog run. Sothebys; $1,495,000 USD Photo Credit: © Flickr / Andrew Smith Click here to see the All The Extravagant Islands You Can Actually Buy
Private Island—Brittany, France
Imagine calling a castle-like fort on a quite French Island home; sure sounds like one hell of a childhood dream coming true. Located off the coast of Brittany, France, this unnamed intimate island boasts stunning sandy beaches and a more than 200-year-old fort that features its very own watchtower with a brilliant view of the sea, a fireplace lounge, and space for five more friends to stay. Sothebys; $2,661,368 USD Photo Credit: © Flickr / KotomiCreations
Sturdivant Island—Cumberland, Maine
Maybe it’s not tropical but this three-acre island off the coast of Maine can easily compete against listings that claim warm-weather whereabouts. Its convenient location provides easy access to remote relaxation amidst cozy, cottage accommodations surrounded by charming walking trails and exquisite beaches. Sothebys; $2,250,000 USD Photo Credit: Google Maps Click here to see the All The Extravagant Islands You Can Actually Buy
More:
International Destinationsbest islands in the world DestinationsHoliday Travelhplifestyle