It's been nearly 30 years today, since Ferris Bueller took the day off, but kids (and adults) everywhere still dream of ditching school (or work) with the same panache as our favorite class-cutter extraordinaire. Unless you've been living under a rock, you've seen the movie at least a dozen times and can repeat every single line.

But here are nine things you probably didn't know about "Ferris Bueller's Day Off"... (yes, that's how many absences Ferris has had).

1. June, 5, 1985 was probably Ferris' real day off. Yes, calling in sick on this day is highly suspect thanks to our beloved movie. Experts have pinpointed the actual day Ferris, Cameron, and Sloane painted Chicago red, because of the Braves-Cubs baseball game they attended. We think this should be declared a national holiday, because, well, as Ferris put it, "How could I be expected to handle school on a day like this?"

2. Mr. and Mrs. Bueller were a real-life couple -- after the movie, that is. The two fell for each other during the filming of the movie and married later in 1986 when the movie came out. Aww!

But that wasn't the only love connection made on the set of the film...

3. Though they played sparring brother and sister in the film, Matthew Broderick was actually engaged to his on-screen sister, Jennifer Grey. Like their on-screen parents, the couple announced their plans to marry in 1986 but the engagement was later called off. Grey shot to fame after "Dirty Dancing" and went on to marry actor Clark Gregg, while Broderick married actress Sarah Jessica Parker.

4. Though Ferris and company were portraying high-schoolers, only Mia Sara -- who played Ferris' girlfriend Sloane Peterson -- was a teenager at the time of filming. Matthew Broderick was 23 and Alan Ruck, who played Cameron Frye, was 29!

5. Painter George Seurat's famous work, "A Sunday on La Grande Jatte," is the work that Cameron appears to be so mesmerized by when the gang takes to the Art Institute of Chicago. The 19th century painting is a popular attraction for visitors at the museum and can still be found as part of its permanent collection, in case you ever swing over to the Windy City for your own delinquent excursion.

6. Cameron's father's smokin' red Ferrari California Spyder was actually a fake. Yes, the dream car that suffered a tragic end, crashing into a ravine behind Cameron's house, was a replica of the '63 car. Director John Hughes had automaker design three special replicas for the film to keep costs down. The replica cost a mere $25,000 while the real deal would have cost a cool $300,000. One replica (not the crashed one) was auctioned off for $230,000 last year.

7. Charlie Sheen really wasn't 'on' anything during his scene in the film. While the actor has had his share of drug troubles in recent years, sleeplessness, not drugs, were used to help him fit the part of a strung-out, bad boy

8. Though the film took place in the greater Chicago area, the Bueller residence was actually a house in Long Beach, California. Sorry, Bueller-tourists. A movie scout discovered the all-American home and simply knocked on the door and asked the owners if they could film there. The filming at the house took only 10 days and the family stayed in the house the entire time.

9. Look closely and you'll discover every license plate in the movie has a meaning. Cameron's father's Ferrari had the plate (fittingly) "NRVOUS," but all the other plates paid homage to one of Hughes films, like Jeannie's which read "TBC" for "The Breakfast Club" and Principal Rooney's which read "4FBDO." We'll let you figure that last one out. 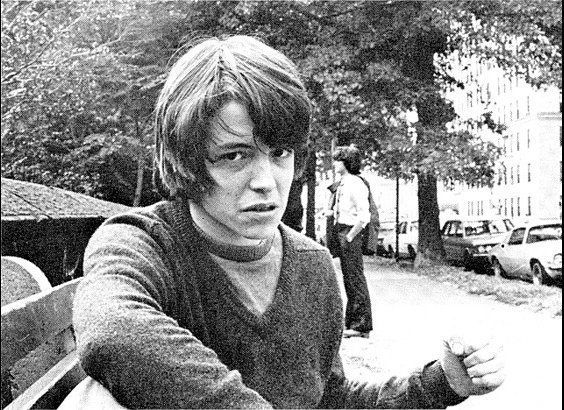