An explosion at a West, Texas, fertilizer plant that injured more than 100 and killed an estimated five to 15 people on Wednesday (April 18) is an eerie echo of another Texas industrial disaster that struck almost exactly 66 years ago.

On April 16, 1947, a ship loaded with ammonium nitrate docked at the Port of Texas City erupted in flames, causing a massive explosion that killed approximately 576 people, according to the Texas State Historical Association. It was the worst industrial accident in U.S. history.

Besides the eerie timing, Wednesday's plant fire and explosion and the Texas City disaster had the same cause in common: chemical fertilizer. In 1947, the French vessel the SS Grandcamp was carrying ammonium nitrate, a material used to produce bombs during World War II and later turned into fertilizer. After a fire, 2,300 tons of the ammonium nitrate detonated, flattening 1,000 buildings in the city. All of the city's firefighting equipment was destroyed in the blast and 26 firemen were killed. A second ship at the port, also carrying ammonium nitrate, caught fire in the blast and exploded 16 hours later. With the destruction of the city's fire-fighting equipment in the first blast, Texas City was helpless to corral the damage of the second blast. [The 10 Greatest Explosions Ever]

At a press conference Thursday (April 18) morning, a Waco, Texas, police spokesman said that three to four firefighters who had been battling the initial fertilizer-plant blaze are missing. Another, a firefighter and local constable, has been found and hospitalized with serious injuries.

The fertilizer plant explosion leveled some five blocks of homes around the factory. It's not yet clear what triggered the fire and subsequent blast.

Ammonium nitrate has also caused other major industrial disasters, most recently in Bryan, Texas, in 2009, when another fertilizer processing plant caught fire, forcing the evacuation of over 80,000 nearby residents. Only one person was injured. In Mexico in 2007, a truck containing ammonium nitrate crashed and ignited, killing a total of 40 people and injuring 150 more.

Ammonium nitrate was also the explosive used in the Oklahoma City bombing on April 19, 1995, which killed 168 individuals. The perpetrator of that attack, Timothy McVeigh, was in part inspired by a federal siege of a compound of Branch Davidians also near Waco, Texas, which ended in a conflagration and 76 deaths on April 19, 1993. 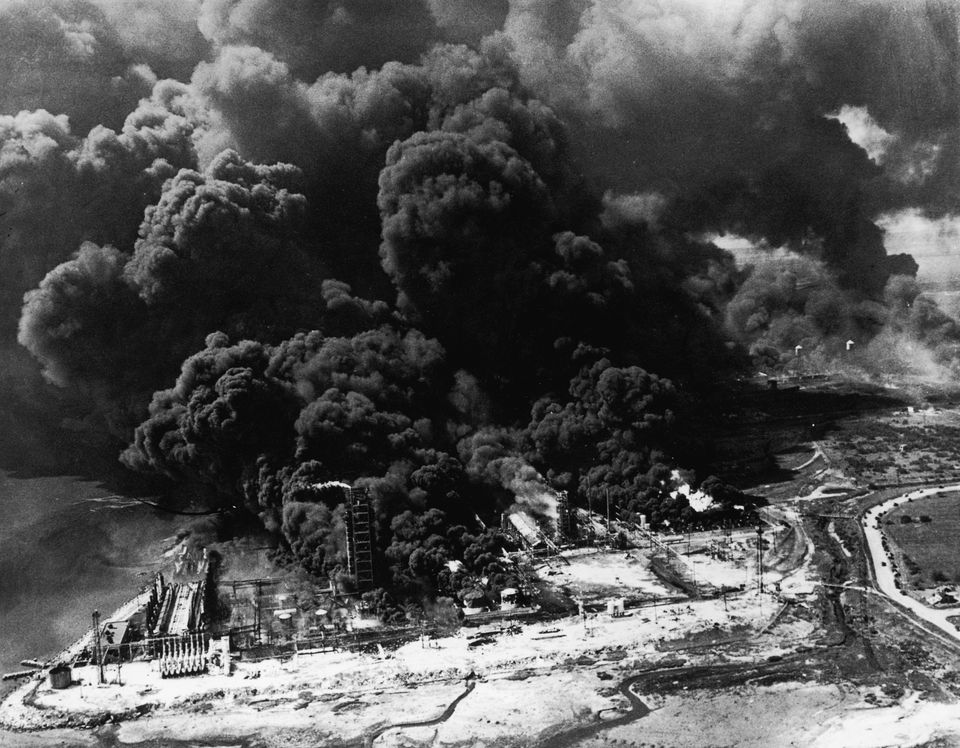 1 / 15
Port Of Texas City Disaster
19th April 1947: Clouds of smoke pouring from the blazing Monsanto plant at Texas City before it exploded and set the Pan American Refinery Corps and neighbouring buildings on fire. (Photo by Keystone/Getty Images)
Getty Images