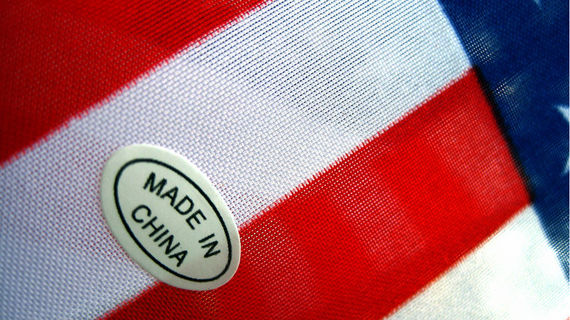 "Most handbags made in Asia cost less than $30 to manufacture but traditionally made Italian bags cost brands hundreds of dollars to make. However, many handbags made in Prato, an Italian city where significant numbers of people who entered the country illegally produce fashion items at greatly reduced costs," states handbag-designer, Jill Milan.

"The irony of Made in Italy (MII) is that the imagined generational crafters that people envision do not make most products with the designation," says Executive Producer of Fashion Week Los Angeles," Christina Iannuzzi.

Rather, they are crafted by indentured servants who are at best "recruited" to work long hours for little pay, and with little points of exit. The racism behind the "Made in Italy" mantra, which many assume means made by Italians, attracts the seediest of individuals to prey on those least apt to protect themselves.

They are motivated by an even seedier public through which latent racism devalues the craftsmanship of the countries where the indentured servants are recruited from. The question remains: how and why are certain countries valued over others, not only in their human capital but also in the products that result from it?

Consumers are often well intentioned in their decision to purchase MII, carrying the common misconception that the location of the manufacturer plays is a large part in indicating the quality. This is largely due to the inability of most purchasers to evaluate quality based on other measures. By increasing consumer knowledge of how to evaluate apparel quality, there will likely be a secondary effect of decreasing latent racists purchasing behavior.

MII are also the result of another tendency to fetishize other cultures. Reductively assuming that others are more unique and special than themselves. This tendency harkens back to the beginning of colonization, but unlike the past that focused on extracting resources, today's fetishism is leading many to participate and invest through the purchase of goods made in other countries at the expense of their own country's economies.

The Executive Producer of Fashion Week LA is working to combat this trend by offering discounts to fashion brands that choose to produce domestically. These discounts often make it cheaper than the discounts that result from outsourcing to Third World countries with lower production costs.

The effort is part of an American movement to produce and purchase domestically made products. Why the sudden urgency for the movement? A spiraling American economy where American's have grown up seeing the production of everything moved to China.

An entire generation of millennials is now observing the consequences of the deferring of purchasing power to other countries and the blockage (or shortage) of opportunity they have when it comes to earning the incomes they need to purchase goods in the first place. In a generation where there are more goods than ever before, American Millennials, especially those with little formal education, are finding themselves jobless and unequipped to carry the burden imposed by the generations before.

Manufacturing jobs have evaporated and with it, the nourishment needed to feed our own.