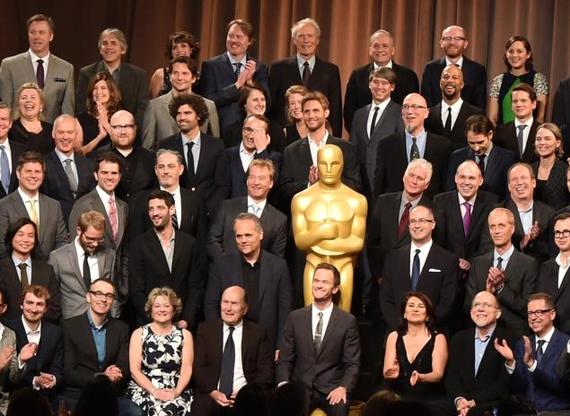 I am not a movie critic, but I enjoy watching a good movie. On a long flight, I can fit in three movies each way. Movies possess power. Movies move us, make us laugh, make us cry, challenge us, and may even at times make us better persons.

The recent announcement of the 2016 Academy Award nominations has stirred a controversy. Many have protested that all the nominees for the acting awards are white. Protests have also focused on the lack of racial diversity within the Academy of Motion Picture Arts and Sciences boards that makes the nominations.

In light of all the problems facing the world today, one might wonder why the level of concern about Oscar nominations that present no actors of color, and why the rest of the world should care. We are concerned because it may be a symptom of racial discrimination.

We have recently heard from Michael Caine and his advice to black actors and directors, "Of course it will come. It took me years to get an Oscar - years." We also heard from Charlotte Rampling: "It's racist to white people." She continued,"One can never really know, but perhaps the black actors did not deserve to make the final list." These are provocative comments from white people who have succeeded, about the lack of success of others.

Why should this year be so different from previous years when there have also been no African-Americans nominated for acting Academy awards? The answer may lie in the fact that from between 1992 and 2008, there has never been more than a two-year gap between African-American's winning an acting Oscar.

While popular culture and social media rightly discusses and debates the absence of black nominations for the 2016 Oscars, another, largely invisible, subaltern people are routinely disparaged by the motion picture industry and exploited worldwide: Asian Americans.

In addition, white actors have played Asian characters in the past, a practice that still occurs today. How can we forget Emma Stone playing an Asian character in Aloha. While set in Hawai'i, the cast was predominantly white, particularly in the major roles. Such practices make Asian Americans invisible in movies and in turn in society.

In the book, Theological Reflections on "Gangnam Style", my co-author Dr. Joseph Cheah and I do a historical survey of Asian American depiction in American culture that demonstrates how racism is embedded in American historical and cultural identity. At the beginning of the early twentieth century, the idea of Asians as the "yellow peril" was embodied in a fictional character, Fu Manchu who was introduced by British novelist Sax Rohmer. Fu Manchu's evil character was featured in movies, radio, television, and comic strips as a diabolical mastermind and was often laughed at for his eccentricity. This character reinforced the worst of degraded stereotypes of Asians and Asian Americans and left an indelible imprint on the collective American memory.

Stereotypical portrayals of Asian males as buffoonish, nerdy, and socially awkward appear throughout films. Mr. Yunioshi in Breakfast at Tiffany's is a movie version of yellowface in which Mickey Rooney played the part of Mr. Yunioshi, an Asian character with protruding buckteeth, squinty eyes, and an outrageous Japanese accent. The film ridiculed Asian Americans for having an outlandish accent, behavior, and a lack of social grace. In the 1984 film, Sixteen Candles, Long Duk Dong, the Asian exchange student, is depicted as a racist caricature of an Asian person whose lack of self-esteem causes him to humiliate himself and to giggle uncontrollably. Dong perpetuates the worst of Asian stereotypes produced by Hollywood.

Furthermore, Asian and Asian American women are regularly portrayed as hypersexualized beings in Hollywood movies such as Madame Butterfly and Memoirs of a Geisha. These and other movies portray them in subordinate, subservient and hypersexualized roles.

Why is this important when we are confronted with world-wide issues such as the Syrian refugee crisis, climate change, and sex trafficking? Because it is all interrelated. Movies and television influence our identity, consciousness and understanding of others. If we want to welcome refugees, deal with climate change (which most deeply impacts the most vulnerable and the poorest in the world), and work to end sex trafficking, we need to be able to overcome racism and racial discrimination and see each other as brothers and sisters.

If we want our children to grow up embracing and accepting one another without showing discrimination due to skin color, then we have to tackle all areas of systemic racism. And that includes the motion picture industry, the most visible and exportable mirror of American society.