Italians wines have always been a favorite on my palette. Couple that with the Chianti region in Italy and to me that is an experience that borders on paradise. Think of a castle (or castello as the Italians call it) that was originally constructed in 1124 and over the years home to some of Florence's most famous noble families. That would be the stunning Castello di Gabbiano estate in the Chianti Classico region. It is a castle that has seen history, battles and a lot of good wine. 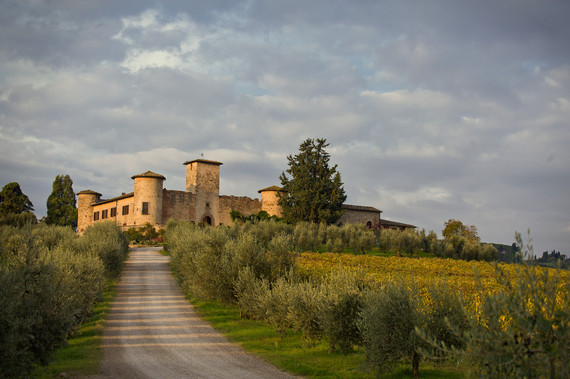 There are over 300 acres of vineyard planted at Castello di Gabbiano mainly of the Sangiovese, Cabernet Sauvignon, Merlot and Canaiolo persuasion. Even better, guests to the vineyard can stay at the castle overnight drinking the wine, touring the property and otherwise lounging the day away. There are 11 rooms in the castle and five apartments that can be rented. Each room is located down a long hall and up a steep set of steps, all reminiscent of the history and secrets this grand old structure embodies. 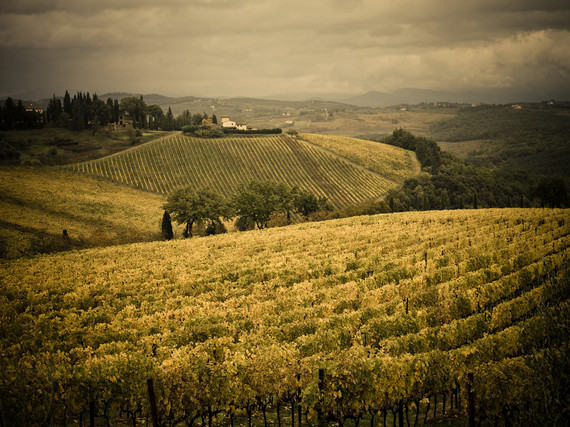 Visitors are given the chance to tour the castle's cellar and hand-carved tunnels, which date back to the late 13th century. These tunnels have been restored to accommodate more than 600 French oak barrels and there is also a library of Gabbiano reserve wines. With a restaurant on the property, Il Cavaliere, you can take cooking classes with Chef Francesco Berardinelli and on occasion there is even a cheese tasting class as well as wine tasting, of course.

Chef Berardinelli was born in Piedmont, but as a young child his family moved to Tuscany. He was trained as a chef in Florence and before becoming part of the Castello di Gabbiano team he had already opened a number of restaurants including Il Beccofino in Florence. I can definitely say that his recipes at Il Cavaliere express his love for Tuscany, showcase the seasonal, fresh approach of Italian cuisine and beautifully highlight the Castello di Gabbiano wines.

The winemaking tradition at Castello di Gabbiano dates back to the Tuscan winemaking tradition that began about 3,000 years ago. That was when the Etruscans cultivated vines and made wine that was among the first to be distributed in Europe. There was much fighting for land over the last 3000 years in this area as well as the fall of the Roman Empire and raging battles between the nearby city of Siena and Florence, but one thing remained constant -- the wine.

Castello di Gabbiano was actually built, just one among many castles built over the past thousands of years, during this bloody time. Notice that the symbol for this castle even today is the Il Cavaliere or a knight on horseback. Legend says that the Cavaliere protected the Castello from outside invaders, a scene that once could be seen on a long-lost fresco that adorned the castle walls.

As for the wine, well the wine in the Chianti region stands out as one of the best winegrowing areas in the world. This is due to the clay and limestone soil giving the grapes in this region an intense taste and structure. Add to the mix Castello di Gabbiano's Winemaker Federico Cerelli and you have the perfect blend. Cerelli is a native of Tuscany and alongside the age old grapes he brings modern winemaking techniques into the process.

Cerelli has been with Castello di Gabbiano since 2011 working with other local wineries on his journey to the castle. 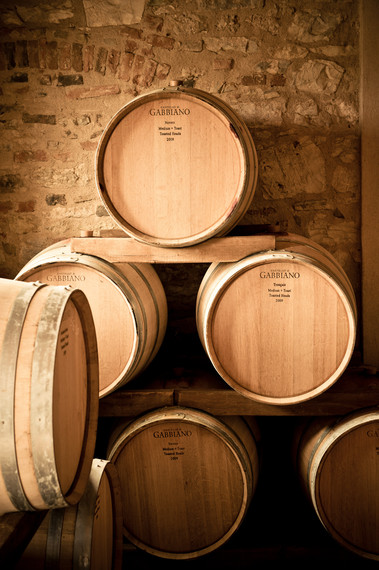 As for the wines, each one speaks for itself beautifully. Labels include Alleanza I.G.T., Bellezza Chianti Classico DOCG Gran Selezione, Chianti Classico DOCG Riserva, Chianti DOCG, Solatio, Traminer Vendemmia Tardiva and my favorite the Chianti Classico DOCG, which is produced according to the classic style of making wine with a nod toward the ancient tradition. My other favorite Castello di Gabbiano however, the Rose on the opposite end of the spectrum and not a part of the wine that is part of this region at all. The Rose was as the notes read "born out of the company's desire to discover and reveal the versatility of Sangiovese, the vine that has always reigned supreme here, this wine demonstrates the ability of Gabbiano to rise above the confines of its own history."

If you do decide to leave the castle and head into Sienna there is no other way to do it than with a tried and true Italian Fiat. The Fiat offers everything Americans love about the Italian style and sass from across the pond. The Fiat brand actually dates back to 1957 when it was first introduced then re-introduced not so long ago in 2007 and the 2015 Fiat 500 Abarth is definitely a keeper.

In 2015 Fiat introduced the automatic transmission on the 500 Turbo and Abarth options and a new instrument cluster design was added as well as some techie additions like audio streaming and an extra USB port. Remember too, if you don't like the hatchback version there is the convertible style so Fiat has a lot to offer on any level.

The Turbo feature on this one really makes driving fun and depending on the trim there are also options like a roof spoiler, perforated cloth seats and a leather-wrapped shift knob.
For driver and passenger in the front seat there is plenty of room, with the sunroof there is less head room however, and in the back unless you are short or very young it's not a comfortable fit.

As for getting out and making a scene, it's pure Italian -- fun to drive and shifting gears in the manual version gives you that Romanesque feel as you imagine you are taking to Tuscany road and starring in your own Fellini movie. 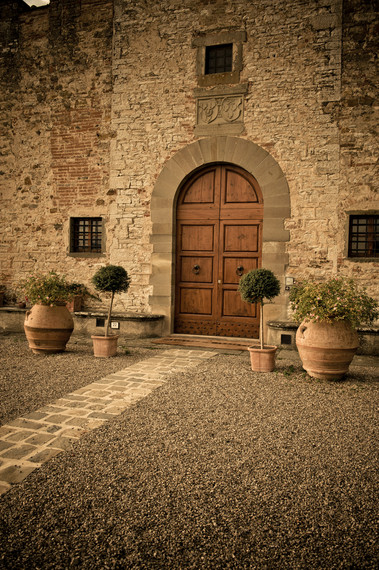 For more auto tips and information follow Rita @RitaCook13 or on Instagram at RitaCook13.
To hear more about Rita's travels listen to her every Saturday night on WTIM radio at 7 p.m. CST or visit http://theinsidermag.com for archived episodes.