Anyone in the market for a car with a built-in espresso machine? You're in luck

Fiat just announced that its 500L model will be "the first standard-production car in the world to offer a true espresso coffee machine." As Gawker points out, this is a great idea until you factor in a couple drawbacks:

Aside from the fact that spilling scalding coffee is a safety hazard, an extra appliance is a distraction, and drinking espresso will make you have to pee way more frequently, the concept of an in-car espresso maker sounds pretty good. 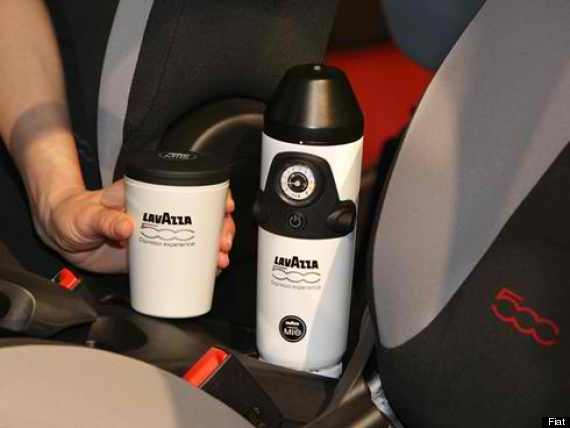 Fiat's release reveals the machine will use "the technology of the ‘A Modo Mio’ pods" and is being created in collaboration with Italian coffee company Lavazza.

USAToday says the machine will be available in the models that go on sale in Italy in October and the rest of Europe shortly after. Unfortunately, it's looking like in-car espresso machines might be a hard sell for American consumers:

The 500L, which is being built in Serbia, is due in the U.S. in 2013, but the espresso maker seems unlikely in the current climate of concern over driver distractions in cars. You could argue that it would do wonders for driver alertness.

More:
Foodfiat
Newsletter Sign Up
An essential daily guide to achieving the good life
Subscribe to our lifestyle email.
Successfully Subscribed!
Realness delivered to your inbox