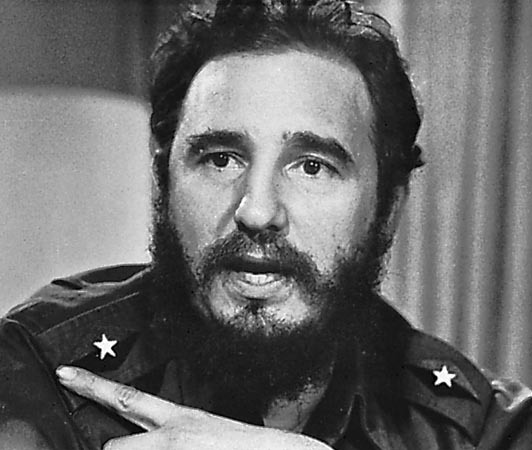 Some will say he freed the Cuban people from the chains of capitalism.

Some will say he was a tyrant. A merciless dictator who ruled his country with no respect to human rights, jailing and torturing his opponents and sending into exile hundreds of thousands of people, forcing them lose their country once forever.

Some will say he offered high-level free health and education services to every single Cuban citizen.

Some will say those services are of dubious quality and make no sense when the Cuban people have been living in poverty for years.

Some will say he was one of the most charismatic politicians of the 20th century and a visionary who made the impossible possible. Like David defeating Goliath, the USA faced absolute defeat on a prestige level from a small country like Cuba.

Some will say he was a lucky opportunist who he took advantage of the circumstances and the need to avoid a nuclear confrontation between the USA and the USSR. Circumstances provided the opportunity for him to avert US intervention in Cuba and secured his rule over the country.

Some will say the Cubans adore him because he gave them freedom and dignity and that they will mourn his death for years.

Some will say Cuba is in a state of total poverty as a result of his dictatorship and that Cubans have been waiting patiently for decades for its end.

Some will say Cuba's economic issues result from the many years of economic embargo by the USA and other global economic interests that Castro never served.

Some will say Cuba received substantial economic support from the USSR and freely traded with most of the countries around the world and that the country's current poor economic condition is exclusively a result of Castro's dictatorship.

Some will say he was the one who showed the path to people's freedom and how utopia can become reality.

Some will say he died rich and privileged when his people were starving. 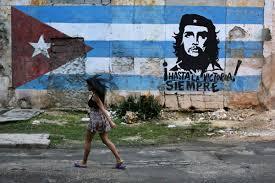 No matter which side someone takes, those who praise Fidel or those who share the same feelings with Cuban exiles and their descendants celebrating his death on the streets of Florida waving Cuban flags, there are some facts that are simply indisputable. Fidel Castro was one of the most iconic personalities of modern global history and one of the key players of the Cold War era. He ruled for decades, applying social policies that can only be characterized as innovative. Lastly, he is undoubtedly the most beloved symbolic political leader for a number of countries around the world and the basic political influence for Latin American countries.

Growing up in Greece, a small country with long history that likes to affiliate with small and weak countries who are fighting the system, I always thought of Cuba as an exotic destination where human freedoms and dignity were reality. I recall people often saying "You have to visit Cuba before Fidel dies and everything changes." Years later, I still haven't managed to visit this exotic country and missed the opportunity to do this while Fidel was alive. That said, I find myself incapable of choosing sides in how I feel about Fidel.

For the time being, I will just trust the words of a good friend and a reliable Greek journalist, Thomas Siomos from Thessaloniki. Thomas visited Cuba several times and a while back decided to write Fidel a letter. This is how it closes:

"Dear Fidel, unfortunately revolution proved to be the story of one and only man. It has been your story and now, as you fade out lost in your thoughts, in lost opportunities and in those moments that you wish you have never lived, now the revolution will fade with you and will be lost like the dust that the ocean breeze brings on the humble houses and the dirty streets of Havana. Streets that they patiently waiting for a tropical storm, so the dust and the shame will be washed away.

I have seen how a society that you have built does not worry despite problems and continues to live with music, dance and love. A lot of love... But now it's obvious, Fidel, that the revolution grew old and has been inextricably bound to its leader. Your body drags revolution to decay and old age and together you grow old. Attached to you, the revolution got wrinkled and breathes heavily and dies along with you Fidel. Even the necessary measures that Raul struggles to apply seem like a hopeless attempt to revive a clinically dead collective case that has body, soul, memory, and pain. It hurts and begs for euthanasia that no one is taking the responsibility to offer..."