Plenty of kids are crazy about dinosaurs. But few grow up and get to work with them everyday.

Guy Gsell, creator and executive producer of Field Station: Dinosaurs in Secaucus, N.J, however, is currently living that dream. After working in children’s theater for most of his career, Gsell had the idea of making a dinosaur theme park. 18 months later in May 2012, Field Station: Dinosaurs opened, featuring more than 30 life-size animatronic dinosaurs spread throughout 16 acres of an abandoned quarry.

“My first memories were of dinosaurs. I wanted to go on an adventure when I was a kid, and now I am on that adventure today,” Gsell said.

The park is any 7-seven-year-old kid's dream come true: featuring "lifelike" dinosaur puppets, and other exhibitions, all of which work toward Gsell’s goal of making a positive difference in the lives of the kids who visit the park, as well as the surrounding community.

“We want every kid leaving here to believe that it’s as cool to be a scientist as it is to be a football player or a fireman,” he said.

Field Station: Dinosaurs takes its educational mission a step further by taking its demonstrations to local schools and libraries. A cheaper option for those can't afford the steep price of admission, $20 for a child's day pass.

When hurricane Sandy hit, Gsell even lent one of the park’s generator to the town, according to The Hudson Reporter.

The park is diligent about working within the community. Local teens have found their first summer jobs working among the giant robotic reptiles. It contributes a parking fee directly back to the town’s Laurel Park as well, helping to spread the wealth from visitors from nearby New York City.

“There are days when I come to this park and I just can’t believe that it happened,” he said. 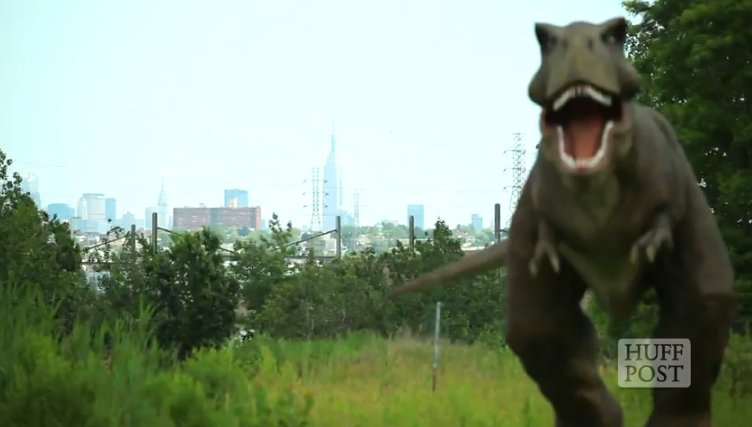