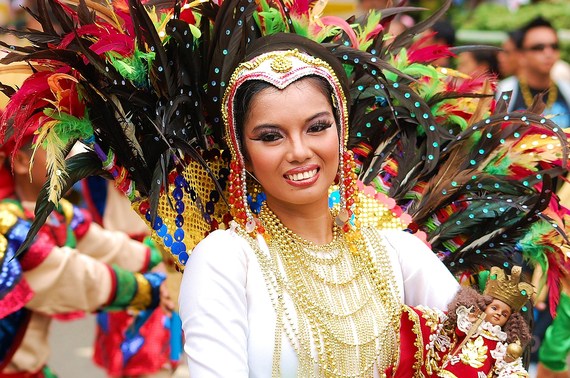 "What [emerging markets'] experiences underscore is that political cycles are as important to a nation's prospects as economic ones," argued Ruchir Sharma, head of Emerging Markets and Global Macro at Morgan Stanley Investment Management, in an influential essay for the Foreign Affairs magazine.

And this is why it is important to pay close attention to upcoming elections in promising emerging markets like the Philippines, where personality rather policy will be a determining factor. Thanks to elections spending, the Philippine's Gross Domestic Product growth is expected to accelerate to 6% this year.

Quite understandably, much of the world has been transfixed by the ongoing slow-motion meltdown within the Republican Party, as Donald Trump leads a boisterous insurgency against the party establishment. Whether Trump -- who is astutely exploiting a toxic cocktail of economic despair and latent racism -- wins in the general elections or not, few can deny that he has already done permanent damage to the Republican Party and America's global image.

The meteoric rise of the real estate mogul is a poignant reflection of America's dysfunctional politics, which in turn has been fuelled by rising inequality and elite co-optation of democratic institutions. Ironically, millions of Americans are warming up to the idea of electing an obnoxious capitalist to supposedly save American democracy from am oligarchic establishment.

And strangely, American politics is beginning to resemble that of a former Asian colony, the Philippines, where nascent democratic institutions have been irredeemably hijacked by a fairly coherent oligarchy, which has ravaged, with legendary impunity, the island nation for more than a century.

Although the Philippines has struggled to catch up economically with its former colonial master, it now enjoys the distinction of having a relatively more sane presidential elections. Yet, the Southeast Asian nation hasn't been immune to Trump-style demagoguery, while the integrity of the upcoming elections can't be taken for granted.

The Philippines is poised for contentious elections, with four candidates, who have largely identical economic policy positions, in a virtual statistical tie. And unlike the American two-party system, which ensures the elected president will have majority support, the Philippines, with a single-round first-past-the-post system, may very well end up with a flailing, minority president, who will have limited political mandate to introduce desperately needed reforms in the impoverished country.

The Philippines is "Sick man of Asia" no more, thanks to rapid economic growth and laudable reformist initiatives in recent years, but the country is far from a robust and well-functioning democracy. In the Philippines' fiesta democracy, there will be a lot of celebrities running for office, some scandalous dancing, sumptuous feasts, and vivacious entertainment during the campaign period. It will certainly be fun to watch.

But the country desperately needs an effective and popular leader to become a truly breakout nation. The world is wondering if the new-found prosperity of the last few years is a sui generis or, alternatively, the beginning of a new chapter for the country. The elections' outcome could answer this question.

With less than two months before the elections, the presidential race in the Philippines is as tight as you can get. According to

Dissenting magistrates, some of them among the most respected jurists in the country, were quick to issue their arguments on why Poe should have been disqualified. But majority of the justices effectively left the decision to the Filipino people, many of whom see her as the best candidate to lead the country.

Her prior decision to drop her Filipino citizenship in favor of an American one hasn't sat well with a lot of people, though. In an eloquent essay, "Shattered Loyalty", longtime legislator Edcel C. Lagman argued, "Loyalty must never be trivialized. It must endure the most compelling vicissitudes." Referring to Poe's prior decision to forfeit her Filipino citizenship, just to reacquire it few years after, he lamented "once loyalty is forfeited for reasons not insuperable, its retrieval is peripheral, its restoration incomplete."

Others have raised concerns over her lack of relevant executive experience, which puts into question whether she can effectively manage the vicissitudes and complexities of governing a nation of 100 million souls. Her three competitors, Binay, Duterte and Roxas, can boast about many years of executive experience with, arguably, some success.

But Poe, by most indicators, is a truly median voters' choice, having the ability to reach out to all sections of the Filipino society. Thanks to her father, the late movie star Fernando Poe, she has a massive following among the urban poor and rural population.

Her reformist credentials and educational background, meanwhile, resonates with the more wealthy and educated sections of the society. A former foundling, who was adopted by a prominent family, Poe is still considered by most experts as a favorite to become the next Filipino president.

In an event of Poe disqualification, Vice President Binay (32%) was expected to be the biggest gainer, followed by Roxas (29%) and Duterte (26%). This would have allowed Binay to pull away from other candidates and build momentum ahead of the elections. With Poe staying in the race, it's anyone's race now. Much will now depend on messaging discipline, machinery, and ground war.

Poe has a good chance of pulling away if she can present herself as a phoenix that was vindicated by a Supreme Court decision, which overturned various disqualification cases filed against her. Her bid for office hasn't been short of drama. Upon hearing the favorable outcome of the high court's decision, her lawyer, George Garcia, exclaimed: "This is a miraculous day! Grace Poe is truly a woman of destiny."

Now that it's clear that she is to remain in the race, other candidates have begun going on the offensive, with Duterte accusing her of doing the bidding of her (allegedly) major campaign financer. Davao city's firebrand mayor, who has aggressively advocated a strongman-style of leadership in the country, has also emerged as a median voters' preference, building up support among all socio-economic classes and regions.

He is the top preference of men and residents of (an anti-incumbent) Metro Manila, who have had to struggle with creaking public transportation infrastructure, traffic congestion, and disorder. Astonishingly, he has promised to bust crime and corruption and resolve much of the country's major law and order problems in 3-6 months, if elected into office.

And his message of decisive leadership, albeit not without controversy, seems to be resonating with a growing number of people. Meanwhile, Ferdinand Marcos Jr., the son of the late dictator, is also in a strong position to win the vice-presidency, paving the way for the return of Marcoses to the Malacanang.

Both Grace and Duterte are "hybrid" candidates, combining elements of reformism and populism.The two establishment candidates, Binay and Roxas, have struggled to stem the momentum of Grace, a neophyte senator, and Duterte, a provincial mayor, reflecting a deep yearning for change among the electorate.

Binay, who was in charge of the booming financial hub of Makati for past decades, has been hounded by corruption allegations, while Roxas has been accused of incompetence and indecisiveness in his recent stints in government.

Yet, one can't deny the strengths of the so-called establishment candidates. For instance, Binay continues to do well among the urban and rural poor, continuously boasting about how he will nationalize his welfare programs back in Makati. Meanwhile, Roxas is extremely strong in his bailiwick of Visayas, while his squeaky-clean image, extensive experience in executive positions, and reformist credentials has resonance among those who have reservations with Poe.

Crucially, both Binay and Roxas have been able to establish a massive campaign machinery over the years. The race is tight and interesting. But a major risk is that the next president will win with a slim margin, and end up as an uber-minority president. The last time the Philippines faced a similar situation was back in 1992, when Fidel Ramos managed to win a tightly contested race.

Ramos, however, was an exceptional leader, among the most respected in Asia, with decades of executive experience and an impressive mind. He was also charismatic, featuring among the heroes of the 1986 EDSA Revolution. Of course, the endorsement by President Corry Aquino also went a long way in turning Ramos into a national unifier.

But a cursory look at the current roster of candidates reveals major perceived concerns with any of the top four candidates, whether it is a concern over inexperience or indecisiveness or corruption or human rights record. And it doesn't help that many people continue to hold suspicions vis-à-vis the integrity of the COMELEC and the automated elections system that was introduced in 2010. There are already concerns over the possibility of election delay or return to controversial, inefficient manual count.

The best thing the Philippines can hope for now is that any of the top 4 candidates will be able to pull away in coming weeks and win the upcoming elections with a comfortable margin. This will not only mean less risk of post-elections mayhem, which is a distinct possibility, but also the emergence of a popular and unifying leader, who can introduce structural reforms that are essential to making the Philippines a true tiger economy.

The fate of one of Asia's most promising economies, and the only liberal democracy in Southeast Asia, is hanging in the balance.