If you're a longtime "Peanuts" fan, you know that we haven't seen much of Fifi over the years -- until now. The Huffington Post has an exclusive first look at Snoopy's love interest in "The Peanuts Movie," which opens on Nov. 6.

Fifi, who was referred to but never seen in the classic comic strip, first appeared in the 1980 television special "Life is a Circus, Charlie Brown," but now she'll play a prominent role in Snoopy's life as he goes up against the dreaded Red Baron and finds a little romance along the way. If 20th Century Fox's first image is any indication, the pair already look mighty cozy. We look forward to getting to know you better this fall, Fifi. 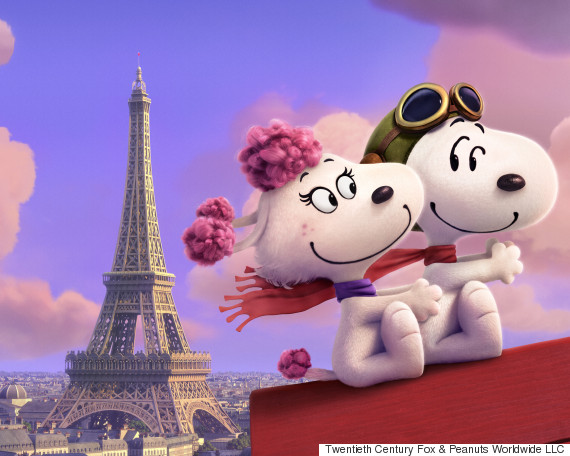 Meet Fifi, The Dog Of Snoopy's Dreams, In 'The Peanuts Movie'
10 Things We Learned From Peanuts
1 / 10
Drink responsibly, even if it's just root beer.