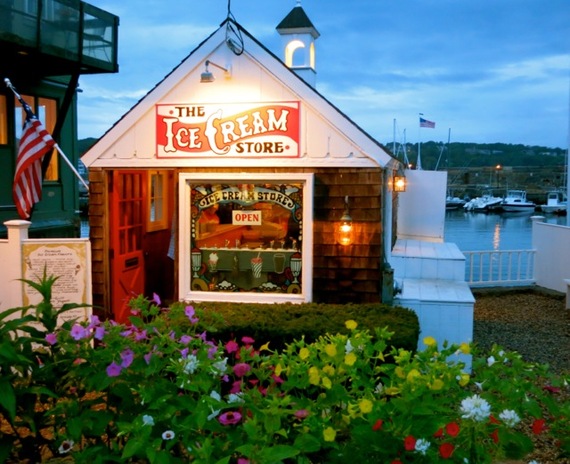 Rockport, MA is a seaport village as imagined by Hollywood. Roads turn into lanes that front a busy lobster-boat filled harbor. Fishing shacks, now art galleries and boutiques, seem precariously placed on waterfront rock walls. Less than an hour North of Boston on the "other Cape" -- Cape Ann -- Rockport seems to be the people's choice for a quick New England getaway. And it has been for generations. 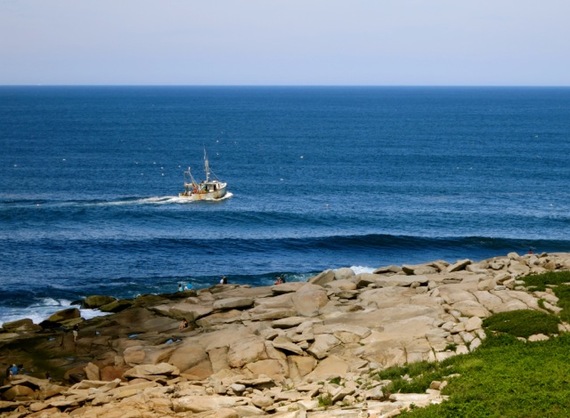 Here are 15 great Rockport, MA traditions. Some have been around for decades, others are just taking off. Choose from the list or start your own.

As always, consult GetawayMavens for more information about Rockport MA and other "Offbeat Escapes in the Northeast." 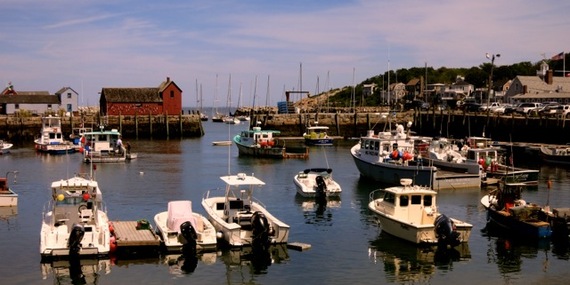 1. Take a picture of or paint Motif # 1. Originally built as a fishing shack in 1884, this red barn studded with buoys at the end of Bradley Wharf is one of the most painted subjects in New England. Dubbed "Motif #1" in 1945 (due to this popularity), the building has been destroyed by blizzards and storms over the years, but always rebuilt as symbol of Rockport. 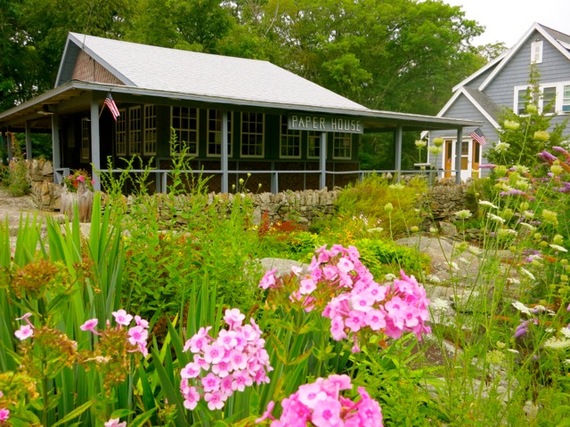 2. See how 100,000 rolled up newspapers created this tiny quirky home, sensibly called The Paper House. In 1922, Swedish immigrant, Elis Stenman, a mechanical engineer and avid reader (three newspapers a day) began to construct "logs" from these newspapers and others that friends would bring to him, creating his vacation home and the furniture within it. The writing desk is composed of newspapers heralding Charles Lindberg's flight, the grandfather clock is fashioned with newspapers from capital cities of the then 48 states, and the bookshelf is made of periodicals from foreign countries. 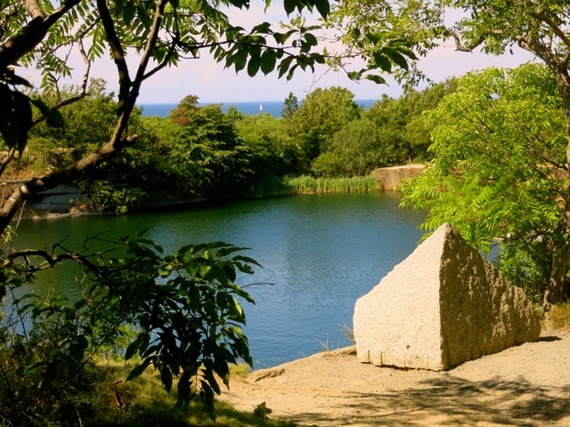 3. Meander around an abandoned, water-filled granite quarry at the scenic Halibut Point State Park. About 2 ½ miles north of town off Granite Street, it is a perfect place to contemplate the rock that made this area famous and enjoy ocean views in the process. Stroll about a mile on a level dirt path around the former Babson Farm Granite Quarry and then out to a point overlooking the ocean and the coast of Maine and New Hampshire.

4. Catch a show at the recently opened and intimate Shalin Liu Performance Center, a music hall with one striking feature: floor to ceiling windows overlooking the ocean in back of the stage. Boomer favorites, Melanie, Rickie Lee Jones, Livingston Taylor and others have or are slated to play (2015) in this gorgeous 330-seat venue. 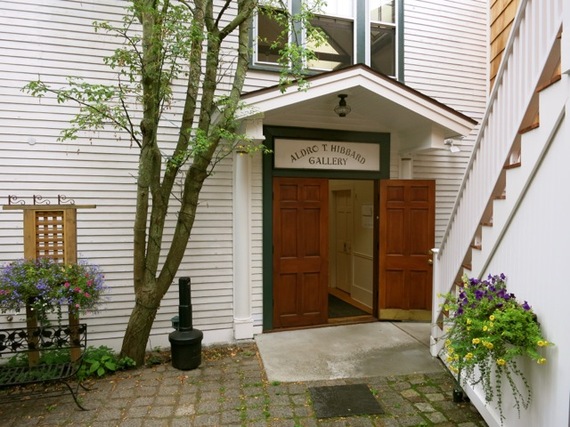 5. See the latest art exhibit at the Rockport Art Association. With three buildings - one a huge barnlike structure in back - it's a lot larger than it first appears and represents the best of Rockport and regional artists.

6. Join the throngs of tourists on Bearskin Neck. Named after a bear that washed up onshore (and, presumably, skinned) in 1700, this stretch of road that thrusts into the harbor was the center of Rockport's shipbuilding industry for 150 years. Now, it's jammed with shops, restaurants and people, especially in the summer. 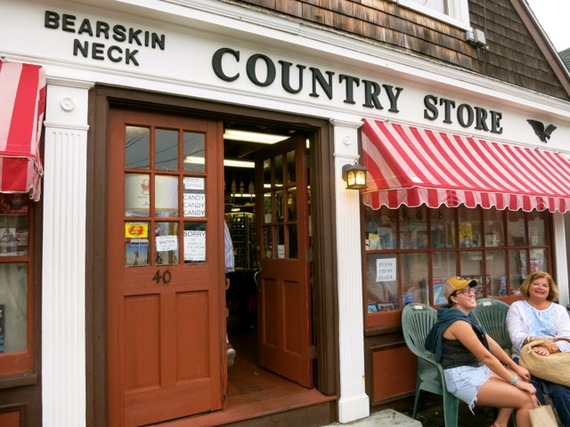 7. Buy Candy Cigarettes and other nostalgic memorabilia, just like your parents did, at the been-here-forever Bearskin Neck Country Store. Likewise, pick up freshly made taffy at Tuck's Candy and a few napkin rings at The Pewter Store. All are multi-generational favorites. 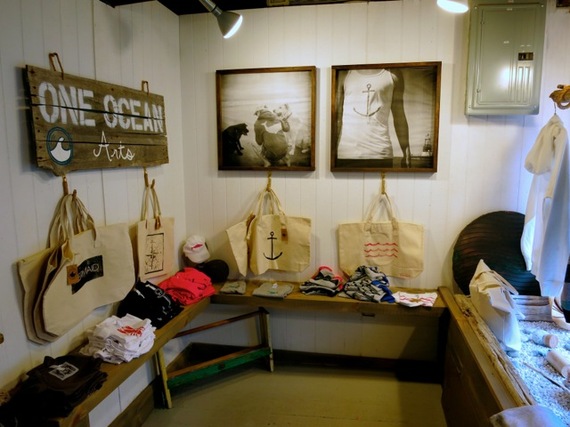 8. Discover new shops, like the edgy jewelry store, Wicked Peacock, the soft as a bunny-t-shirts designer One Ocean Arts, and the locally made crafts shop Saltwater Designs. You won't find same-old-same-old in any of these. 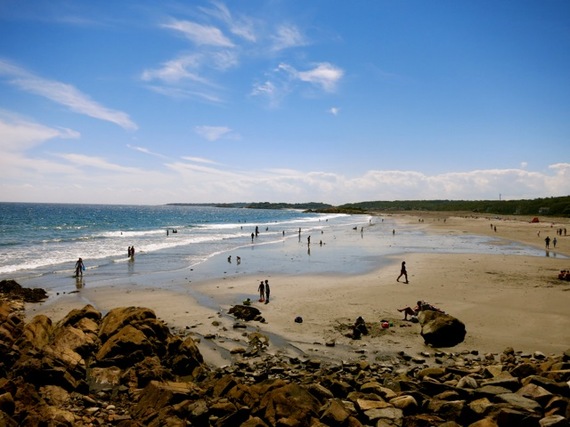 9. Stake your umbrella at one of Rockport's sandy beaches, perfect for sunbathing and swimming. Front Beach - right in town - features an unusual fortress-like tower, Cape Hedge Beach - 2 ½ miles from town towards Gloucester on Eden Rd. is wide and soft, and a bit farther out, on the Gloucester border (turn from South St. at Surfside Subs), Long Beach. 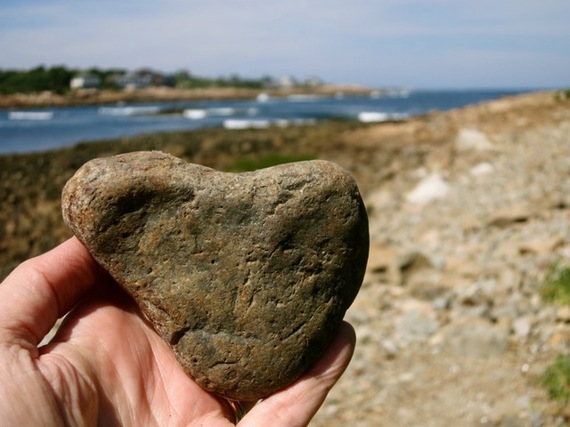 10. Bring your dog and/or hunt for heart-shaped stones at one of Rockport's rocky beaches. Back Beach (right next to Front Beach in town), Old Garden Beach (about a mile walk from town), and Pebble Beach (off Eden Rd.) are favorites, where you'll find happy puppies and plenty of unusually-shaped stones. 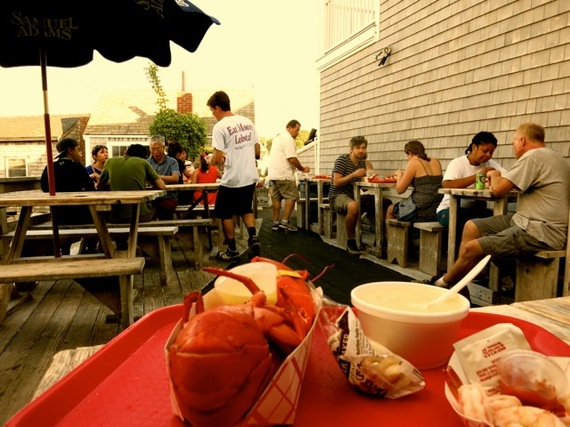 11. Grab a steamed lobster for a relative song at Roy Moore Lobster Co. then break into it out back on a picnic table surrounded by lobster pots. This hole in the wall, often mistaken for a take-out lobster pound, has been here since 1918 (owned by amiable Ken Porter since 1986) - and you can order a caught-that-day steamed lobster for just $13 for 1 ½ lb from a bunch of jovial employees. 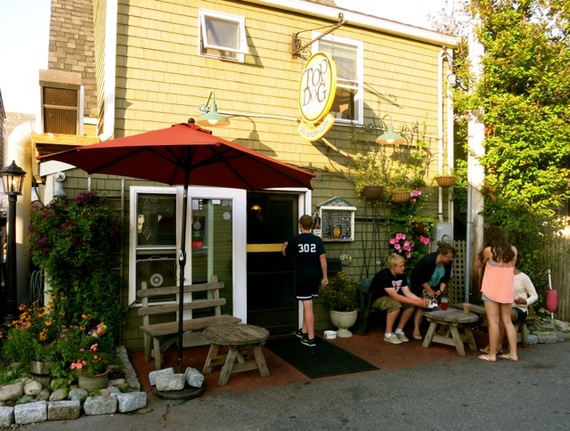 12. Order a gourmet hot dog or award-winning Fried Clams from Top Dog. Another shack, another great meal. This time, gourmet dogs topped with house-made relishes (the Vidalia onion/carrot relish is killer), and Fried Clams voted The Best on The North Shore. The Shaggy Dog (with coleslaw and BBQ Sauce) and the Seeing Eye Dog (with abovementioned relish) are two popular choices, though you can't go wrong with any. 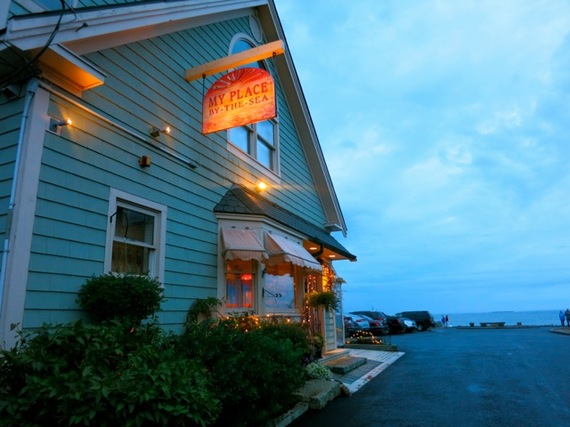 13. Savor a delectable meal gorgeously plated at oceanside My Place By the Sea. At the end of Bearskin Neck right on the ocean, My Place By The Sea is owned and operated by Barbara Stavropoulos (front of house) and Kathy Milbury (chef) and is as far from a typical tourist "fish house" as it gets. With breezy casual French decor, and overlooking sailboats at anchor, you could be on the French Riviera if it weren't for the clever applications of fresh New England lobster meat (steamed, club sandwich, salad), and that singular rocky coastline. 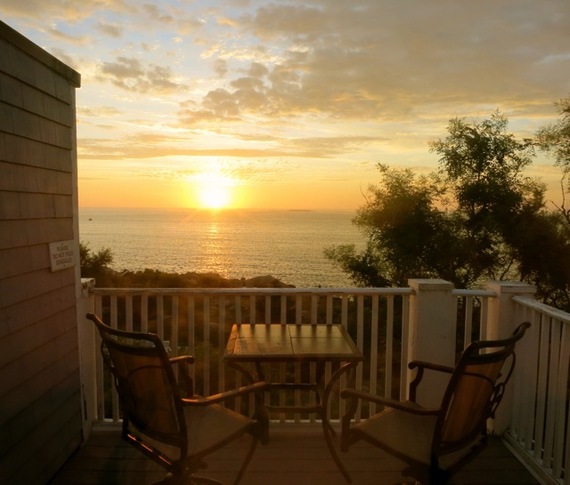 14. Bed down where JFK, John Lennon and Paul Newman stayed while in Rockport at the windswept, oceanfront Yankee Clipper Inn. With elements of Art Deco combined with clipper ship and retro-New England, this 8 room inn (13 rooms in total with the Bullfinch House across the street), perched over a rocky coastline, stands about a mile from town, and is perfect for the traveler who's looking for a friendly, accommodating welcome, large antique-filled rooms, hearty breakfasts included in the room rate, warm and "we can get it for you" staff, and yes, of course, stunning scenery. Most rooms feature ocean views - some with private decks. Be sure to wake up for sunrise. It's astounding.

15. For years, visitors who love staying in the thick of town, have booked the very bare bones but clean Bear Skin Motor Court - right at the end of Bear Skin Neck. The place is nothing to look at - until you step onto the back balcony with waterfront views. At $200 during high season, it's great for bargain hunters.