In the summer of 1965, India and Pakistan returned to the battlefields of Kashmir in a renewed attempt to establish their respective claims over the disputed, fertile region. On August 5th, more than 25,000 Pakistani soldiers, disguised as Kashmiris, infiltrated the area, mingling with their Muslim coreligionists and encouraging insurgency. Indian forces responded violently, launching Kashmir into a bloody, but ultimately indecisive, summer of invasions, tanks and aerial bombardment. The United States and Soviet Union eventually facilitated a ceasefire which restored pre-war boundaries, and the conflict ended on September 22. To this day, Kashmir remains a disputed territory, and its populace continues to pursue a uniquely Kashmiri identity, independent from Indian or Pakistani influences. Howard B. Schaffer, who served as a political and economic officer in New Delhi, relates his impressions of Kashmir, the tragedy of the war, and the ramifications for U.S.-India relations. 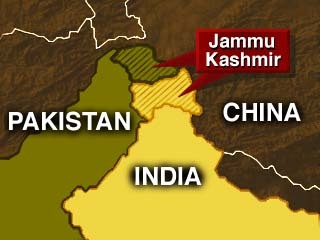 SCHAFFER: My first official trip to Kashmir was very important because it was an ice-breaker in terms of the embassy's coverage of the politics of the disputed state. In December 1963, a relic--a hair of the Prophet--was stolen from a shrine near Srinagar, the capital of the state. Initially, the police were unable to come up with any clues that would lead to the perpetrators. Widespread rioting followed, carried out by people who thought that both the theft and the lack of police action had political motivations. The Kashmir government, like all Kashmir regimes in those days (and these), was deeply dependent on the central Indian government for support. Its collapse in the face of the demonstrations gave rise to a very serious political and security crisis in the state.

It was a bad and dangerous predicament for the Indians. The Kashmir people used this theft as an opportunity to protest the way they had been treated politically over the years since the state acceded to India in 1947. The state government was very heavy- handed and corrupt. The government was run by a political party, the National Conference, which was aligned with the Congress Party. Ambassador Chester Bowles felt that it was important for someone from the embassy to visit Kashmir and observe the scene on the spot.

Up to that time, no embassy officer had ever proceeded on what was an avowedly political visit to Kashmir, primarily because of the opposition of the central government. It was feared that since many Kashmiris were opposed to Indian rule, an embassy observer might come away with the "wrong" perception of the situation, particularly if he met with dissident political figures. We also regarded Kashmir as a disputed area. This too kept our approach very careful and low key.

Embassy staff had visited on holidays and some of the political officers had taken the opportunity to observe. The central government had some reservations about Bowles's idea, but it finally concurred. His position was that it was better for the Indians themselves if the embassy and Washington had first-hand analysis, particularly by an embassy officer who spoke the language, than to have to rely on tendentious accounts in the press.

To tell the truth, I was quite nervous. Ambassador Bowles personally counseled me before I left. He didn't provide any detailed guidance. He left that to what he considered my good sense. But he did warn me to be careful. During my visit, I was able to talk to everyone of importance in Kashmir political life. The embassy had not [sent advance notice] because we just hadn't had the time. Much to my pleasure, everyone was willing to see me, both those in the government and those who opposed it. 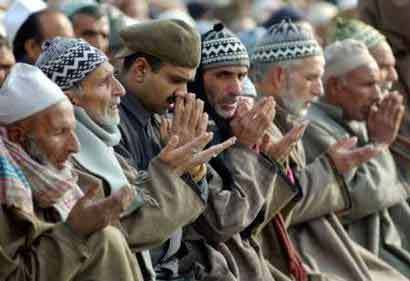 There was no question that while I was in Kashmir I was under close surveillance by the Indian intelligence services. I didn't allow that to bother me. Indeed, during one of my visits to Kashmir the bearers (servants) at the hotel would point out the security officers assigned to watch me. As far as I know, the government never took any action against any of my interlocutors other than Kathwari. I talked to anyone worth talking to-at least, those who were not in jail or otherwise detained. For example, I did not get to talk to Sheikh Abdullah, the famous "Lion of Kashmir" who had been deposed in 1953 and remained in jail in India proper.

I came away from my first and subsequent visits with a good deal of sympathy for the Kashmiris. The Muslim majority in the Valley of Kashmir feel a great sense of alienation from India. Most of them do not consider themselves Indians and refer to themselves as Kashmiris--not Indians. In their view, they have not benefited from their connection with India. When they go south to look for work, they feel discriminated against--both as Kashmiris and as Muslims. Within Kashmir itself, even though they hold the reins of political power, many of the civil service positions are--or were before their flight from the state in the early 1990s-- occupied by the minority Hindu community. The Indians were viewed as the power behind an authoritarian, corrupt regime that remained in power only because it did Delhi's bidding.

Despite the persistent Indian claim about pouring many resources into Kashmir, there was a widespread sentiment--which persists to this day--that much of the money was going into the deep pockets of Delhi's favorites, leaving precious little to the masses who needed the assistance. Major land reform had been implemented in the late 1940s and early 1950s. Therefore by the 1960s, land distribution was much more equitable than was the case elsewhere in India. That was very important in Kashmir because it is essentially an agricultural area.

Despite the complaints, there were merchants in papier maché, carpets and the owners of house boats who were doing well. Nonetheless, these businessmen felt they were discriminated against by India. The government viewed Kashmir as the end of the line, geographically, where it did not make economic sense to invest in production facilities. There were no rail lines from India proper either to Jammu in the south or the Valley in the north.

These geographic barriers almost forced the Kashmiris to develop their own culture--the Kashmiriyat. I concluded in my report that the Kashmiris would support independence if there were strong enough leadership which could articulate the people's desires. Many mentioned to me that they could foresee themselves as the "Switzerland of Asia" with friendly ties with both India and Pakistan. The international community, they said, would be quite prepared to spend large amounts of money for the development of such an independent state so relieved would it be to have been rid finally of the Kashmir problem....

In 1965, the second India-Pakistan war broke out. The Pakistanis had triggered the war in order to win control of the Valley. The 1965 war made it clear, as the Indians stated, that Pakistan could not be allowed to win at the negotiation table what it could not win on the battlefield.

A few days before hostilities broke out, it was relatively clear that a chain of events had been set in motion and that there was little chance of avoiding a collision. But before that, I was surprised that tension had risen so high. The first episode took place on August 5th, when Pakistani infiltrators entered the Indian-held portions of Kashmir.

When hostilities broke out, I was put in charge of organizing teams which were sent to the border areas to alert Americans living there about the situation and to encourage them to evacuate southward. We were prepared to house them temporarily in New Delhi while the conflict was taking place in Kashmir and the Punjab. We had had a warden system--that is, a system which used one American to keep track of several of his compatriots in a pyramid structure--but it had grown rather rusty. Bowles was not interested in activating the system, lest we be accused of expecting war. He, in fact, forbade us to update the wardens' list. So we did not in mid-1965 have as good a list as we should have had, Thus we were painfully aware that we did not have a good enough handle on where American citizens were living in India. Nevertheless, we sent these teams out.

I arrived at the border town of Amritsar the day after the Indians crossed into West Pakistan. I must have been one of the last foreigners to get through. Soon after I arrived, there was a Pakistani air raid. I went further north along the border, urging Americans to evacuate. I had sent embassy officers to other areas to do the same. The area I covered was only a few minutes from Pakistan by air.

I got to one town which was the home to a number of missionaries. It turned out that they had been in China a few years earlier and had been forced to leave when the Communists took over. They told me that they appreciated my efforts to ensure their safety, but they had been booted out of China already and were not prepared to leave their flock behind a second time.

I think that the 1961-1967 period was important in India. It witnessed both the high-water mark for U.S. involvement in South Asia as well as a quite sudden cooling off of our interest to the point that our major concern in India became economic development and famine relief.

By the time I left, the possibility of India playing a useful political role in the sub-continent which might have assisted the U.S. in achieving its global goals was relegated to the dustbin.