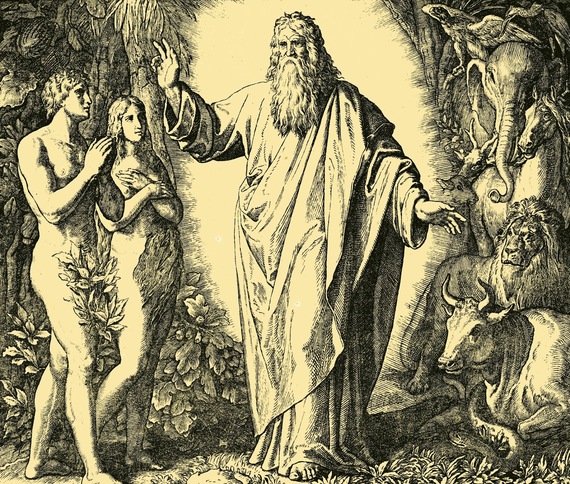 Although some may confine their interpretation of Fifty Shades of Grey, the E.L. James novel and recent film, to the sexual realm, the story highlights the dynamic of domination and submission that pervades all our lives. The question of who wields power and who submits elucidates aspects of our personal relationships, world cultures, conflicts and wars.

According to the Bible, our story begins in Paradise with Adam and Eve. Their "heavenly status" required submission to God's dominance. As long as they obeyed, they enjoyed His domain. Ultimately, of course, they rebelled, ate the apple and lost some of the perks of that privileged relationship.

Metaphorically speaking, the experience of Adam and Eve isn't unusual. Many people submit to domination in minor and/or major ways in order to reap the benefits, when they don't follow the protocol, they risk a drop in status.

Fifty Shades of Grey focuses on the relationship between Christian Grey, a handsome, young billionaire, and Anastasia, an innocent college student. Anastasia enjoys the privileges and excitement as well as frustrations in her relationship to Christian Grey.

"I don't do the girlfriend thing," Grey says, exposing his peculiarity soon after they meet. His honesty enhances his appeal and arouses our curiosity. He explains the origins of his behavior; he was physically and sexually abused in childhood and adolescence.

Grey and Anna are locked in a battle to have their personal needs met. These clash, in essence, creating a clash of personal civilizations. Each wants sympathy and understanding. Anastasia desires closeness and intimacy. Grey needs to feel safe which he equates with (sexual) domination. Each attempts to change/manipulate the other to get more of what they want and need and less of what repels them.

As Anastasia experiences the tug of war between attraction and repulsion, she pushes toward resolution by inviting Grey to show her the ultimate "game." Repelled by his brutality, she ends the relationship.

To turn to the real world, it is not uncommon to find households in which one parent dominates another. The power play in turn impacts the children.

Ms. R., for example, was troubled by her mother's submission to her husband's mind control, nor did her mother stand up to him when he psychologically abused Ms. R. Instead, she accepted domination in exchange for the perks of married life and peace with the man she loved.

Themes of power and control originate in our early lives and determine a great deal about the kind of person we become. For example, a 15-month-old baby threatens to throw his bottle on the floor. "Oh no!" his mother says, laughing, trying to convince him to desist. He shifts the bottle out of her reach to the other side of the highchair. Threatening to drop it again, he experiences the thrill of power he wields over his mom.

The "good enough" parent or caretaker plays along and enjoys this innocent game which in turn, grants the child a sense of play and power. On the other hand, if the adult doesn't grasp the nature of play, the child's behavior may be viewed as a defiance of (parental) authority. In an extreme situation, the grownup may punish, even striking the youngster who may later come to equate the need to be violent with survival and safety.

"Franco was short, with small, girlish hands and a high-pitched voice... The school disciplined with physical punishment. ...He was bullied as well. He learned to hold a grudge. ...His school experiences compounded a childhood under an abusive father who beat his children while his unresisting wife ...stood by. Both home and school experiences preconditioned the boy for the violent socialization required of military men."

As an adult, Franco staged a coup in Spain in 1936 that started the Spanish Civil War and led to World War II. Longing to rule the world, Franco tried to join the German forces. But Hitler's refusal to give him a portion of France proved a stroke of good luck that kept him out of WWII, and allowed him to rule Spain as dictator from 1939 until his death in 1975.

Conclusion: Feelings of power and impotence originate in childhood. The manifestations of this pervasive theme run the gamut from benign games to world wars.