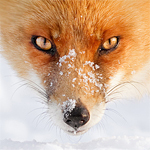 Snow, in my country, is some kind of...curiosity.
It might snow a few days a winter, but years can go by completely snow-less as well.

People speculate, anticipate and place bets; "Would it, will it..?"
A sled, a pair of skates and some thick mittens are purchased.
Just in case.
The entire country starts to tingle excitedly, waiting for what might or might not come.

Then, the weather forecasts finally speak out the magic words and a wave of subdued excitement goes through the country. "They say it's gonna snow, did you hear it...?!"

Watching the seemingly inexhaustible stream of downwards whirling snowflakes, has a soothing, almost hypnotizing effect on me.
If you watch long enough, you could easily imagine being absorbed into the Endless Snowflake Universe.

The whiteness makes the ugliness vanish; streets are expertly covered and all objects are wrapped into countless round packages, looking like huge white toys.

Within a few hours, nothing is left from the world as we know it, flakes are slowly taking over and resistance is futile.
Even sounds are being swallowed by this Great White.
All that's left is that enchanting silence, like everything has always been good and always will be.
My modern, urban and slightly overcrowded world has miraculously been transformed into a picture from a Charles Dickens book.
The scene is flawless but still, something seems to be missing.
Some magic, some sparkle, something.

Should not every fairytale have its own fairytale figure?
A truly fascinating character, preferably both smart and funny.
Adventurous, cunning, charming and a bit naughty.
And handsome as can be, of course.

But what being could possibly polish up this perfect, yet slightly boring scene with a blob of colour...?
So here I am, me and my camera and so much whiteness that it makes me almost lose my sense of time and space.
Left, right, up, down, everything is just white.

And then...while the whole world is being absorbed in blankness and the sound of my
shutter is muffled by the steadily falling snow, a red fox suddenly appears on stage.
She embellishes my white canvas just so perfectly.
Never had I been happier with a little touch of red in my colour palette...
I realize my fairytale has just begun. 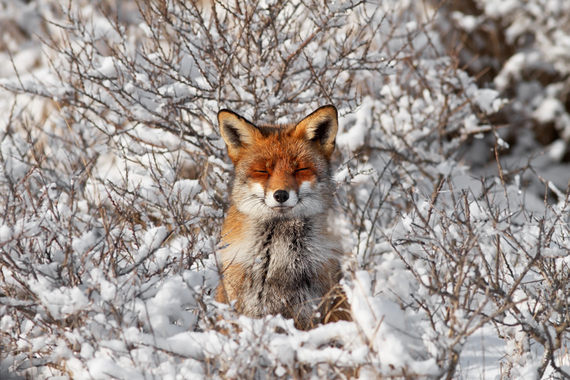 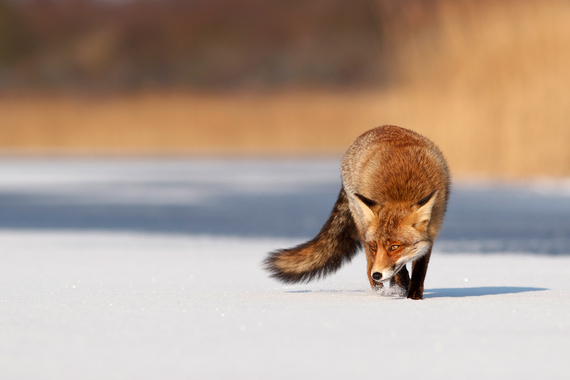 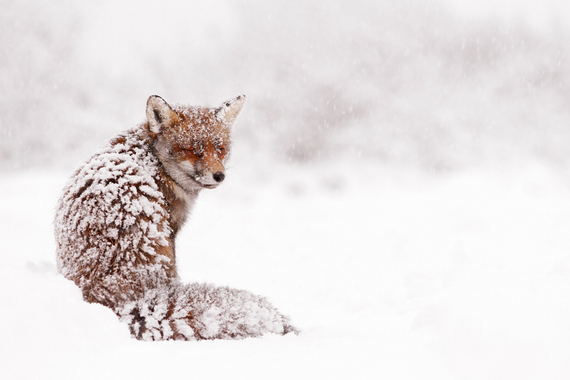 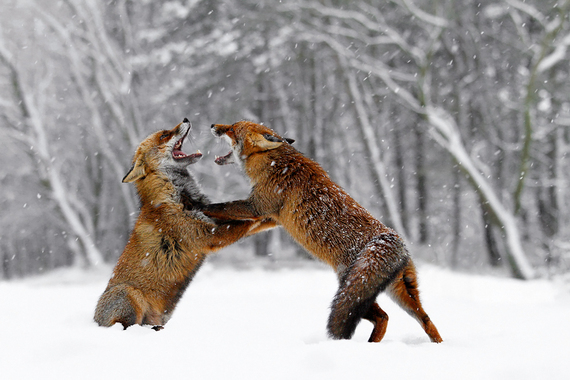 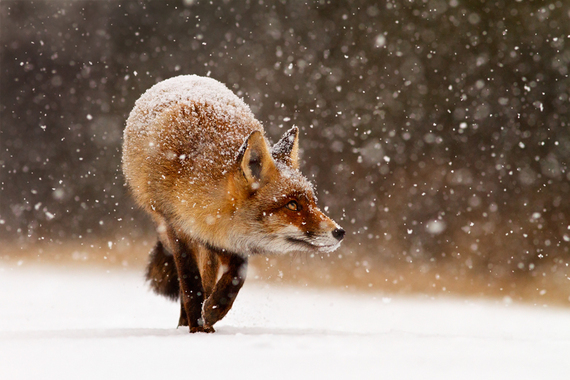