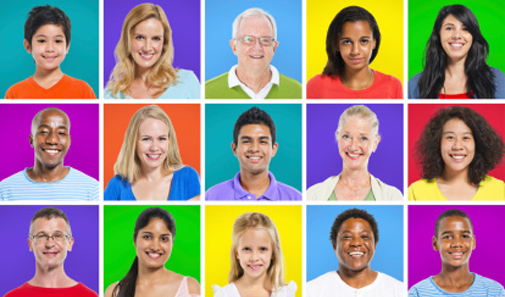 Some years ago, while I was an undergrad in South Dakota, I had the privilege of being part of a group of people who were becoming a traditional akichita (warrior) society called Ocheti Okolakichiye, the "Fellowship of Fires." The experience taught me how important it is not just to fight for religious freedom and to end discrimination, but, through service, helped remind me who and what it is we're fighting for.

Ocheti was formed in 1998 in the wake of Native American students at the University of South Dakota uniting with our community to change a discriminatory policy that targeted indigenous students and prohibited our religious freedom. So many of us, myself included, had been harassed and prohibited from burning a small amount of sage or sweetgrass while we prayed, a common spiritual practice called "smudging."

On February 26th, 1998, students, faculty and staff met with our administrators at the university about the policy. Many people shared their experiences with being frisked, their rooms searched, their sacred things being taken from them.

Following some discussion, representatives from the university administration made an unprecedented move: they apologized for the discrimination we experienced, and pledged to change the policy in what would become record time. For so many of us who have experienced discrimination from society with its Native American slurs and stereotypes, for so many who've had their religious freedom attacked, it's an important reminder that change is possible.

After the meeting, a small group of us, myself along with five other Native students and one Native faculty member, went to the 25th anniversary of the occupation of Wounded Knee. Among other things, it was a commemoration of people fighting against discrimination and for indigenous rights. During an educational symposium that weekend, we shared our experiences as people who had been discriminated against, and how we had been a small part of that damaging policy being changed.

Our presentation was well received by a large audience, many of whom shook our hands when we came off stage. We were soon interviewed by a reporter, and on our return back to our college we began thinking about what we could do next.

We eventually looked into forming an akichita society, and spoke with one of our elders for direction. Our elder saw us as a diverse group with many fires burning: fires of education, culture, sobriety, and wellness. And largely on that basis, he wrote a Lakota song for us. He also gave us a name, Ocheti Okolakichiye, the Fellowship of Fires.

Over the coming weeks and months, our group became very active. I wrote poems about our experiences, others wrote a song that was played on the radio, we were all interviewed, and we were invited to give talks at our college. We discussed doing more talks to combat discrimination, talking on the radio, and creating a Lakota language immersion camp out by our community's inipi (sweat lodge) grounds.

Then, one day, I went to speak with another of our elders. He told me, "Y'know, what you guys are doing is good and a lot of people need help. Being part of a Lakota society, being part of a warrior's society, isn't just about getting noticed and going around talking about things. It's about helping the people. Y'know, it'd be great if you guys could help out at the inipi grounds, helping to chop wood and haul water. Us old people, it's not so easy for us to do those things anymore. You guys are young and strong, got good backs. And you don't even need to be asked to do those things. You guys can just do them. No one needs to say anything."

It hit me how right he was, how the first job of being a warrior, an akichita, is to help the people. It also reminded me of something Dennis Banks said some months earlier at Wounded Knee -- that we need people in the schools, helping with the day to day stuff, not just out there on the front lines.

What they said got me to thinking about how I used to help out more at the inipi grounds with things like setting up the fire and carrying in the grandfathers, the sacred heated stones. It hit me how in our efforts to help combat racism and spiritual discrimination that it had been a while since I'd done any of those day to day things our community needed, too. We had gotten so focused on the big picture things that we were overlooking the smaller, day to day things -- things which turned out weren't so small after all.

Following the talk, our group began to connect with the deeper meaning of being an akichita. We started helping out more at the inipi grounds. We chopped wood and helped provide security for our community wachipi (pow wow). It helped to ground us as people, in our culture, and helped to immerse more us in our community. Before long, there was talk about an eagle staff coming to our group -- a great honor and responsibility.

The nature of fire is to spread, and though our group eventually went in different directions, a piece of that fire still burns inside me today. Connecting with the deeper meaning of being an akichita helped show me how invaluable it is to not just fight for the big things like equality, rights, and inclusion, which are very much needed. It also taught me the value of helping our communities with the day to day things, too.

The day to day things, I came to learn, can take many forms. It can be something simple like chopping wood and providing security, but it can also mean many other things, like helping our elders, volunteering in our communities, being mentors, and so much more. By helping our communities, we connect with the people and reinvest in our future. In so doing, we're reminded of that most crucial of lessons: who and what it is we're fighting for.

DaShanne Stokes is an author, speaker, and social commentator known for his work advancing civil rights and social justice. He recently completed a memoir about his experiences. An earlier version of this article appeared on DaShanne Stokes' blog.