Author's Note: The JIDF requested that I correct a couple of errors: First, that they do not boast of receiving 100,000 hits per month, and second, that they are also dedicated to what they call "Islamic terrorism and jihadist content." Their further comments are contained within the comment section of this post.

The JIDF, or Jewish Internet Defense Force, started as a collective of activists dedicated to the noble cause of combating antisemitic speech online. The group stood up against sites such as Facebook and Wikipedia in attempts to get them to remove hateful speech, and in mid-2009 achieved success in lobbying Facebook to remove its most vitriolic Holocaust denial groups.

But what was once a collective seems to have turned into a one-man show rife with hate speech and Islamophobia. Despite terms of service on the JIDF's site that claim that their content is "not intended to malign any religion, ethnic group, club, organization, company or individual," a recent posts blatantly equatedIslam--the Qur'an even--with terrorism: 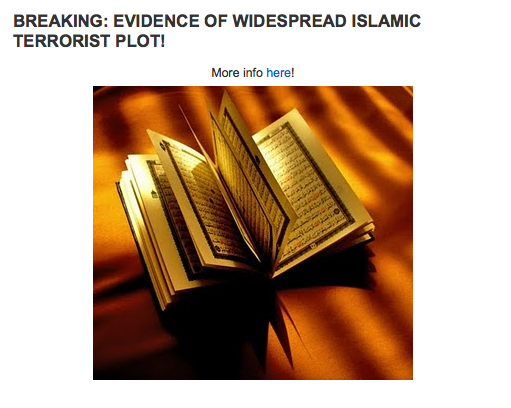 In recent days, the JIDF's Twitter account, run by a sole activist who uses the nom de plume "David Appletree," has tweeted numerous other hate-filled statements, including the following claim that all Muslims are terrorists:

More alarming than the fact that one person could be filled with so much hate is the fact that this one person, who claims to represent an organization, has over 50,000 followers on Twitter and boasts site hits of over 100,000 per month.

I believe that the JIDF as an organization has some very valid concerns about the ways in which social media sites apply their terms of service (and perhaps about their terms of service in general), however, the answer to fighting hate speech is not more hate speech. The activists who truly believe in these ideals would be better to leave their hateful leader behind.