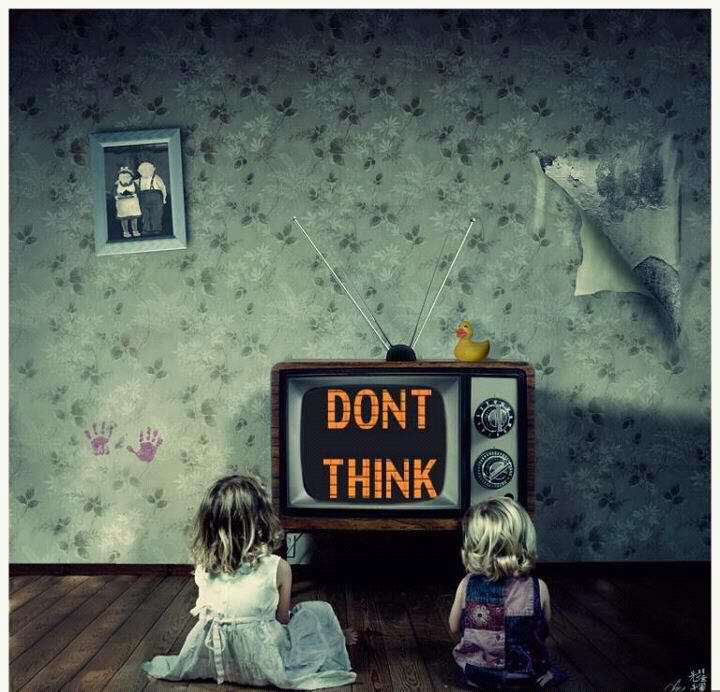 There are all sorts of TV shows and literature about interventions -- how you convince a loved one that their behavior is damaging not just themselves but everyone around them.

But how do you perform an intervention for an entire society?

Because we're in desperate need of one. We have become addicted to stimulus -- really, to stimuli -- and I don't mean that in the economic sense. (As the Keynesians will tell you, economic stimulus is what we need right now to truly break the cycle of the economic downturn that we've been battling for five years -- the opposite of what the Darwinian free-marketeers are saying.)

No -- I mean that, as a society, we are addicted to electronic stimuli, whether it's popular music, television, movies, the Internet or anything else that distracts us from our lives in general.

It might be the stimulation of multi-tasking, a phrase that has taken on a monstrous power of its own. Or it could be as simple as the constant drone of pop music or the TV in the background no matter where you go in public.

Think about it: When was the last time you walked into a store or an airport or a public arena where the public address system wasn't playing -- let alone blaring -- a radio station or Internet music service or 24-hour cable-TV news channel? You can probably remember it exactly because it was such a shock.

When was the last time you went to see professional baseball or basketball or football or hockey -- or any other professional or semi-professional sport -- where every spare second wasn't filled with music, a commercial or some other form of amusement every time the action itself came to a halt?

Really -- aside from being discouraged by the cost of attending professional sports, I've been more put off by the nonstop barrage of noise that fills each moment. And I'm not referring to the sounds made by an enthusiastic hometown crowd rooting for its team.

Rather, it's that feeling that, in order to keep the audience engaged, there have to be commercials at every non-contest moment, or promotional activities underwritten by a sponsor. No at-bat at a baseball game goes without a player's being greeted by a hip-hop or heavy-metal tune (his "theme"). No free-throw at an NBA game is not linked to some commercial entity. As though the contest itself were not enough: One wonders how they managed to play those games for the better part of a century before T-shirt cannons were invented.