For a full tribute to Smedley Butley, or to create a tribute to someone you care about, click here. 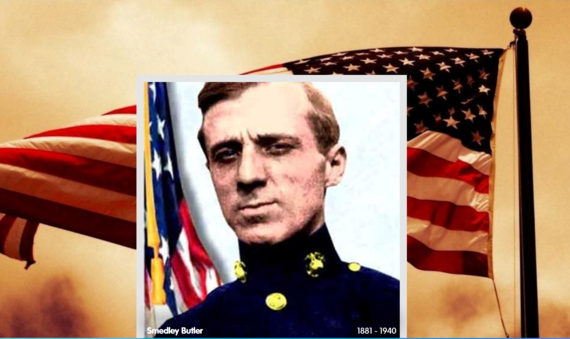 Major General Smedley Darlington Butler, also known as "The Fighting Quaker," was twice awarded the Congressional Medal of Honor, the nation's highest honor. He served his country around the world and was given five medals for bravery under fire.

He was also an unrelenting voice against the business of war.

Raised by prominent Quaker parents, Smedley Butler defied his pacifist lineage by joining the Marines just before his 17th birthday. He served in Honduras, Nicaragua, Mexico and Haiti (earning his Medals of Honor in the latter two places) as well as China and the Philippines. He distinguished himself in World War I, although he was not stationed on the front lines for combat.

Butler was known for his leadership and commitment to the welfare of the men under his command. He rose quickly through the ranks to become one of the youngest major generals at age 48. 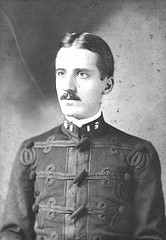 Butler was very vocal against what he saw as a rise in admiration for Fascism and Mussolini. He told an unfavorable story about Mussolini for which he was court-martialed. The story involved Mussolini driving his car over a young girl in the countryside and not even bothering to slow down. Rather than recant and apologize, Butler retired from the military in 1931 even though he was one of the nation's highest ranking generals.

By then, he had also begun questioning US involvement in foreign conflicts. Butler saw the US as being imperialistic, arguing that war was in truth a profitable business for the few at the expense of thousands of lives, and that he himself was a cog in the war machine. 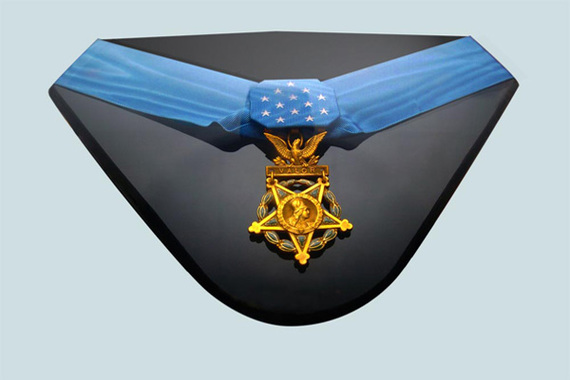 In a booklet titled "War is a Racket," Butler wrote, "In the World War (I), a mere handful garnered the profits of the conflict. At least 21,000 new millionaires and billionaires were made in the United States during the World War ... How many of these war millionaires shouldered a rifle? The general public shoulders the bill. And what is this bill? Newly placed gravestones. Mangled bodies. Shattered minds.

"For a great many years as a soldier, I had a suspicion that war was a racket; not until I retired to civil life did I fully realize it. Now that I see the international war clouds gathering, as they are today, I must face it and speak out."

"War is a Racket" grew out of a series of speeches Butler gave to whatever group wanted to hear his views. Veterans, groups with Communist leanings - it did not matter to him. This often drew criticism, but Butler was steadfast in his beliefs about war, U.S. imperialism, and a growing Pro-Fascist movement. He spoke frankly and honestly about his experiences and opinions, and was very popular with the American public.

"I helped make Mexico, especially Tampico, safe for American oil interests in 1914. I helped make Haiti and Cuba a decent place for the National City Bank boys to collect revenues in. I helped in the raping of half a dozen Central American republics for the benefits of Wall Street. The record of racketeering is long.

"I helped purify Nicaragua for the international banking house of Brown Brothers in 1909-1912. I brought light to the Dominican Republic for American sugar interests in 1916. In China I helped see to it that Standard Oil went its way unmolested.

"During those years,I had, as the boys in the backroom would say, a swell racket. Looking back on it, I feel that I could have given Al Capone a few hints. The best he could do was to operate his racket in three districts. I operated on three continents."

Though never a member of the Communist Party, he did give speeches at Communist Party meetings in the 1930s as well as to the League Against War and Fascism. Asked about the company he was keeping he responded, "They told me I would find a nest of communists here. I told them, 'What the hell of it.'" 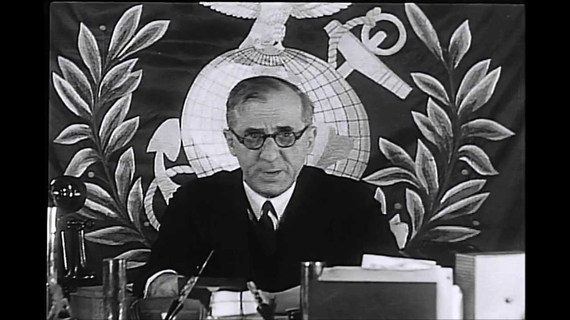 Appearing before Congress in 1934

In 1934, Butler went before the House Un-American Activities Committee (HUAC) to expose a conspiracy against the government. He had been recruited by a group of wealthy Pro-Fascists who had hoped to use him in a coup against President Franklin D. Roosevelt.

He went along with the plot to gather intelligence and took it to Congress. Butler's assertions were not aggressively pursued, and the matter largely dismissed. However, an internal report to Congress from HUAC confirmed the truth of the plot, though no more action was taken.

(For a look at a Civil War doctor who was the first woman to win the Congressional Medal of Honor, click here).

In his 31 years of service in the Marines, Butler fought in the Spanish American War, the Philippine American War, the Boxer Rebellion in China, the Banana Wars in Central America and Mexico, the Mexican Revolution and World War I. Besides his two Medals of Honor, he was awarded the Marine Corps Brevet Medal and the Order of the Black Star.

Smedley Butler died in 1940, but his presence is still very much alive. The Boston, MA chapter of Veterans For Peace is named the Smedley D. Butler Brigade. A free copy of War is a Racket is available at here.

OurPaths is a place to celebrate extraordinary lives. To create one about yourself or someone you admire, click here.