English explorer James Cook sailed by the Viti islands in the 1770s, but he didn't go ashore. He'd been warned to steer clear of the Vitis during a stop on the neighboring island of Tonga on his voyage through the South Pacific. A popular legend has it the Tongan chiefs told Cook something like, "Those guys will eat you for lunch," pointing at their arch-enemies over on Viti -- pronounced "fee-gee" in Tongan.

As the story goes, that's how Cook came up with the name "Fiji" for the archipelago of 333 islands west of Tonga. 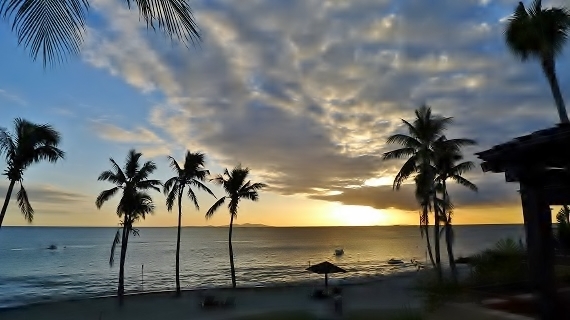 Fiji's sunsets are straight off the travel posters.

Captain Bligh didn't stop there, either. Between the Fijians' rep for chowing down on just about anything that moved and gory tales of their zest for ritual sacrifices, it's not surprising that Bligh's longboat crew kept rowing past the islands after they were booted off the HMS Bounty in 1789. Bligh noted in his logbook: "I dare not land (on Fiji) for fear of the natives."

Such reports helped keep the islands off the bucket lists of all but a handful of the era's gunrunners, whalers, sandalwood traders and escaped convicts from Australia. Likewise, missionaries zeroed in on saving souls elsewhere in the South Seas, such as on New Zealand, New Hebrides (now Vanuatu) and Tonga.

A Big Win for the Missionaries

In the 1830s, stories about the stewpots of Fiji finally brought a tsunami of pastors to the islands from the London Missionary Society, and later on canoe loads of Wesleyan Methodists from Tonga. Progress was slow at first, and a good number of soul-savers themselves ended up saved for Fijian feasts.

The missionaries' big break came in the mid-1800s when the Methodists were able to convert a super-chief named Cakobau, and with him most of western Fiji. Cakobou was later named king of Fiji, but in 1874 was forced to step down and deed the islands to Great Britain. Fiji won its independence in 1970. 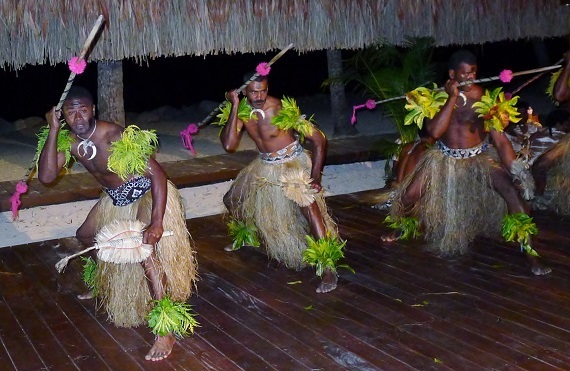 'Warriors' put on a show at a hotel on Viti Levu.

Fast-forward to today, and visitors to the Republic of Fiji are still being menaced by painted up warriors waving spears. Only now, the scary lads are in floor shows at resorts, scattered around the islands and in cultural theme parks staging mock battles between villages.

Guests at the resorts spend lots of time flaked out on the properties' powdery white beaches when they're not wandering around spouting off newly learned Fijian words like bula (boola, meaning hello or welcome) to anyone within earshot. Other popular attractions at the resorts are ceremonies in which guests down bowls of kava (a mild narcotic drink tasting much like mud) against a background of traditional hand-clapping and shouts of -- you guessed it -- bula.

Excursions on boats and small planes take tourists to other islands in the archipelago, many rimmed by subterranean wonderlands of unspoiled reefs. In the diving set, Fiji is known as of "the soft coral capital of the world."

Diving pro Ted Alan Stedman describes the reefs as "...a Darwinian's who's who of soft corals, invertebrates, reef fish and big pelagic species such as manta rays."

If you flew all the way across the Pacific to a bunch of islands you knew mostly from movies like Tom Hanks' Cast Away and The Blue Lagoon, you might be more than a little surprised to find that the dominant language there is English (even above some two dozen Fijian dialects). That's a holdover from the country's colonial days, as is its parliamentary form of government (but mish-mashed with the clout of a council of chiefs from the islands' 14 provinces). 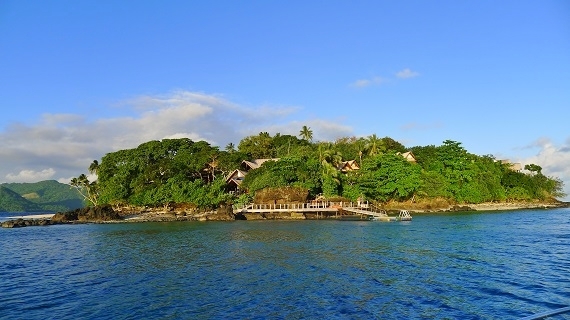 Fiji's out islands are peppered with boutique resorts such as the Royal Davui in Beqa Lagoon.

Chances are you'll find most Fijians are genuinely friendly and honestly pleased that you've taken the time to visit their islands. You'll soon learn that when the local folks stick out their hands to you, it's to shake yours, not for tips.

Drive from one end of Viti Levu to the other -- a ride of four or so hours -- and along the way you'll spot dozens of small villages looking much like they did centuries ago (except for power lines and TV aerials here and there). Drop by a village, and folks will likely invite you into their homes, perhaps for a snack of traditional Fijian rourou (pronounced row row) made of spiced spinach or taro leaves, along with a belt of coconut milk.

Look close along the road and you'll see a smattering of signs in Hindi, a legacy of the late 19th century when English planters imported 60,000 indentured workers from India to do backbreaking labor on the islands' sugarcane plantations.

Historians generally credit the early missionaries and ongoing religious practices -- just try to get a seat in church on Sunday -- for the high values Fijians today put on personal morality. Like retaining traditional village life, helping one another out when times are tough, sharing what little they have with strangers and reverence for their elders.

A Fijian saying puts it this way: "We are each other." 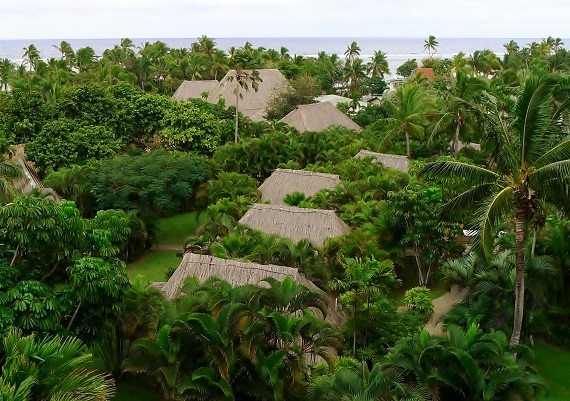 Staying there: Fiji's 100 or so inhabited islands host close to 700,000 annual visitors, most of whom stay in 100-plus tourist-class resorts and inns. A hefty number of the properties feature luxury thatched-roof bure huts popping out of the jungle on Viti Levu and on boutique resorts peppering the out islands.