Not all immigration reform supporters are getting behind this bill.

Rep. Filemon Vela (D-Texas), who represents a South Texas border districting including Brownsville, resigned resigned from the Congressional Hispanic Caucus over its members’ support of the comprehensive immigration reform bill’s multi-billion dollar security measures, known as the “border surge.” The news was first reported Tuesday by the Houston Chronicle.

Vela’s decision came days after he joined fellow Texas Democratic Reps. Pete Gallego and Beto O’Rourke on the floor of the House in criticizing the immigration bill’s emphasis on border security.

“Erecting more border fence drives a wedge between border communities which are historically united,” Vela said. “The current border fence has come to symbolize divisiveness and serves as a daily reminder of a flawed immigration system. For this reason, residents on both sides of the border oppose the border fence.”

The Senate voted 68 to 32 to pass a comprehensive immigration reform bill crafted by a bipartisan group of senators known as the “Gang of 8.”

The first version of the bill poured billions of dollars into border security, but it was not enough to please conservatives and border hawks. Yielding to their demand, the Senate adopted an amendment last week that would double the size of the Border Patrol, mandate an extra 700 miles of border fencing and require more electronic surveillance. The amendment, dubbed the “border surge,” added a whopping $40 billion or so to the bill’s cost, according to the New York Times.

Vela compared the border fence to the Berlin wall, saying: “Historically our country has criticized this construction of barriers of all kinds,” Vela said.

His Texas colleagues questioned the need for more border security, given that crime on the U.S. side of the border is low and illegal crossings have dipped to their lowest point in decades.

'The U.S. side of the U.S.-Mexico border is the safest place to be anywhere in the United States today,” Rep. Beto O’Rourke of El Paso, Texas, said. “By any rationale measure, that is not where the problem exists.”

Instead of more border security, the Congressmen argued, what border states like Texas need is more customs agents to speed crossing times and facilitate commerce.

“Make no mistake. The legislation that’s in the Senate, it’s not what I would have drafted,” Gallego said. “Many jobs in Texas, much of our economy in fact, is inextricably tied to international trade… In a time of tight budgets, I have to say I’m very perplexed as to why Congress would spend so much money on an ineffective project."

PHOTO GALLERY
Why Militarizing The Border Is A Bad Idea 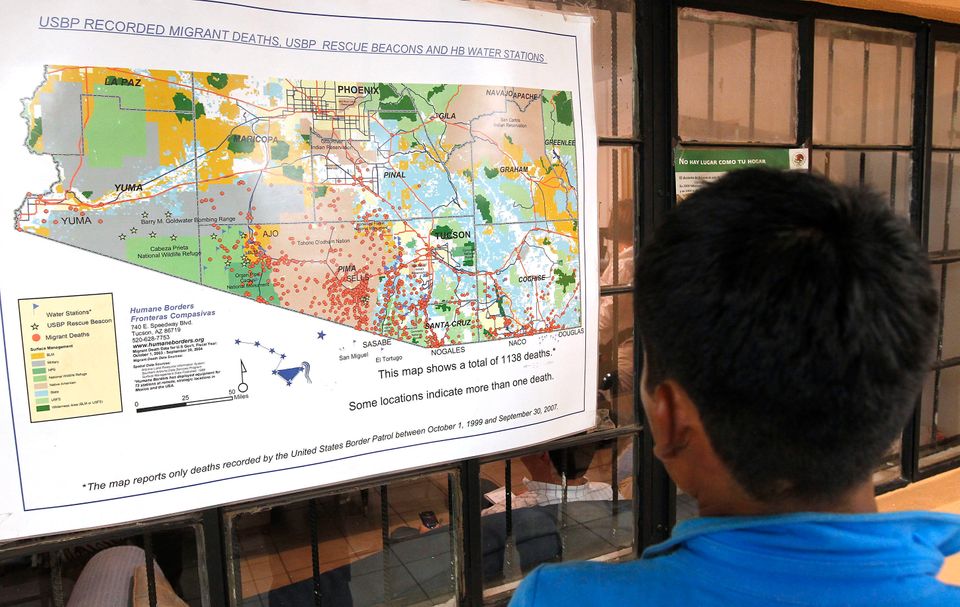