Nothing says "Welcome to the Philippines" better than a group of dancing maximum security prison inmates.

Ahead of Pope Francis' five-day visit to the country, the famed dancing inmates of the Cebu Provincial Detention and Rehabilitation Center (CPDRC) put on a special performance in honor of the Pontiff.

Unlike their lively routines to "This Is It" by Michael Jackson and Psy's "Gangnam Style," the dance dedicated to the Pope was more solemn and serious.

The 2,160 inmates opened their performance moving to a liturgical Catholic song. They then performed (starting at 6:30) the "Pope dance," as locals are calling it, to "We Are All God's Children," which the Philippines chose as the official theme song for the Pope's visit.

The Pope has no plans to stop in Cebu, but the facility's hired choreographer Vince Rosales said the performance was the inmates' way of welcoming him to their country.

"I did not expect that this will happen in my life," inmate Servacio Pillado told local news site Sun Star Cebu in the Tagalog language. "I feel like crying yet I don't understand the feeling when I was dancing."

Cebu Provincial Government wrote on their Facebook page that the "song, the choreography and the dancers themselves touched the hearts of the viewers."

Sun Star Cebu reported that the group also entertained the audience, which was comprised of officials of the Philippine National Police and Cebu City Police, with a friendly three-round boxing match and seven more dance routines.

Dancing was introduced to CPDRC almost ten years ago to encourage a sense of accomplishment and teamwork among the inmates, according to NPR. It started with marching drills, but eventually evolved to fully choreographed dance routines. A series of YouTube videos that went viral turned the inmates into instant Internet sensations.

Below, watch the dancing inmates rock out to "This Is It" by Michael Jackson, with the late icon's actual choreographers. 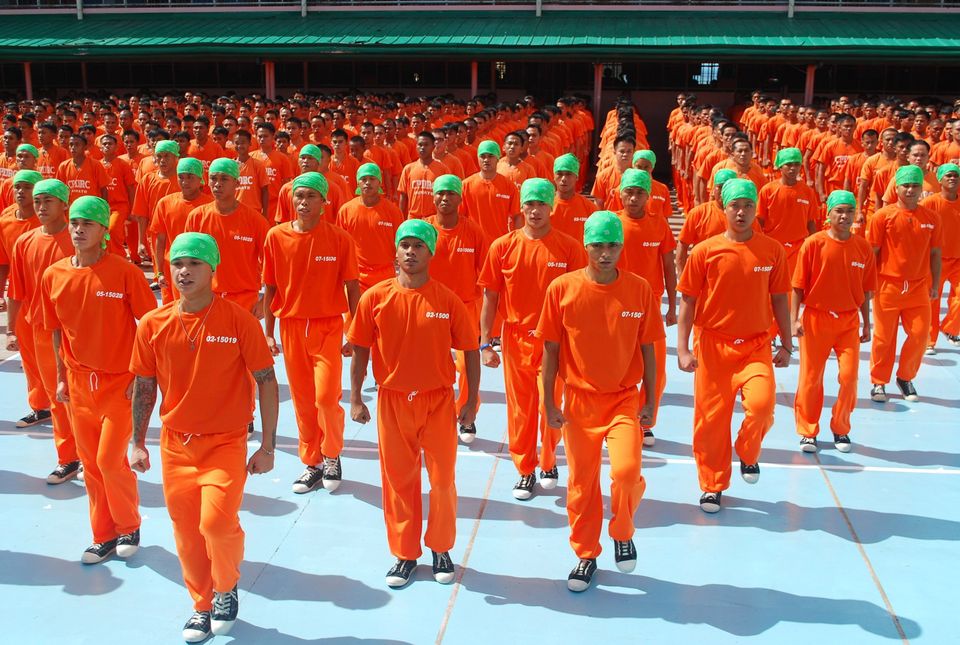 1 / 41
In this photo taken March, 2010 and released by Portfolio Films Wednesday, April 3, 2013, inmates of Cebu Provincial Detention and Rehabilitation Center perform during the taping of the movie "Dance of the Steel Bars" inside the jail compound in Cebu province, central Philippines. The Filipino inmates whose choreographed "Thriller" dance has attracted 52 million YouTube hits since 2007 are getting their own stories told in a movie. (AP Photo/Portfolio Films) NO SALES
AP