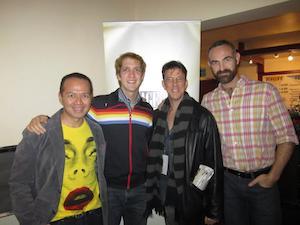 Hanging out with Michael Gamilla, Pat Dwyer, and Aaron Tone at the Rochester Film Festival

I was at a San Francisco Film Society party last night speaking to someone who had just had to do a festival distribution for a friend's short film. "It's hard!" they said, and I found myself commiserating. Putting a film out there through the festival circuit is labyrinthine, and way more work than it really has any right to be. I've done it twice, putting Shabbat Dinner (2012) to 55+ festivals and Lily in the Grinder (2014) through nine so far, and as I was speaking to this new friend I realized that I have a ton of information to convey that will be helpful to people going through this process for the first time.

Have tips to add? Do it in the comments!

Before we begin, two notes: first, the best festival plan for you might be to distribute it on YouTube for free. It's hard to argue with this as a way to get your film out there: Shabbat Dinner was seen by about 5,000 people in all 55 film festivals, and then hit 100,000 in just a few months of a YouTube release. Some fests will accept your film, some won't. The upside of a festival run is that you get to GO TO FESTIVALS, which is where I've met most of the great filmmakers I know now. Second, be sure to budget a good amount of money for this, between $400-1400 depending on how you do it. It's really, cripplingly expensive (see the first note.)

So here's a step-by-step process of things you should do for your film. This should apply to features as well as shorts. Please share yours in the comments and I will update the list!

Through this process it's very easy to get sidelined and pulled away from working on your next film -- if you're looking for distraction from thinking about the next thing, the festival submission process is about as good a distraction as anyone could invent, which is a good reason to do all the work up-front as I suggest here. I've had a few interns help out with the process over the years, which has been invaluable.

And have fun at the film festivals! They are a great opportunity to meet people and build an audience for your work. It's a huge world out there, and some small segment of it really, really wants to watch your movie! 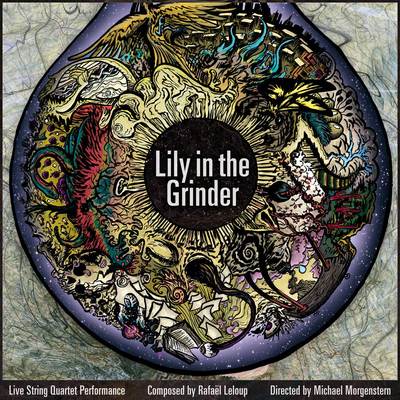 Album art for Lily in the Grinder