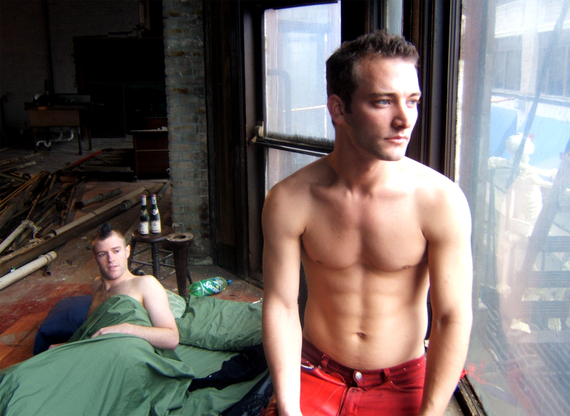 Those books unlocked a door for me at that time, a door that led to a fearless sense of discovery and risk taking as writer. Eventually, I wrote my debut novel Diary of a Sex Addict as a challenge to myself to stay literary, but push my own subversive boundaries to their limits.

Trolling through Vimeo the other night on the hunt for a late night flick, I came across Verow and his quite extensive catalogue of work. I took a chance, sent him a tweet asking for an interview and he said sure thing.

Scott Alexander Hess: When my first novel, Diary of a Sex Addict was released a lot of people asked me if it was a "dirty book" (it's not, I tell them it's literary subversive). With your films, do you ever run into this sort of thing? Has anyone ever asked you if you make "dirty movies"?

Todd Verow: People always ask me if I make "dirty movies" and even when they say it with disgust you can see the sly grin creeping into the corners of their mouth and you know that the answer they want to hear is "yes". I don't have a problem with the word dirty, I have described my cinematography as "dirty cinematography" for many years. (I despise pretty cinematography and use available light or lighting inspired by the way real things are lit whenever I can). I do hate the implication that "dirty movies" are less than "serious films". I make films about people and sex and sexuality. People get dirty, and sex is dirty. I've been told that I have a shower scene in all of my movies, which I guess is true, so maybe my films are really dirty.

SAH: How was it interpreting Dennis Cooper's work and would you do it again? If so, which book and why?

TV: We had a blast making Frisk (which was based on the Dennis Cooper novel). I had made a bunch of short experimental films and done cinematography on a few low budget features and was looking for a way to stat making feature films. The producer Marcus Hu, knew my work and approached me about making Frisk into a feature film. Several people had said the novel was "un-filmmable", I love a challenge so I starting writing the script. When I finished my first version of the script they passed on it and me. My first script was far more extreme than the novel, much more bleak and disturbing. I still think it would have been a very interesting film but they passed on it and I forgot about it. A year or so later they came back to me and asked if I was interested in doing it again. I wrote a new script, which they approved and we shot it very quickly soon after that. I was very young then and I wasn't really prepared for the reaction the film would get. I was there in San Francisco for the film's premiere as the closing night movie of Frameline, the LGBT Film Festival (and it was gay pride day) when a riot broke out. I didn't really understand why, had no one read the book? What were they expecting? Other screening were similar and while it is always rewarding to get a passionate response from an audience, I did tire of defending a work that was not personal, that wasn't something from my heart. That's why I have prefer to work from my own material, or at least material that I have a strong personal connection to. I have adapted a few other things for the screen, The Boy With The Sun In His Eyes was based on James Derek Dwyer's novel and right now I am working on a script based on my father, Arthur C. Verow's short stories called We Don't Dance No More that I hope to start shooting next year.

SAH: You've been called a vanguard of the new queer cinema. Where is "queer cinema" headed. Do we need the category any longer? If so, what sets it clearly apart? 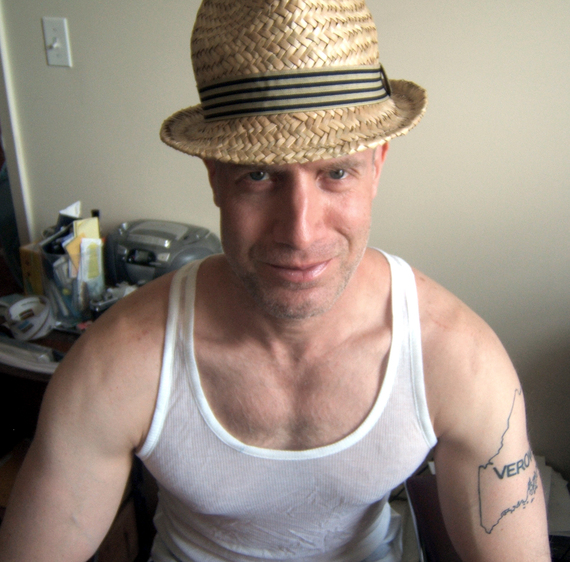 TV: Way back when new queer cinema wasn't just about getting LGBT characters on film, it was about playing with the different mediums, experimenting with the narrative and form. New Queer Cinema films were often dark and disturbing, not mainstream films. There was a punk sensibility, that had as much to do with AIDS and activism as it did with just not giving a fuck what people thought about the films. That has changed over the years, and Queer Cinema has become a genre, a queer-splotation. The need for queer cinema is stronger ever, but the definition has changed. Queer Cinema isn't just films by and about LGBT people, it is films about anyone who is an outsider, marginalized or different. Anyone can make a film now and for little or no money and when you make a film for nothing you have no one to answer to. You can be as original and outrageous as you want to be.

SAH: Tell us about one of the most challenging situations you have faced on a film set.

TV: Whenever I start a new film I remind myself every day that whatever can go wrong will go wrong. As long as you know that, expect it even then you can be prepared for anything. One of the most important qualities of being a director is being able to adapt, to think on your feet. There was one day, we were filming a drug/orgy scene for the movie The Endless Possibility of Sky and there was a blizzard happening outside. I thought it would be a great idea to get everyone to the roof of the building and film some of the scenes there, with the newly fallen snow merging with the skyline. Everything was going fine, and we got some great shots when we realized that the door had locked behind us and we couldn't get off the roof. I remained calm, filming some final shots as the sun was setting and trying to figure out how we were going to get off the damn roof before we all froze to death. Luckily some guys in the building next door had been watching us filming and realized our dilemma. I threw them my keys and they went into our building and opened the door for us.

SAH: What's next for you? And what drives you to keep producing work?

TV: I have a three new movies doing the festival circuit and coming out soon, Required Field which is an experimental film about a gay serial killer, This Side Of Heaven which is about an older trans woman desperately trying to hold onto her rent stabilized apartment and Sex & The Silver Gays a documentary that I co-directed with Charles Lum about a group of older gay men who get together every month for sex parties. I have started filming a new feature called Squirrels about three artistic people trying to survive in a studio apartment in modern day New York City. Then I will work on We Don't Dance No More which is about a bunch of different characters living in Bangor, Maine. I enjoy making films, telling stories and overcoming all the challenges that are involved with filmmaking. I like to keep busy.

SAH: For the New Yorkers reading, tell us a favorite spot of yours in Manhattan.

TV: I don't want to be one of those grouchy old New Yorker's who complains about the way things used to be, but it is depressing how many places I used to love have closed. There are still some old school places open, Benny's Burritos (sadly closed in the East Village where I live, but still alive and kicking in the West Village), Two Boots Pizza is still going strong though their cinema which I managed for a time closed almost 10 years ago. I'm not a fan of all the new artisinal cocktail lounges that keep opening, I prefer dive bars like THE COCK, or THE BOILER ROOM. As far as the cub scene goes, it's always best to keep up with Susanne Bartsch, she is keeping nightlife interesting in NYC bless her, she currently has a club night on Tuesday's at the Standard Hotel in the meeting packing district.

Todd's films are available on Vimeo.