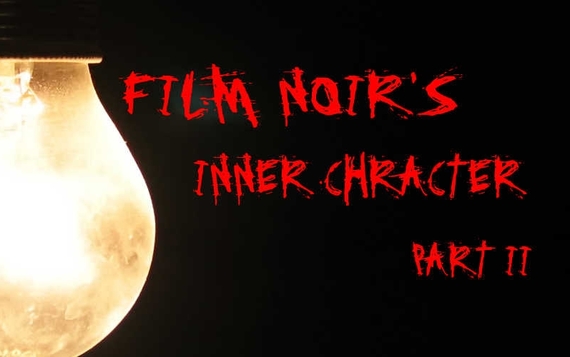 Exploring the popularity of film noir...

Returning from WWII to the conformity of the supposed American dream, letting go of a noir character's inner darkness couldn't have been easy. Then there were those who must have known noir was their nature to begin with - the war experience only exacerbating it, and the pressure to be part of a 1950s happy family must have been daunting.

Besides the consumption of film noir to feel genuine to oneself, or to vicariously see what it was like to be so darkly driven, or to aide in the transition of having been a killer back to being a husband and father, there were other signs of leakage that it wasn't easy to change into the pereived1950s family ideal.

Lucy wanted to work and was always trying to break into Ricky's show, but that was a joke, right? It was laughable...women working outside of the home. Men found themselves having to hit the bar/lounge on the way home from the career battlefield and have a martini, before heading home to the domestic battlefield? Why were things more chaotic than on TV? Yes, there was leakage.

And unbelievable oppression of who an individual really was.

In the 1950 film noirs, all the women who had been strong powerful individuals before the war, or during the war, like Joan Crawford, Betty Davis, and Barbara Stanwyck, were now suddenly playing victims - females terrified by a mere phone call. The message being: stay in line, stay in the kitchen - so to speak - or you might be brought in for questioning. At worst, you could be investigated and interrogated on television for un-American activities, or at best, judged by your neighbor.

The fictional noir characters on screen weren't participating in this societal model in any way, shape or form. Whether they were the criminals, or the private dicks chasing them, or the showgirls, or the molls, or the mysterious widows, they were all refusing to play house. The morals police insisted all of the films prove that crime, and/or a lack of morals, were going to be punished in some way or another by the end of the film.

Many people obsessed on these characters because they remembered when they were in a war and they had to kill or be killed. That was a terrible pressure. Now, having to participate in a perfect family was also a lot of pressure.

Besides being entertained, watching a film noir was an exercise in exploring if one had chosen the wrong life to live, and if the idealized 1950s family lifestyle was as joyful as they were being led to believe.

Truthfully, there have been many parents who should not have been pressured into the 1950s happy families. Many people who should have only chased criminals and chorines might have been happy with only that. Some should have only hung at the racetrack and had dinner with friends. Or others should have spent time mostly talking on the telephone, dancing, and doing their nails.

There is no doubt a slew of people could tell you their parents would have been so much better off not trying to live the American Dream in a sheltered house surrounded by a white picket fence. They'll tell you how much happier everyone would have been if their parents had just lived their whole lives like noir characters, rather than drag whiffs of it to the dinner table.

The pressure was so great to live in a perfect 1950s television family that by 1958 Americans finally believed they had the dream overall in the nation and film noir became far less popular as a form of relief from conformity.

That was until 1963 when Kennedy was assassinated, which showed there was a very healthy dose of the darkness still out there after all. The shock of Kennedy's death blew the fantasy of how family life will protect you, and the nation, all to hell.

Soon after the late 40s and 50s, offspring of those who witnessed WWII, formed their own rebellion against the American Dream and, as hippies, tried and succeeded to an extent, to overthrow the establishment in which they were reared. They knew first hand it was hypocritical and oppressive.

They had been raised with morals and righteously believed a new lifestyle was the better, more moral way to live, not really seeing their own self-righteousness was a very similar offshoot from the same constricted pressure they learned at home growing up. But they did very much care about community. If they didn't become Yuppies, they grew to be the guardians of the planet and animals. Being a conforming happy family still seem to fit in well with this alternative lifestyle. 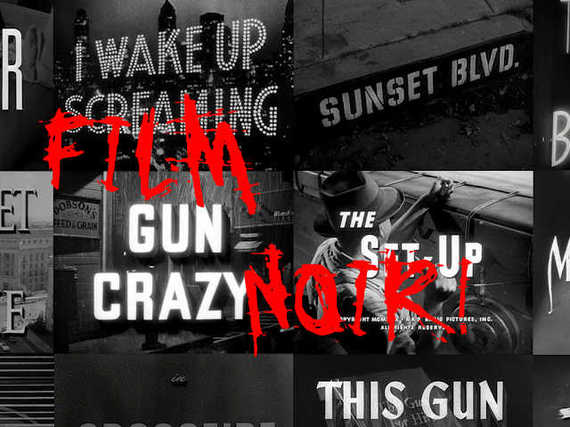 It can also be argued that artists, designers, and most very creative people can also be very alternative in their lack of need for the 1950s family structure. Their creative drive is paramount to everything else. They get fulfillment through the results of their creative output and products.

The satisfaction creative artists and tree huggers derive from their passions denote an inner emotional world that, although still being alternative from the happy family tradition, are still pro social.

Noir characters, on the other hand, don't live for others. They live self-righteously and selfishly. And the genre will never completely die because there are those who are not built for family life, creativity, or granola eating. These noir individuals will seek, consciously or not, justification for living life as who they are, in the shadows or not.

The inclination here might be to label them sociopathic, but that temptation is counter intelligent to the fact the gumshoes and cops, and their informants, are also very much noir characters. They are driven by their own inner worlds that may be about protecting the American family, and society etc., which doesn't necessarily mean they want personally to live that conforming lifestyle.

Film noir characters are primarily emotion driven. Auteur Stanley Kubrick said only two emotions drive them: desire and threat. I would add adrenaline. Noir characters get bored easily. Adrenaline is a physical addiction and not necessarily a desire. They would never be happy living in the suburbs or hanging at the Mall of America.

Conformity and the traditional family structure might be sought out for those who need daily routine, for those who fear the tumultuousness of being around those who are selfishly driven. But as long as those in the burbs question their static lifestyles, and they wonder internally if the sacrifices they make for that peace are worth it, or worse, suspect they have given up their coolness for stability, there will always be noirs to serve the explorations of their own natures.

Thx to the late Suzanne Manders for her input into this article.

ABOUT THE AUTHOR: Novelist, screenwriter, and television personality, Paul Bishop spent 35 years with the Los Angeles Police Department, where he was twice honored as Detective of the Year. He continues to work privately as an expert in deception and interrogation. His fifteen novels include five in his LAPD Homicide Detective Fey Croaker series. His latest novel, Lie Catchers, begins a new series featuring LAPD interrogators Ray Pagan and Calamity Jane Randall.