Polaroid has always been a bit of a legend and a bit of a mystery to me. I grew up in the 80s, so Polaroid was pop culture, although less and less so as I came of age. By the time I became a "photographer" Polaroids were no longer really in use, even though the Polaroid Corporation continued to make various films into the late 2000s. Finally, by 2008 or so, it had completely vanished.

Enter the Impossible Project, a Dutch company that bought the old Polaroid factory along with their patents etc. Soon Polaroid film - and therefore Polaroid cameras - would be up and working again. However, not all would be the same.

Given my lifelong curiosity with Polaroid cameras, I recently decided to dive in. I contacted the good people at The Impossible Project and we hashed out a deal for them to sponsor a project. Soon after they sent me a really nice refurbished SX-70 along with a hefty supply of film. Thanks be to The Impossible Project and their wonderful employees!

I really wanted to like their film. I really wanted to fall in love with the SX-70, one of the most romantic cameras of all time. I imagined myself roaming the streets of New York, SX-70 slung over my shoulder, making some of my greatest photographs to date. Alas, none of this would come to pass.

Here's the short version of the story: Impossible film is just not stable enough (yet!) to be really useful. I hate to say it, but that seems to be the truth of the matter.

I tried the SX-70 indoors with ample light, but to no avail. Here's Matthew in a failed attempt at a brightly lit portrait. 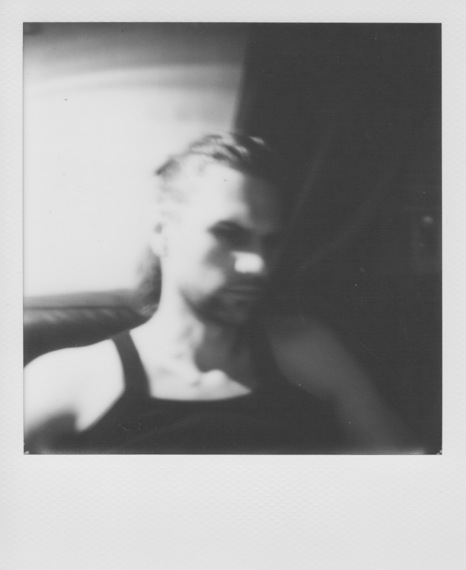 Next, I tried the B&W film outdoors. Better success. Here's Granamyr's claw. But things were still difficult. Sunlight and heat would be major obstacles to overcome in New York in July. The film doesn't like weather that is too hot, or too cold. It also doesn't like too much light in those first few seconds after exposure. 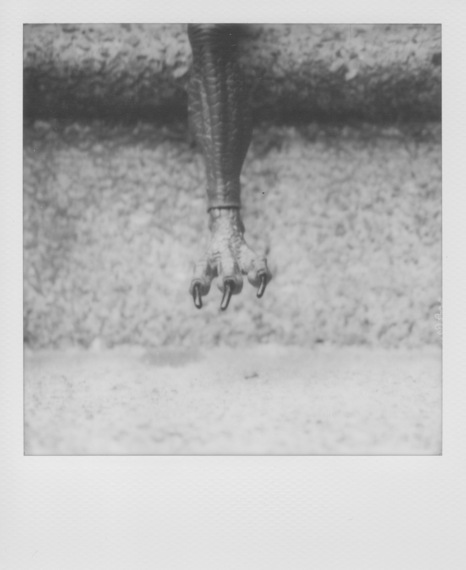 I installed the frog tongue, after a lot of frustration (poor directions, no visuals), and things again improved some. Here are a few more attempts at outdoor photography with color and black and white film. 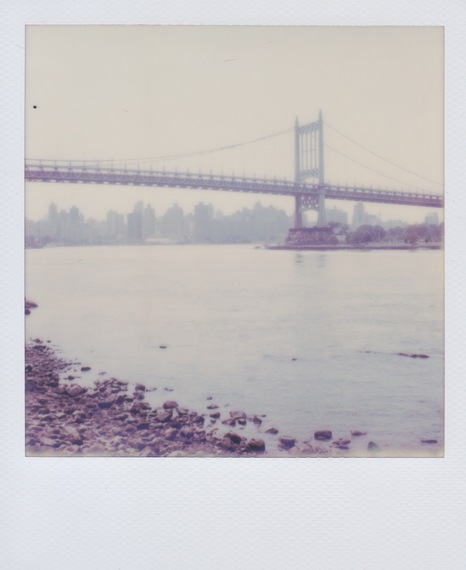 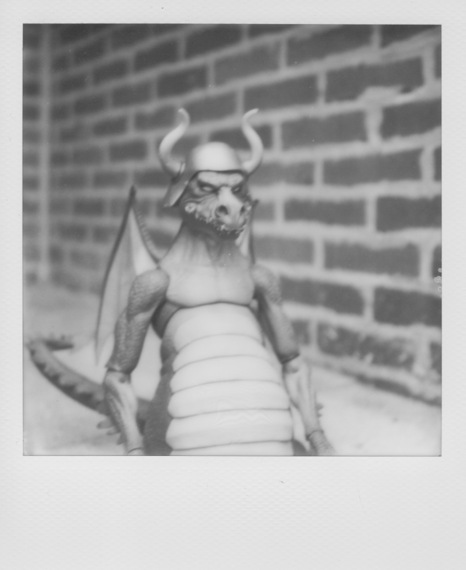 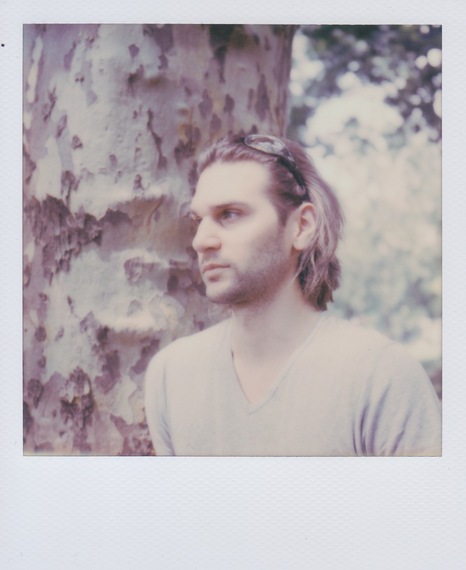 In this next shot, the brick wall was a vibrant yellow. As you can see the film did not pick up the color well at all. In the following shot, a red and white wall is similarly washed out, although the photo is my favorite of all of them. It's artsy and abstract and fun! This is perhaps were the gem lies in Impossible film - in the experimentation and fun. 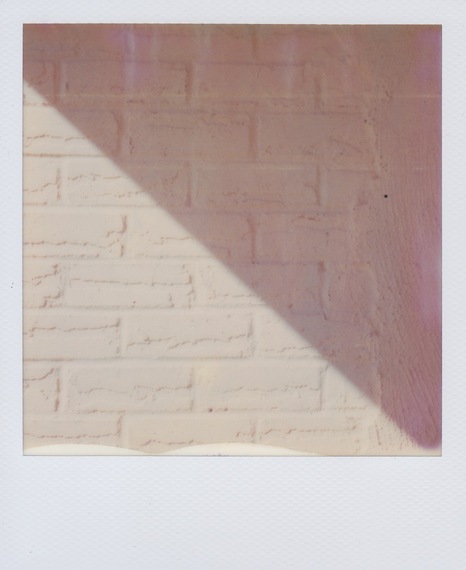 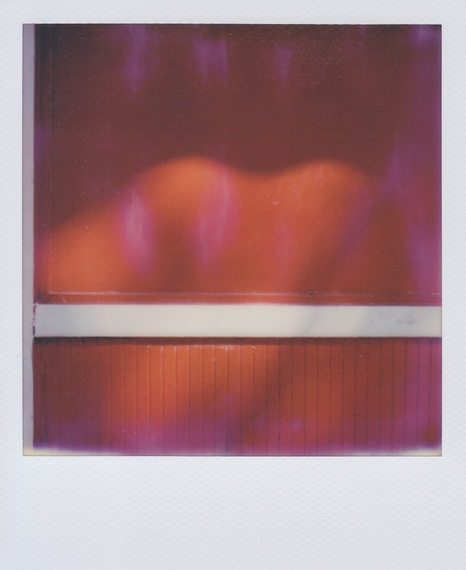 This next image shows the lack of detail in the image, despite having the focus sharp at the time of capture. 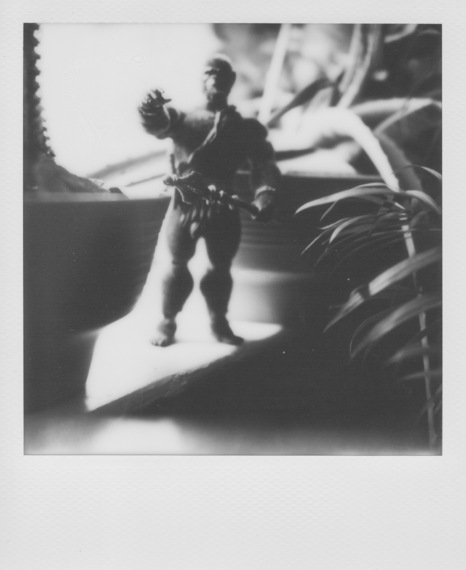 The Impossible Project has been around for some time now. I think it is safe to say the "novelty" of it all has worn away. People still using this film are likely genuinely interested in instant film and not merely the "idea" of it. Having said this, this is where we are now with getting the Polaroid image back into pop culture. We kinda, sorta, more or less have it, but not quite. The images are just not we used to know as a "Polaroid photograph". In their defense, the team at Impossible tells me that Holland (where their factory is located) has restricted the use of many chemicals on environmental grounds. This is great for the environment, but poor for the film quality. Yet, at least they are trying to get things going again and still remain environmentally friendly. Fujifilm Instax film on the other hand is likely using much more harmful chemicals to achieve their superior results. This is all worth noting, as is the general observation that analog film, in general terms, is not all that congruent with environmental movements.

In the end, I have to say there is indeed something magical about using a Polaroid camera, about the SX-70 especially. The decisive clunk of the shutter button, the whirl of the gears and the spitting out of a real piece of photographic history. It's all very exciting. The disappointment comes in terms of the quality of the image. The film just doesn't resolve enough detail to really be useful for serious photography and, at just over $3 a shot, it's an expensive hobby. Despite this, The Impossible Project says they sold over 1 million packs of film last year and things are on the rise. They also tell me that there is a new generation of film being beta tested as I write this post. That's exciting because I would really like to see the Impossible become, well, more possible. The very real and wonderful people behind this project are trying to do a good thing for photography, but they may have a steep hill yet to climb. Regardless, I'm not giving up on the SX-70 or The Impossible Project just yet. 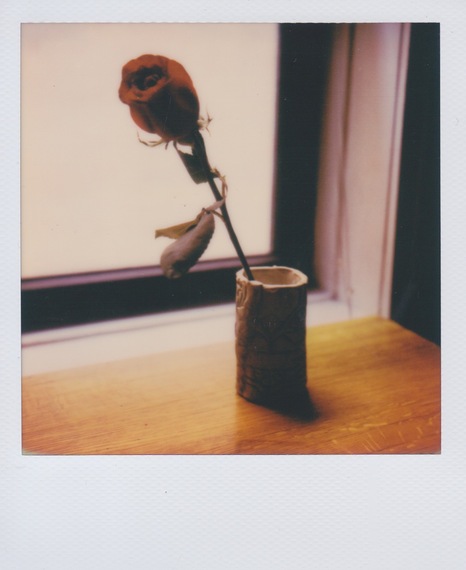 Bottom Line: I can wholeheartedly recommend Impossible film for personal fun and/or experimental use, but cannot recommend it (at this time) for anything serious or professional. It's a mixed bag verdict.

Michael Ernest Sweet is a New York City-based Canadian writer and photographer. He is the author of two photography books, The Human Fragment and Michael Sweet's Coney Island, both from Brooklyn Arts Press. Follow Michael through Facebook or his website.