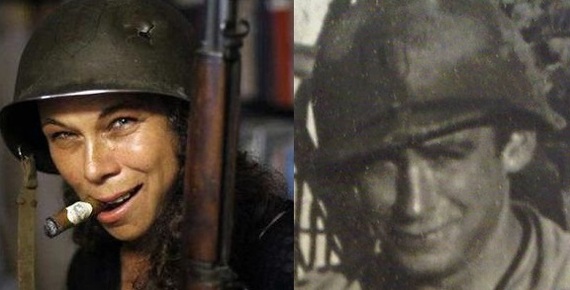 In his memoir A Third Face: My Tale of Writing, Fighting, and Filmmaking, Samuel Fuller wrote, "Heroes? No such damned thing! You moved your ass one way. And you didn't get hit. You moved it another way, you were blown to bits." That same thought must have crossed his mind on D-Day as he and "doggies" of the 2nd Battalion, 16th Infantry disembarked the USS Henrico, down its port-side netting and into bobbing LCVPs. 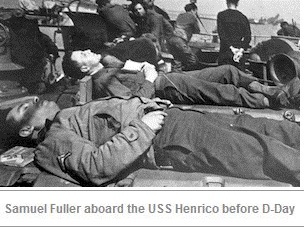 D-Day wasn't his first action. He'd been with the same outfit since Tunisia, and if Kasserine Pass, or the battle for Troina in Sicily didn't kill him, odds were that "Dog Red" on Omaha Beach would. It's a miracle he wasn't one of the thousands of casualties that day.

"D-Day impacted my father for the rest of his life and was never the same after that," Fuller's daughter Samantha Fuller told us. "He would tell me and anyone else who was around how he survived that horrific experience. I was present during the production of The Big Red One. I actually saw him reliving his D-Day experience on the set of that film. 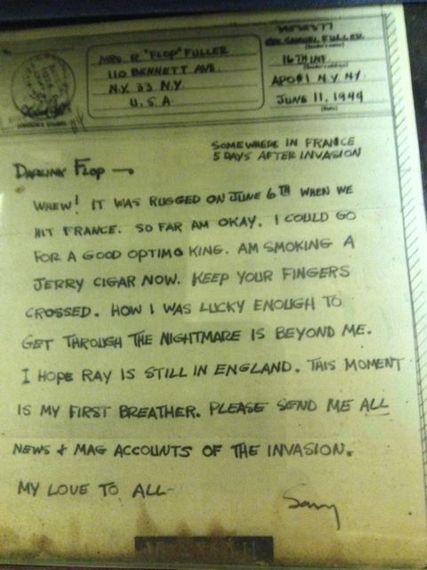 Ten months before D-Day, in Tunisia, the regimental commander Colonel Taylor, impressed by Fuller's Hollywood pedigree, enlisted the then Private as official regimental historian and arranged a transfer to 2nd Battalion Headquarters - much to the rifleman's dismay. Although ten years older than the average recruit, Fuller was compelled beyond reason to fight.

"He went to war in the mind of a journalist, a story teller, so his mission was to tell that story, said Fuller. "He even told the army recruiter before his induction, 'I have a helluva opportunity to cover the biggest crime story of the century and nothing is going to stop me from being an eyewitness.'"

For even a hardened veteran like Cpl Fuller, D-Day was a rendezvous with indescribable human tragedy. The Higgins boat ride to shore was a ghastly and dangerous affair, endorsed by intense German small arms fire from and artillery. The specter of floating bodies of dead DD tank crews greeted the landing craft 100 yards out into the channel (Fuller once wrote, "I saw a man's mouth - a mouth, for Chrissakes floating in the water.")

What happened to him next is best summed up by the citation for his Silver Star Medal:

"His war experience was only a few years of his life, but those years formed him for the remaining of his existence," said Fuller's daughter, a filmmaker herself and currently on the festival circuit with her documentary tribute to her late father, A Fuller Life: The Story of a True American Maverick. 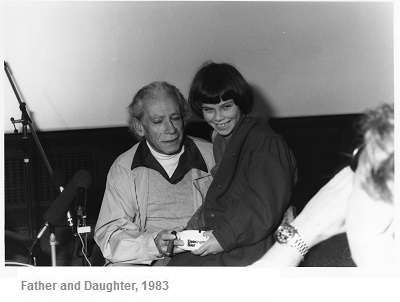 "As a very small child I couldn't really understand his over-reacting to a loud surprising sound, like a door slamming or a dish crashing to the ground. I quickly learned to act softly around him, like setting the table without abruptly putting the dishes down or to make sure there wasn't a draft in the house that would make a door slam unexpectedly. On the other hand he didn't have a problem shooting a gun to call "action" at the beginning of a scene on a movie set. That's because he was in control of the situation. It was the element of surprise that disturbed him."

Correction: The above photo of Corporal Sam Fuller was taken by Robert Capa on the deck of the USS Samuel Chase (APA-26), not the USS Henrico, just before the invasion. Fuller landed on Omaha with the regimental command section - which included Capa and Colonel George Taylor.

A Fuller Life: The Sam Fuller Documentary - Trailer from Samantha Fuller on Vimeo.