Welcome to the 21st century, when people aim for "likes" and laughs over loyalty.

When people can't spend time with others without feeling antsy to check their possible texts, "likes" favorites, retweets, repins or reblogs.

When people complain about the "hook-up culture" but don't know how to date. 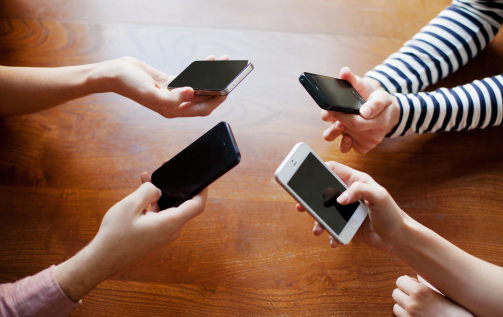 It sounds pathetic, doesn't it? Even if it doesn't describe all of us, it describes the majority of our society. We're alive during such a progressive time and yet we're falling backward.

What's funny about living in this day and age is that most of us seem to simultaneously be dependent on modern technology and be frustrated with how it's transformed areas of our lives that were already stressful enough without it -- i.e. dating, relationships, and confrontation. We love being able to freely and easily communicate and connect, but the more we communicate, the less we really connect. We text and "like" each other's posts often enough that we don't feel the need to physically get together or make and stick to plans as much. It's too easy to back out as a result of laziness or fear of confrontation.

So, here I go. I'm calling myself out, and I'm calling you out. It's time to step up our game. We can't allow ourselves to fall victim to this overly unconcerned culture.

The question is, how do we change it? How do we live more authentic and fulfilling lives in a filtered world? How do we date and pursue relationships when these things have become so casual?

The answers vary from person to person, but it all begins with doing things for the right reasons and not losing ourselves in a fantasy world we've created behind computers and phones.

We don't have to delete every social media profile we have, completely ditch dating sites and apps, and stop carrying around our iPhones and Galaxies. If you want to, go for it. But, you can keep these things without letting them ruin you by sticking to these six rules:

1. You don't need picture proof of everything. Pictures are nice, but don't lose memories to pictures. 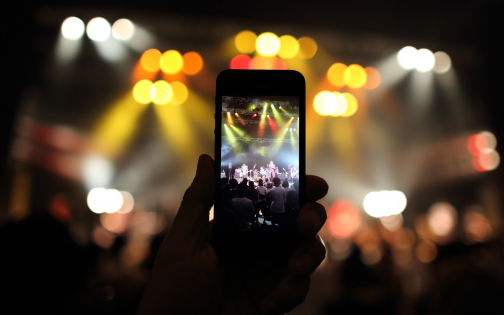 It's sad how often I hear or read someone saying, "Picture or it didn't happen." People are so busy collecting proof of experiences that they forget to actually have experiences. They would rather prove they were with a certain person or at a certain place or event than connect with that person, explore the place, take in the event. Of course you can take tons of pictures and have a fulfilling life, but it's so easy, especially today, to lose yourself in needing picture proof of things in order to get recognition. A picture is a beautiful, physical form of a memory, but it doesn't mean as much as the memory itself. Sometimes you just have to keep things for yourself.

Fun Fact: If there's no picture proof, sure, maybe it didn't happen. Then again, maybe it did. And maybe it was too damn good to stop and snap.

2. Don't filter every photo. Appreciate how things naturally are.

We may not even realize it, but it seems like a lot of us have become so used to filtered and edited photos that it's almost strange to see an untouched one. The people with the bright, cropped, uniform Instagram photos seem to live more exciting lives than the people who don't edit so much. We're more likely to follow and want to keep up with people who are posting cool-looking photos than people who are being their authentic selves.

Let's challenge ourselves to keep more pictures in their original forms. Not because editing is terrible and should never be done, but because we shouldn't allow ourselves to get too comfortable with facades and a false sense of reality.

If any bit of your self-worth is dependent upon the amount of "likes" you get on a picture or post, you need to take a hard look at yourself. You have every right to care about "likes" and recognition, but the second you feel less important or less confident because of a lack of "likes," that's a problem. We all like to see positive notifications on our posts, but we shouldn't be posting things for positive notifications. For instance, if you post a picture, quote, or link to call attention to an important cause or news story, that's wonderful. But, if you delete the post or feel down about it based on a lack of notifications on it, your heart isn't in the right place. And neither is your mind. When it comes down to it, the more you live with positive intentions and the less you care about "likes," the freer you feel.

4. Don't let the casual vibe of dating and hook-up apps keep you from making effort, regardless of what you're looking for.

While technology plays a huge part in opening the lines of communication for dating and hook-ups, it also has a way of keeping people guarded. Because we've become used to constant technology and apps at our fingertips, our attention spans have shortened, and we get bored more easily than we used to. People don't feel the need to put in effort anymore, because everything is so "easy." In reality, by not putting in effort, we make things harder on ourselves. With so many people trying to "play it cool" and not seem too eager, conversations tend to die out or turn raunchy too quickly.

Don't let yourself get sucked into that. Give yourself and the people you're talking to genuine respect. Whether you're looking for a relationship or a casual hook-up, make an effort to get to know each individual person you talk to. And don't be afraid to let them get to know you. Be sarcastic. Be flirty. Be sporty. Be family-oriented. Be goofy. Whatever you are and however you feel, go with it. Stop trying to keep your answers super short and seem like you have better things to be doing. That's not attractive. Instead, be in the moment. Ask questions. Answer the other person's questions honestly and openly as long as you feel comfortable to do so. Politely end conversations with people you aren't interested in. Just be a real person, and if anyone tries to fault you for "looking for something real through a hook-up app," that's on them, not on you. We should always be seeking real connections with other people, and there's nothing "uncool" about that. 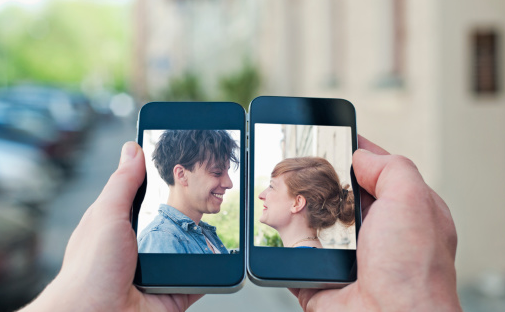 5. Give the texting a break and just call (even if your heart races from the moment you hit the green button).

Can you think of someone you're close to but don't talk to often? Someone you've lost touch with? Someone you talk to often via text but rarely, if ever, over the phone? Give them a call. Do it. I dare you. It might be weird for both of you at first, but it'll be meaningful. And, if it isn't meaningful, you just did something cool. Give yourself a treat.

Tip: If you've been talking to someone and are planning a first date with them, suggest setting up a phone conversation beforehand. Worst-case scenario, they say no (which is probably a red flag). Or, they say yes, and you find out quickly there's no substance there. Best-case scenario, it goes really well, and you feel like a kid in a candy store.

There's a sense of nostalgia and intimacy that comes from a nice phone conversation, and we shouldn't lose that. Not with romantic interests, friends, or family.

This is the most important, all-encompassing rule.

You don't need to be staring at your phone in a checkout line, in a waiting room, or at a restaurant. Everyone around you may have their phone out, but keep yours away. Just be there and wait, even if it feels uncomfortable. Listen to conversations going on around you. Start a conversation with a stranger. Reignite conversations with friends and family. Force yourself to remember what it feels like to stand around or be engaged in an activity without holding something and looking at a screen. Do something active, and put your phone away the entire time. Actually live and be alive.

Because this is life. As stated in the movie Garden State, "If nothing else, it's life. It's real, and sometimes it f**kin' hurts, but it's sort of all we have." So let's grab onto it. Let's filter less. Let's stop trying to hide the "bad" and the "blemishes." Let's own ourselves, love ourselves, forgive our mistakes, and do the same for others. That's what really matters. Not a cool-looking Instagram profile. 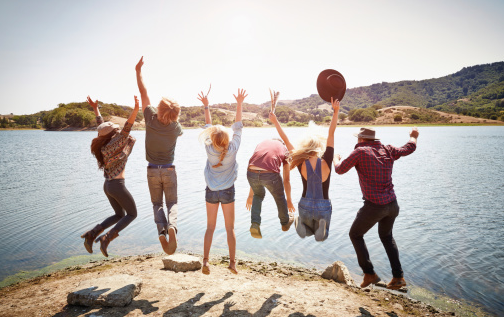