For decades, I was a polite, deferential guy. You want that parking spot I've been waiting for that you just stole? No problem, it's yours. You smash into me on the train with that oversize backpack? Hey, I'm sure it must be hard to carry.

I'm no wimp, but was raised to be respectful, if perhaps too much so, and to pick fights that mattered, not simply to prove you're a tough guy. 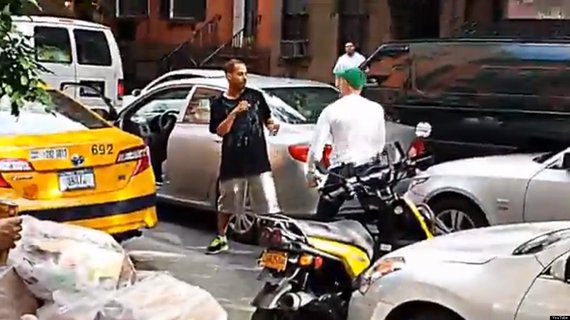 Some of my behavioral filters are eroding. I'm still a nice guy -- that sorry-ass part of my DNA unfortunately seems permanent. But I'm getting a little tougher, especially when I witness behavior that involves other people being at risk or acting as though only they occupy the planet.

(I haven't gotten to the point, and never will, where I'm doing things like choking the person in front of me on the plane for reclining the seat -- hard to believe such stuff happens.)

Maybe my filter is coming down because I'm braver, maybe I'm getting senile early, or maybe I have made the internal calculation that people are unlikely to beat the crap out of a 60-plus year old man when he pipes up.

Not long ago, I was walking down a midtown Manhattan street, and I stopped to turn around when I heard someone screaming at the top of her lungs. A woman, perhaps in her 40s, was berating her young (10? 11?) son. I mean, this was loud.

Others stopped as well. It was early afternoon, a crowded street, and impossible to ignore.

I don't know what the young boy had done, but unless he ratted her out to the police for human trafficking, there's nothing he could have done that justified his mother's goosebump-inducing, set-off-car-alarms rant.

My girlfriend was with me, and was as appalled as I. Had she not been with me, I like to think I would have gone over to intervene. As it is, I'm sorry I didn't.

I have always had zero tolerance for people picking on, yelling at, and embarrassing kids. There were a couple of times when I spoke up over the years, only to be told by the screaming party to butt out of their business (I never realized emotional abuse was someone's business, but there you have it). 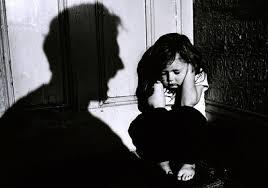 This new-found bravado isn't limited to dealing with the abusive parent on the street.

The people talking so loud at the restaurant that you would think they are warning of an impending avalanche on Everest get a word or two.

The guy who rams into me on the train who I used to ignore now tests my filter. These days, I may say "Excuse me?" loud enough that I know I'm heard. Not exactly Charles Bronson "Death Wish" conduct (if you're under 50, look it up) but a start.

No, I'm not becoming the crusty old guy. If anything, I am too young at heart, too determined to pretend that I am not getting older.

But I do have less patience for folks who believe they can steamroll their way through life. Maybe that's (part of) why I find Donald Trump so offensive. "Get outta my way, I'm rich and arrogant and have a wife half my age. I'm smarter than you. Go back to Mexico/Guatemala/Honduras/fill in the funny accent/darker skin country of origin."

BS and arrogance and bullying have always been anathema to me. My original Twitter handle was BS Avenger, and I wrote a screenplay of the same name that got five minutes of attention during my "Hollywood period."

I have never liked self-promoters and people who tell you how smart and attractive and accomplished they are.

Even when I used to read online dating profiles, if a woman wrote, "I'm a very attractive woman..." that would be it, I'd stop reading. Tell me you're a mother of three, brag about your kids, tell me you're an insurance executive. I can deal with that. Tell me how attractive or smart you are? I stop paying attention.

These days, I'm more likely to say something about those sorts of behaviors.

I'm ashamed that I didn't confront the woman on that Manhattan street a couple of months ago. I should have. That filter has to come down completely.

Next time, I will intervene. It's a promise. And if the object of my intervention decides s/he wants to beat the crap out of this old guy, I'll take that chance if it saves a kid from humiliation and emotional abuse. The odds are someone who berates a child in public probably wouldn't have a problem attacking an older person. I'll let you know.