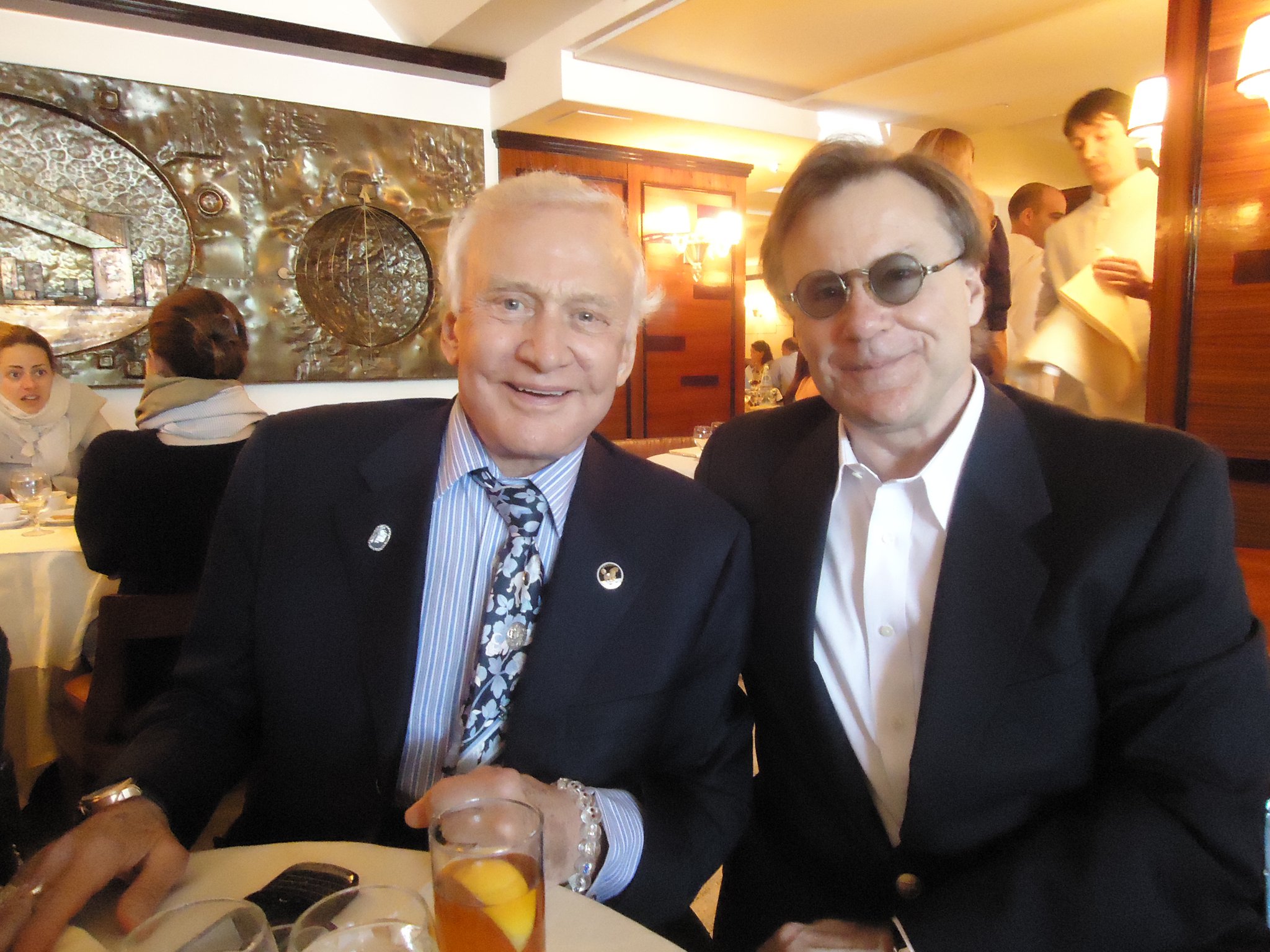 With the final Shuttle landing (Atlantis) scheduled for July 20 -- the 42-year anniversary of Apollo 11's historic lunar landing -- I've been trying to find appropriate words to mark the occasion. As with all Americans, I have mixed feelings, but mostly ones of sadness.

When President John Kennedy announced in 1962 we would have a man on the moon by the end of that decade, by God we did! What's followed, at least from the manned side of space flight, has been disappointing. Don't get me wrong; the Shuttle is a fabulous machine. But for those of us with hopes of manned missions to Mars and beyond by now, it hasn't lived up.

To mark the day, then, I have chosen select words from Apollo astronauts I've been lucky enough to interview over the years. Better than anyone, they express the wonder of mankind's most amazing endeavor. To keep the hope alive myself, I've purchased a ticket from Virgin Galactic Airways to fly into suborbital space in 2013. But that's a far cry from traveling to another world.

Bill Anders, Apollo 8 astronaut who shot "Earthrise" on Christmas eve 1968, when I asked what made his photo so iconic:

The view points out the beauty of Earth - and its fragility. That little atmospheric thing you and I are enjoying now is nothing more than the skin on an apple around the core. "Earthrise" helped kick-start the environmental movement. I gave a nice print to Al Gore, which he used in the first scene of Inconvenient Truth. It's curious to me that the press and people on the ground have kind of forgotten our history-making voyage, and what's symbolic of the flight is the "Earthrise" picture. Here we came all the way to the Moon to discover the Earth.

Apollo 11's Neil Armstrong, first man to walk on the moon in 1969, when I asked about his difficult landing:

The powered descent, final approach and landing were the most challenging segments. The unknowns were substantial, the systems were heavily loaded and it was the first time these sequences had been attempted in flight. Fortunately, the Lunar Module handling characteristics were better than we had any right to expect. And our practice on the Lunar Module Simulator and in the free-flying Lunar Landing Training Vehicle had given us high confidence in our piloting ability. Aborting required shutting down the landing engine, separating the ascent stage from the descent stage with explosive charges and igniting the ascent engine. That was a very high risk procedure, particularly at low altitude. It was to be avoided unless absolutely necessary. So Apollo 11 was always closer to landing than aborting.

Buzz Aldrin, Armstrong's crew-mate, when I asked about his feelings while walking on the moon:

Can you give me some multiple choices I can pick from to describe my emotions? I don't go through life verbalizing what I feel. After the fact, it's kind of difficult. I guess if you're used to a lot of describing, those things come easily. We were not really picked to do that. That's why the greatest inadequacy in my life is when someone asks, 'What did it feel like?' I could probably manufacture all sorts of wondrous things. But in retrospect, I felt like we were proceeding with things on the checklist. The words I felt most descriptive were very spontaneous and prompted by an observation of just looking around and responding. At the time, all I could come up with was an acute contrast. So I said 'magnificent desolation.' Those are opposing words. The magnificence of humans after millions of years being to make a spacecraft capable of visiting another object -- and then successfully landing it -- what an achievement! But I was also impressed with the total desolation I saw in front of me: black sky, no stars and the horizon clearly curving away.

Alan Bean, Apollo 14 moonwalker turned painter, when I asked how fresh his actual memories of the moon are versus the photos he's seen over the past four decades:

They know by test that everybody's memory of the past the further back you go is more erroneous, even though you don't think so. We do know that psychiatrists and psychologists ask that question about learning all the time. I would say this: Some things are probably fresher than others. And I do often ask myself, 'Am I really remembering what happened, or am I only remembering how I've been answering this question?' I don't think there's a way to really know an answer.

Apollo 17's Gene Cernan, last man on the moon, when I asked about his final steps on the lunar surface in 1972:

As I stepped up onto the ladder, I looked back at Earth in all its splendor -- I call it sitting on God's front porch looking home -- then down at my last footprint and realized, 'Hey, I'm not coming this way again.' It's not like going to grandma's farm, like I did as a kid, and coming back next summer. I hesitated, asking what was the meaning of the last three days -- not just to me, but to all who would follow. I didn't have an answer then, and I don't now. How long did it take to realize the significance of Columbus' voyage across the ocean? Certainly not 40 years. Maybe in another 40 we'll realize Apollo's significance to our future as a civilization.