Kevin Price is one emergency away from not being able to cover his basic needs, but he doesn’t fit the stereotype of someone living on the financial edge.

Price lives in a three-bedroom house with his wife and two children in a suburb of Wilmington, Del. The family owns two cars, the kids participate in high school sports, and they all attend church services regularly. Price works full-time, as does his wife, and thanks to her job, the family has access to health insurance. But after covering rent, the cost of insurance for Price, his wife and their two children and other basic expenses, the couple had just $223 left in the bank in January.

Of his precarious financial situation, Price, 44, said, “It’s like Muzak in the back of your head. It’s a constant little annoyance.”

Price and his family aren’t alone in dealing with this constant threat. Nearly 44 percent of American households don’t have enough savings to cover their basic expenses for three months in the event of a financial emergency like losing a job or paying for unexpected medical care, according to a recent report from the Corporation for Enterprise Development. That figure has changed little from last year, the Assets and Opportunity Scorecard found.

“These are households and individuals that are living paycheck-to-paycheck. And without savings, you’re one misstep away from financial disaster,” Justin King, federal policy liaison for the New America Foundation, told The Huffington Post.

The Great Recession and its aftermath brought the plight of Americans facing financial insecurity to the forefront, Andrea Levere, president of the CFED, told The Huffington Post.

“It’s really a mainstream issue,” Levere said. “The good piece about this recession is that this issue isn’t just about 'those poor people,' it’s about half of us.”

Many of the Americans living on the financial edge are employed and living a middle-class lifestyle, the report found. Three-quarters are employed full-time and more than 15 percent earn more than $55,000 per year, according to the Assets and Opportunity Scorecard. The median household income in the U.S. was $52,762 between 2007 and 2011, according to the Census Bureau.

There are a variety of reasons why so many Americans with full-time jobs and relatively high incomes are risk: They’re coping with stagnating wages and rising prices. This group is also navigating a banking system that subsidizes wealth-building programs -- like homeownership and retirement accounts -- that are geared towards the wealthy but don't offer the same boost to poor and middle-class savers, the report noted.

“The big economic trends of the last 20, 30 years are stagnating wages. Other costs are rising substantially -- income and wealth are concentrated at the top of the ladder,” King said. “Everything is more expensive, and they’ve got the same size paycheck to pay for it all.”

In addition to stagnant wages and high costs of living, many Americans are also struggling to pay for financial services, sometimes turning to non-traditional money lenders that can charge high fees. Critics say the lack of financial products available for lower- and middle-income Americans sends the message that savings shouldn't be a priority, unless you're already rich.

“We tell wealthy people to save and we’ll reward you for it, and we tell middle-class and lower-class folks -- don’t even bother because there’s nothing in it for you,” King said.

Price is one of those Americans looking to save, but he doesn’t have the means quite yet, he said. He and his wife both have checking accounts, but they don’t have a savings account. As for other forms of wealth-building, Price said his wife just has a small 401k retirement account. The millions of households like Price’s that are struggling to spend and save enough to invest in their future present “very significant consequences for economic growth,” Levere said.

“These folks should be the backbone of the economy, but they’re living scared right now,” King said. “People are focused first on making ends meet.”

Nearly Half Of American Households Are 1 Emergency Away From Financial Disaster, Report Finds
13 Common Bank Fees And Policies 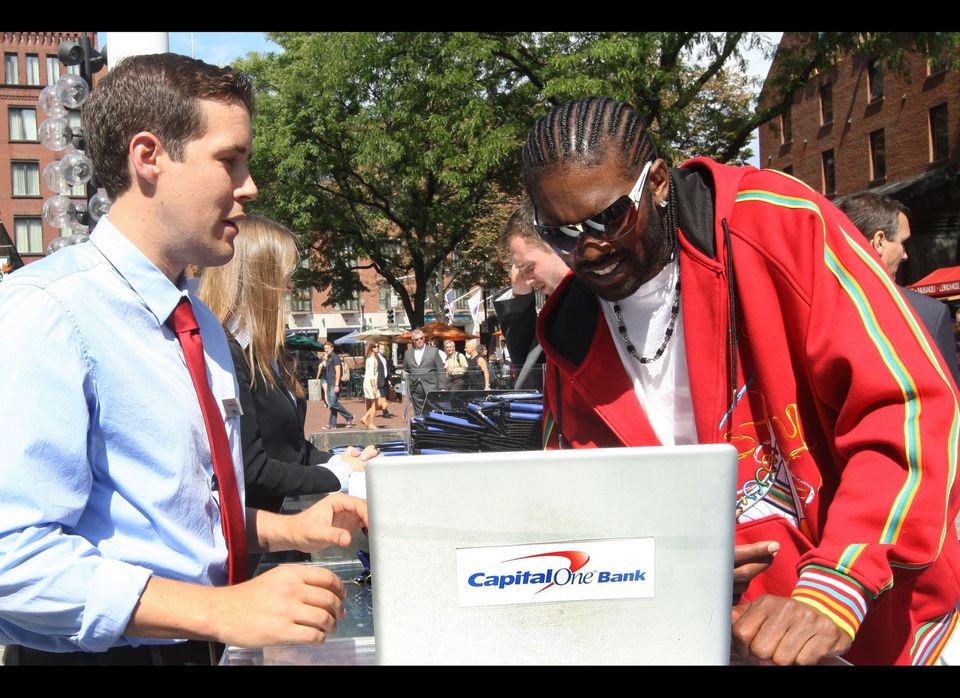 1 / 13
Length Of Disclosures - 111 Pages
The average length of disclosures for checking account contracts is 111 pages.
AP